With the release of Pillow Talk, her third studio album in as many years, singer-rapper-songwriter Tink proves that releasing one album each year is not an easy achievement. The 16 songs on Pillow Talk, which Hitmaka, her rumoured boyfriend, executive produced, unfold like a compilation of journal entries as the Chicago native reveals her deepest secrets.

On this record, Tink flexes her R&B muscles, proving to the world that the storied genre isn’t dead. In terms of lyrics, she tackles romance in a way that is intimate, and truthful. All in all, Pillow Talk is perfect for that moment shortly after something goes down in the bedroom. The LP boasts guest features from 2 Chainz, Muni Long, Toosii, Fabolous, G Herbo, Russ, and Layton Greene. 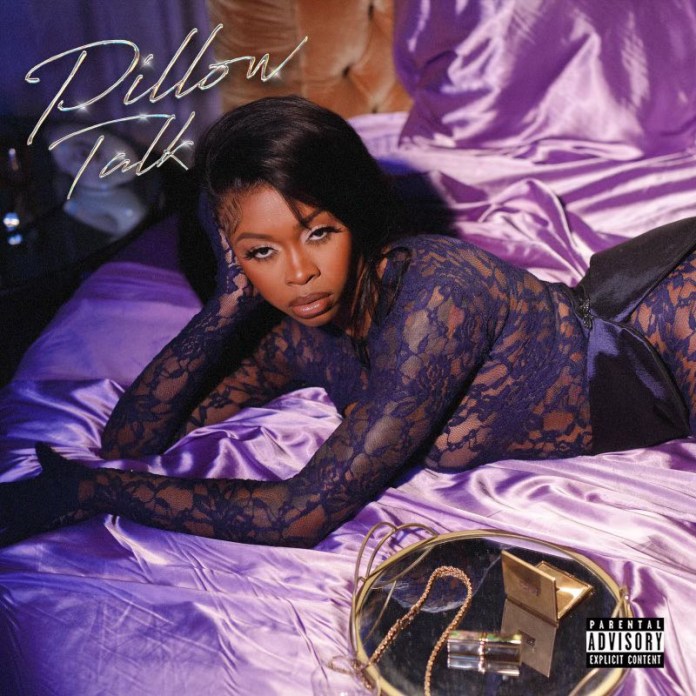 On very fine, purple satin sheets, Tink can be seen laying on what appears to be a bed, judging from the quality leather headboard peeking from behind her head. With her hair all shiny and nicely done, she is adorned in an equally-matching purple netty, see-through dress, as she supports her head with her and looks up at the cam with those inviting, “come hither” eyes. That is just about the same energy the album leans into, as she lets us into her personal space and takes us on a dissecting journey of both her love and sex life. Pillow Talk has never looked so sexy.

On “Goin Bad,” Tink dives right into heartbreak. She informs her errant boyfriend of all the ways she may get even with him for manipulating her feelings. “In my bag, could be goin’ bad / Blowin’ money, p***y poppin’ on another man / Could be out here pillow talkin’ with his other friends / Stuntin’ on him and finessin’ like a credit scam,” she sings.

Tink uses timeless R&B ballads like Xscape’s “Who Do I Run To?,” H-Town’s “Knockin’ da Boots,” Bobby Brown’s “Tenderoni,” and Silk’s “Lose Control” to weave in a healthy dose of nostalgia throughout the album, much like she does on “Throwback.” Her lovefest of the classics doesn’t stop there. The album’s first single, “Cater” featuring 2 Chainz, interpolates Destiny’s Child’s “Cater 2 U.”

She then taps fellow singer-songwriter Muni Long to take on the Brandy and Monica hit single “The Boy Is Mine.” Though it could have been easy to fumble such a revered classic, the ladies do it justice and then some as they go back-and-forth over the same philandering man.

Tink ultimately comes to her senses on the album’s closing track, “I Choose Me,” just when it seems that there is no chance left for her to escape this man’s stranglehold on her heart. Broken but no longer able to ignore his cheating, she declares, “Never let a n***a treat you like a rebound / I choose me / Ain’t nothin’ worth more than my peace.”

Even though it’s a painful lesson to learn, Tink transforms it into a voyage of self-discovery by inviting listeners to experience the pain alongside her while still being aware that there is hope at the end of the tunnel.

Load more
Tags
Tink
Ikedichim Chibundu Follow on Twitter August 23, 2022Last Updated: August 23, 2022
Check Also
Close
Back to top button
Close
We use cookies on our website to give you the most relevant experience by remembering your preferences and repeat visits. By clicking “Accept”, you consent to the use of ALL the cookies. In case of sale of your personal information, you may opt out by using the link .
Cookie settingsACCEPT
Manage consent