Buffalo rapper, songwriter, and businessman, Westside Gunn, has released his eleventh mixtape, “10.” In addition to being a rapper, Westside Gunn has long positioned himself as a curator, and the lineup for “10” is just absurdly strong. The reconstituted Black Star and the still-active Run The Jewels, both of which are performing at full strength, make guest appearances on WSG’s new album. Additionally, A$AP Rocky, Raekwon, Ghostface, Doe Boy, and many other artists make cameo appearances on the tape. Chris Jericho’s voice is also sampled, highlighting Westside Gunn’s attendance at the ringside at AEW Rampage. 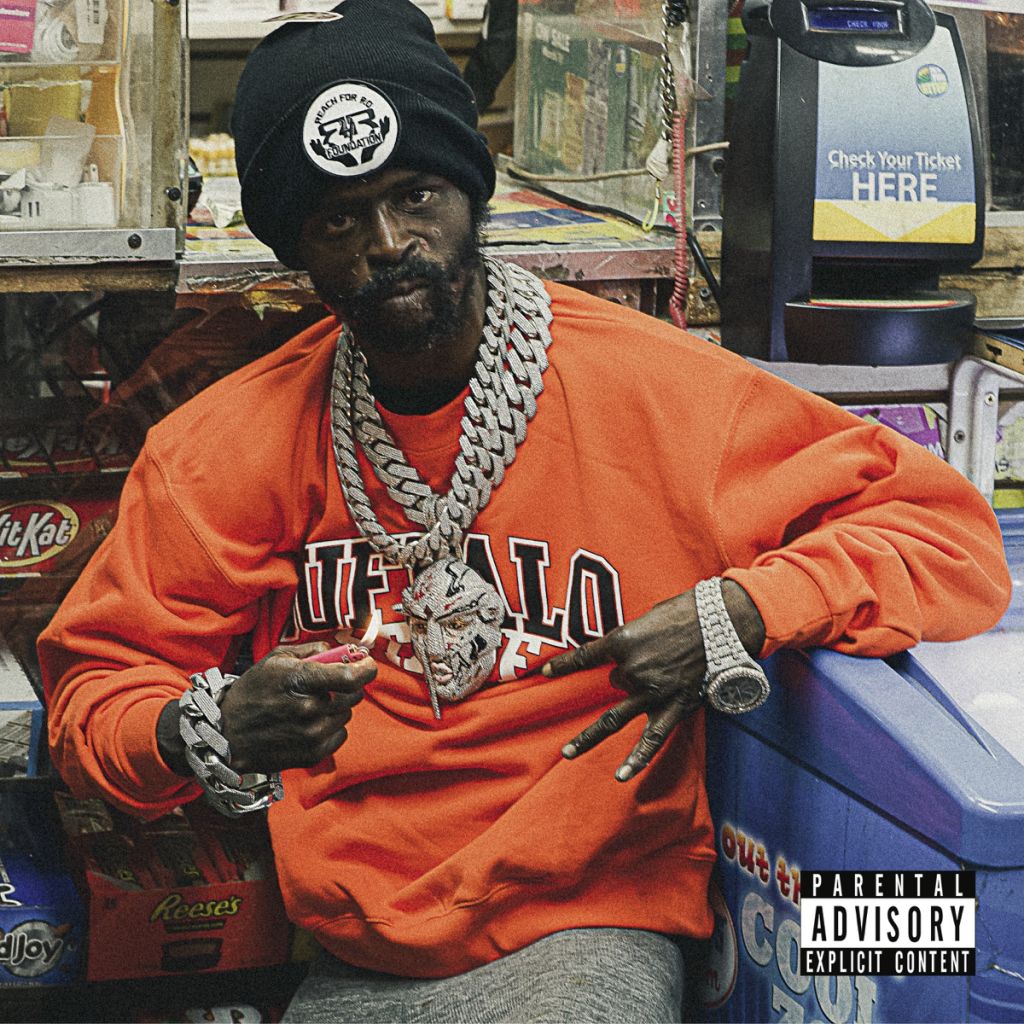 Sitting in a place that appears to be a store, a man that looks advanced in age with a bit of a disheveled face can be seen rocking an orange sweatshirt and a black beanie with big, dangling iced-out chains hanging from his neck, a large bangle and an equally large wristwatch, both iced-out.

The 12-track album with mostly features begins with the Intro that features AA Rashid. Along with the background vocals, he gives a summarized version of the messages embedded in the listening journey going forward. The second track “Flygod Jr” features Doe Boy and DJ Drama. DJ Drama gives the track a little hype intro and comes in at intervals while the duo of Gunn and Doe Boy slide on the hip-hop beats as they lay their verses. Besides the regular slick talk, the trio hype up their street cred and make a note of it. A$AP Rocky and Stove God Cooks come in on “Shootouts in Soho.” A typical hip-hop track in its hardcore element. The track touch on topics that border around…you guessed it, slick talk alongside some sexually explicit content.

Black Star emerges on “Peppa’s,” and the track begins with snippets of conversations as the beat slowly eases into play. The lyrics deal with values that affect them personally as well as calling out critics who don’t seem to acknowledge how hard they’ve worked and how deserving they are of their current status and even more. The track ends with a snippet from basketball game that has Westside in attendance, and has a commentator acknowledge him as “Hip-hop royalty.” “Nigo Louis” features WSPootie and the track has a serenading intro which also comes with the vocals of a child. The track takes a dig at critics, highlights their street cred and involves a lot of slick talk. The Hip-hop track has an R&B feel to it with a calm progression.

The listening journey comes to an end with “Red Death.” The track features a DJ Drama intro, verses from Benny the Butcher, Stove God Cooks, Rome Streets, Armani Caeser and Jay Worthy, lasting over 10 minutes in playtime. The beat arrangement is typical of a Hip-hop track, smooth, with some remarkable guitar and piano chords in the mix. There’s a good number of sly digs aimed at critics, too, and they do well to remind whoever cares to listen that they’re still going and won’t stop or be stopped! DJ Drama comes in again on the song’s outro and does his thing as the track gradually fades to a chill end.

The majority of West’s raps are made up of boastful, frequently grating references to celebrities and high-end brands.

Legends like RZA, Pete Rock, Swizz Beatz, and Flygod JR, who regularly contribute to Griselda, are responsible for the production.

Load more
Tags
Westside Gunn
Ikedichim Chibundu Follow on Twitter October 30, 2022Last Updated: October 30, 2022
Check Also
Close
Back to top button
Close
We use cookies on our website to give you the most relevant experience by remembering your preferences and repeat visits. By clicking “Accept”, you consent to the use of ALL the cookies. In case of sale of your personal information, you may opt out by using the link .
Cookie settingsACCEPT
Manage consent