With “Cool It Down,” their first album in nine years, Yeah Yeah Yeahs makes their comeback. The new album highlights everything they’ve learnt while apart as a group and includes some of the strongest work the group has produced to date. If the band was ever concerned about the caliber of their work after a nearly ten-year hiatus from new material, with the stakes higher than ever, it’s never noticeable on this album.

“Cool It Down” is filled with a roaring confidence that shows the band to be older, wiser, and more experienced. The lyrics and vocal prowess of Karen O, together with the band’s distinctive instrumentation, are what keep it together. The band pushes the limits of what it means to be an alternative rock band in 2022 with this, their most experimental album to yet, which is packed of dramatic soundscapes. 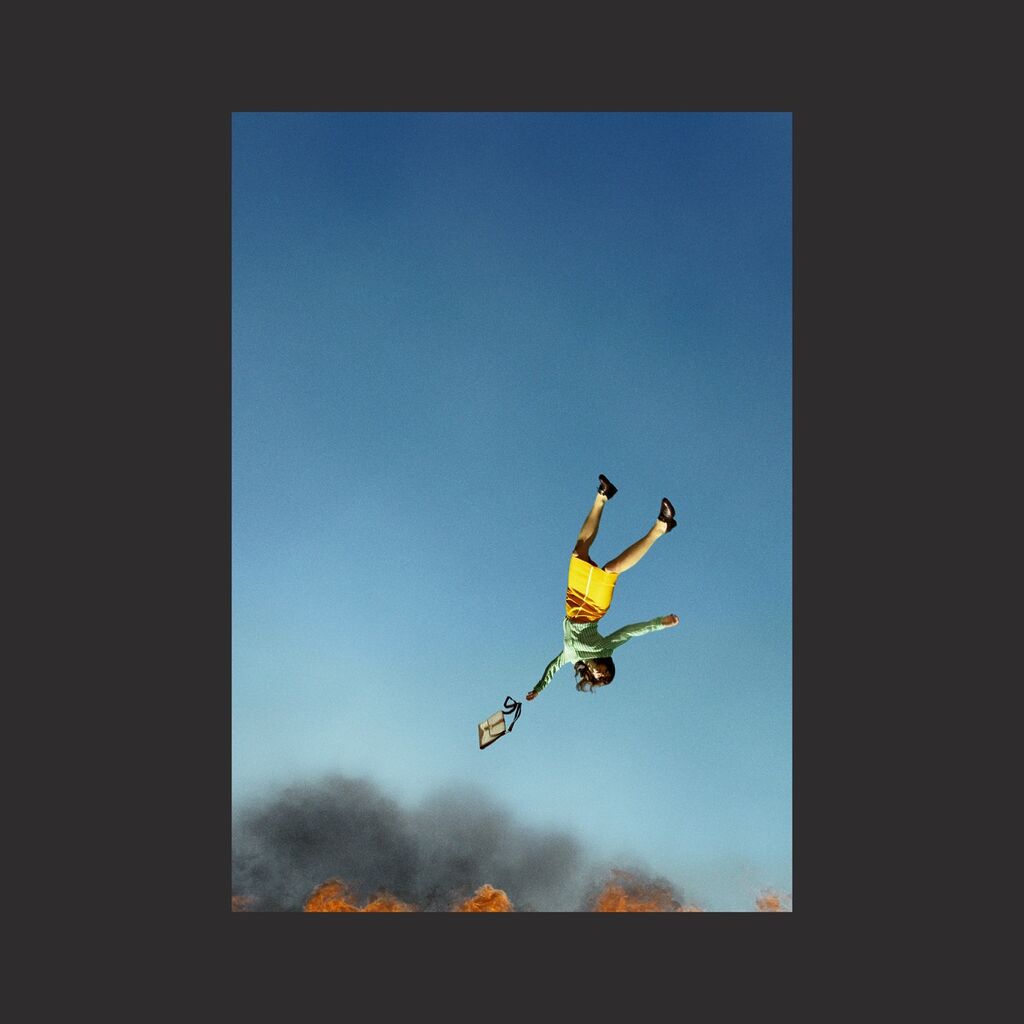 A lady in a light-green blouse worn over a bright yellow skirt can be seen falling headlong from a height into a burning chaos on the ground. Looking the other way, she lets go of her hand bag as she continues to fall, but in a way, she doesn’t seem very fazed. When she eventually drops into the raging flames, would she possess the ability to Cool It Down?

With the beautiful opening track “Spitting Off the Edge of the World” featuring Perfume Genius, they don’t waste any time getting things going. The song, which is about the harm being done to planet Earth and a sense of melancholy for the younger generation that will soon inherit it, is the boldest and finest on the album. Karen O and Mike Hadreas’ vocals are full of empathy and compassion, a reminder that kindness amid destruction is still possible despite lines like “never had no chance (nowhere to hide)”.

“I bleed like a wolf/ I’m lost and lonely, I hunger for you only, don’t leave me, don’t break this spell,” cries Karen O in “Wolf,” another synth-heavy song that begins to hint at the album’s climactic heartbeat. The song’s heavy instrumentation pulsates like a soft current throughout the verses before crashing like a heavy tide during the soaring chorus. Karen O’s voice is as as alluring as ever as she entices you to explore more of the wild and all of the hedonism it has to offer.

The band first uses powerful guitar chords on the album on “Fleez,” which picks up where “Wolf” left off. The words of the song make reference to the funk-rock band ESG, and the music clearly shows the group’s influence.

The song “Burning” was initially inspired by Karen O returning to her East Village apartment being consumed in flames when she was 19 years old. “Into the sea, out of fire/ All that burning” is an obvious lyrical reference to the ongoing climate crisis. Karen O learns the value of cherishing things even in the face of disaster after learning that her most prized possessions just so happened to be saved in the midst of the fire. The references to smoke and glowing meteors could easily be about the wildfires that have plagued California and Australia.

On “Blacktop,” the band leans toward their more reflective lyricism. Karen O’s voice is seductively personal over a sparse, stuttering beat as she muses on the kind of development that age inevitably entails. On “Different Today,” a positive song about the breakdown of a relationship as the globe keeps turning through personal anguish and upheaval, she muses, “I feel different today/ different today about you.” The band’s most revealing song is “Mars,” which follows. It’s a heartfelt, adoring spoken-word track with lyrics that Karen O began writing as a poetry in high school.

“Cool It Down” is broad, ambitious, and eclectic, rooted in a general anxiety about the environmental climate disaster as well as its effects on people, the need for intimacy and human connection, and how to make sense of a world that is still burning.

Load more
Tags
Yeah Yeah Yeahs
Ikedichim Chibundu Follow on Twitter October 1, 2022Last Updated: October 1, 2022
Check Also
Close
Back to top button
Close
We use cookies on our website to give you the most relevant experience by remembering your preferences and repeat visits. By clicking “Accept”, you consent to the use of ALL the cookies. In case of sale of your personal information, you may opt out by using the link .
Cookie settingsACCEPT
Manage consent