NBA YoungBoy is without a doubt one of the rappers who works the hardest. With “Realer 2,” YB returns with his third solo release of 2022. The new album, a follow-up to 2018’s Realer, is currently accessible on all streaming services. The new album features 15 tracks and only one featured appearance by Jaz, who appears on track 11. 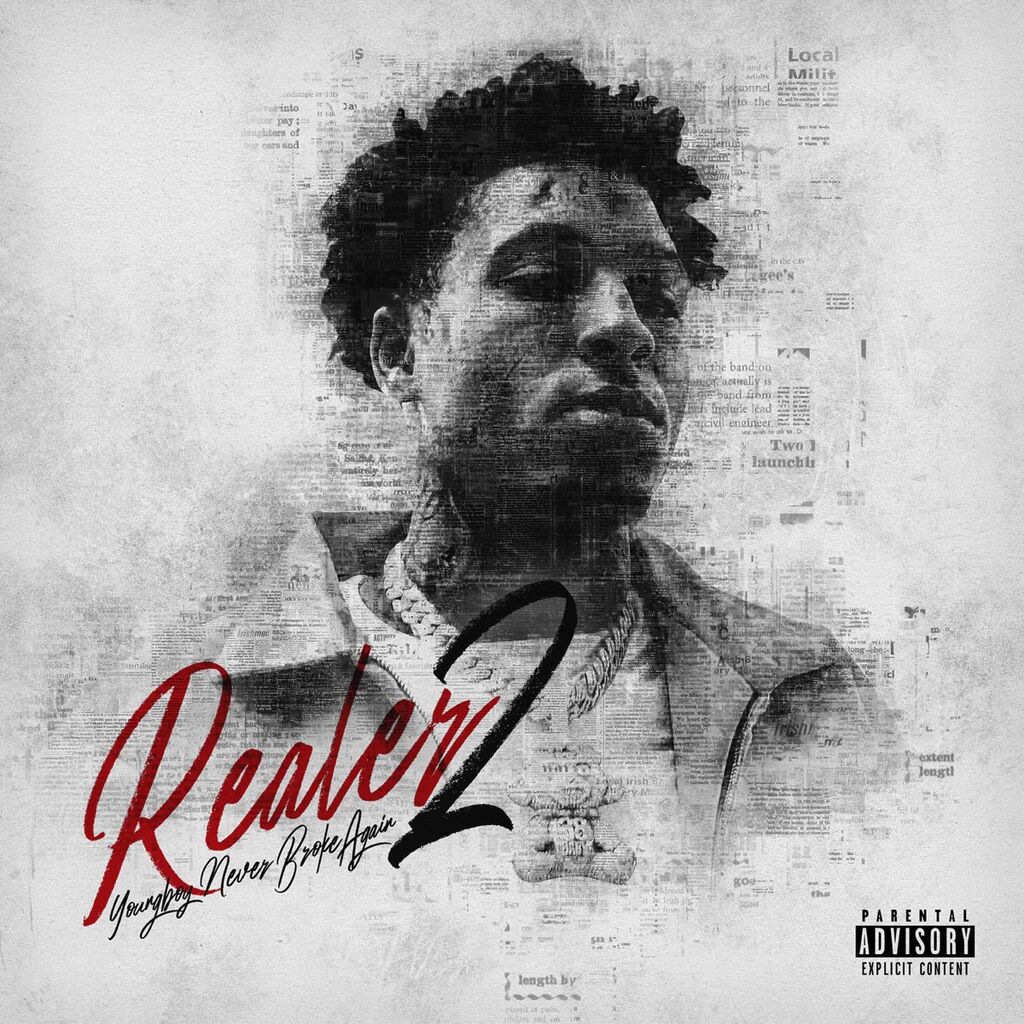 The rapper, seen in a black and white photo, is wearing a jacket over a white Tee, and on his neck, an iced-out cuban-link jewellery that has an equally iced-out large pendant hanging from it. But another thing to notice is his countenance which appears somewhat somber, which is, in part, the energy found on this project.

The 15-track album kicks off with “Put It On Me” and has lyrics that hint at drugs, sex and women. The trap track follows a synchrony of piano chords at the background as YoungBoy spits his verses on them and they constitute a use of strong vulgarity. “Boot Up” comes next and the hip-hop style track sees YB drop lyrics over the beat in similar fashion and talks up his bravado and versatility in the streets with his typical trap raps. “Dangerous Love” has a gentle R&B intro that appeals to the listener almost immediately and is one of the tracks with commendable production. YB’s lyrics call out “p**sy n**gas” as weaklings in one line and almost immediately switches to hoes and love in another.

“Tell Me” shows another trap side of YB, with the lyrics painting a scenario where a lady’s love is contested for, hence the “tell me who do you love” line. He skillfully lays down silky vocals on the trap tune that features background piano chords that are melodic. On “Shorta Soul,” he tells a story to his listeners about how his journey has been, from way back to his present shine and lifestyle. Hints of gangsterism and dedication to family resonate throughout most of the lyrics and indeed, YB gives an amazing delivery.

“Fresh Prince Of Utah” has YB shower praises on himself and his crew/family. Drug-related and gang slangs and slurs can also be heard on the lyrical composition of the song, and if you’re an admirer of diss vibes, then you’ll definitely have fun listening to this track. The only collaboration on the album is with Jaz on “Poppin Shit.” It is a melodious jam that features great vocals by Jaz in the chorus, and as usual, YB raps over the smooth trap jam with lyrics centering on drugs, fashion lifestyle, sex and women. He also talks about his relevance, declaring “he’s the shit.”

“I’m The One” and “Survive” come next, the latter being a track that would really slap on a great sound system as it contains great beat sequencing with piano chord compositions that start to fade at the end of the track. Both tracks touch on his pains and gains and how he’s had to push through oppositions which have, in turn, toughened him. “You Knew,” produced by ace beat-maker, London, is typical trap-smooth and entertaining. The track has a sleek way of revealing YB’s insecure side.

The last track, “Purge Me,” starts with some acoustic guitar chords which usher in YB’s vocals and the subsequent trap beat that sees him go all-in as he talks about the street life, his reciprocation of gestures, his vulnerability and fears, making reference to doing what he needs to while catering for his family. He also says, “I won’t hurt you if you don’t hurt me…please don’t try to purge me.” The track slowly starts fading, with the beat gradually bringing the listening journey to a rather sober end.

Themes of violence, gangsterism, women, drug-related indulgences, sex, love, insecurities, and firm beliefs can be heard all over varying parts of the new record.

Load more
Tags
NBA Youngboy
Ikedichim Chibundu Follow on Twitter September 10, 2022Last Updated: September 10, 2022
Check Also
Close
Load more
Back to top button
Close
We use cookies on our website to give you the most relevant experience by remembering your preferences and repeat visits. By clicking “Accept”, you consent to the use of ALL the cookies. In case of sale of your personal information, you may opt out by using the link .
Cookie settingsACCEPT
Manage consent