The Nigerian scene is bursting with talent. We have watched them dominate Africa and, recently, the world. In our opinion, Afrobeats is one of the most versatile genres in the world. Afrobeats artists take elements of other music genres and incorporate them into their sound. One such artist is Zinoleesky.

Young and killing it, Zino is on a lane of his own. He is one of those artists who do not do anything else except make good music and mind their business. Zino has amassed a loyal fan base who always support his music.

Zino has just released his debut EP, “Grit & Lust,” and we are all feeling it. Earlier in the year, he released “Loving You,” a song that has gotten rave reviews and become a massive hit in the country. He also released “Call of Duty” in August, another major success, and “Personal.”

Zino’s vocals are recognizable in every song he features. He has also gained praise for helping popularize Amapiano in Nigeria and Africa. Zino’s “Kilofeshe” will always be goated. His new EP is set to open more doors for him. And yes, the reviews are already pouring in. 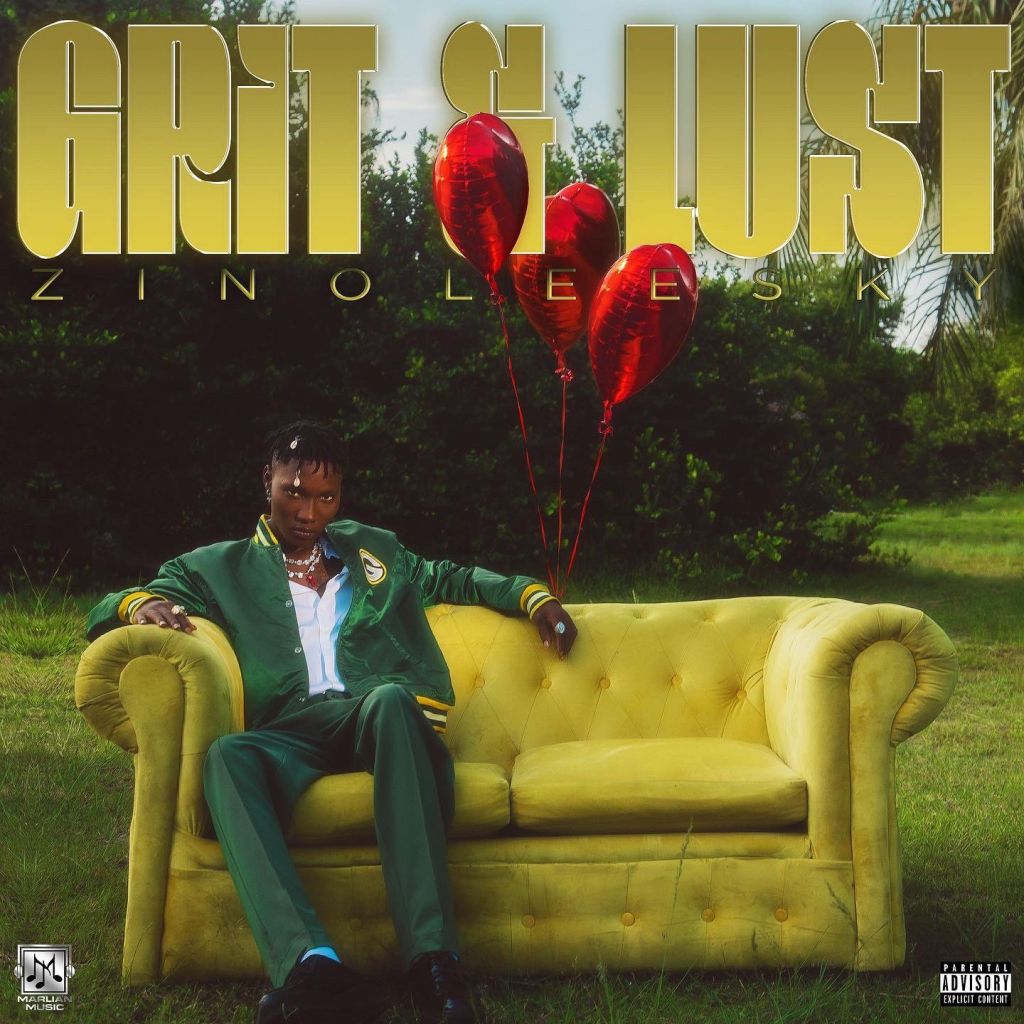 While some would opt for a mysterious cover art for their projects, others, instead take a photo that describes the album best, or makes them the focus. Zinoleesky’s cover art for “Grit & Lust” simply shows everything that he is. The Nigerian star is pictured sitting on a yellow couch in a field with trees behind. He looks like the superstar that we all know him to be. There is a bit of mystery to him which is evident in the photo. He looks into the camera like he knows what he brings to the table.

Zinoleesky’s new “Grit & Lust” EP is an eight-track project which makes your want to listen without skips. You can tell what the theme is from the title of the project. Before the release, Zino dropped two tracks from the album, including “Call Of Duty” and “Call Of Duty.” One thing that stands out in both songs is his writing and singing style. It is consistent. While “Personal” is more profound, “Call Of Duty” is a party track that makes you want to dance. Both songs have earned him praise from fans. He also dominated the airwaves with “Rocking,” the absolute party jam. Other songs on the EP which have gained acclaim from fans include “Many Roads” featuring Ayra Starr, “Last Time” featuring Omah Lay,” and more.

Artists are different from each other. While some would want to go solo on their debut projects, others don’t have a problem collaborating with other artists. Zinoleesky shines brighter on his own. He even shines the brightest in the features on the new EP. He collaborated with Mavin female star Ayra Starr on the song “Many Roads.” It is arguably one of the best tracks on the EP. He also teamed up with “Soso” singer and songwriter Omah Lay on “Last Time.” In our opinion, both artists were perfect on the project.

Since Zinoleesky announced the “Grit & Lust” album, fans expected a masterpiece from the singer. We must say he did a great job on it. We got to see what the “Rocking” star is all about on the project. While he sang about his dreams, prayers, and hopes, he also opened up about his romantic relationships and more. Zino left no stone unturned. He gave fans party jams and music to help them reflect. The “Grit & Lust” EP earns a solid nine out of ten from us. It truly has no skips.

Load more
Tags
Zinoleesky
John Ogba-Ifeakanwa Follow on Twitter December 23, 2022Last Updated: January 4, 2023
Back to top button
Close
We use cookies on our website to give you the most relevant experience by remembering your preferences and repeat visits. By clicking “Accept”, you consent to the use of ALL the cookies. In case of sale of your personal information, you may opt out by using the link .
Cookie settingsACCEPT
Manage consent