Karla Camila Cabello Estrabao, famously known as Camila Cabello, is a Cuban-born American singer and songwriter. Cabello gained prominence as a member of the popular girl group Fifth Harmony. The group became one of the bestselling girl groups of all time. Cabello began to establish herself as a solo artist while in Fifth Harmony. She released the collaborations “I Know What You Did Last Summer” with Shawn Mendes and “Bad Things” with Machine Gun Kelly. “Bad Things” reached number four on the Billboard Hot 100 songs chart.

Cabello officially went solo in 2016. Her debut studio album “Camila” was released in 2018. The album peaked at number one on the US Billboard 200. It was a Latin-music-influenced pop project. The album gained positive reviews and was later certified platinum. It spawned his hit song “Havana,” featuring Young Thug. The song topped charts in various parts of the world. It also spawned the top 10 hit “Never Be The Same.”

Cabello gained her second number one song with the release of “Señorita” with then-boyfriend Shawn Mendes. It was featured in the number-three peaking album “Romance,” released in 2019. The album spawned the hit “My Oh My.” Camila played the lead in the 2021 Live action film “Cinderella.” She released her third studio album, “Familia,” in 2022. It was preceded by the singles “Don’t Go Yet” and “Bam Bam,” featuring British singer Ed Sheeran. The latter reached number five on the Billboard Global 200 chart. “Familia” became her lowest charting album, peaking at number 10 on the Billboard 200 and number 9 in the UK.

Cabello’s “Havana” was the bestselling digital single of 2018. It was certified diamond in 2021. She has also won several accolades for her music. 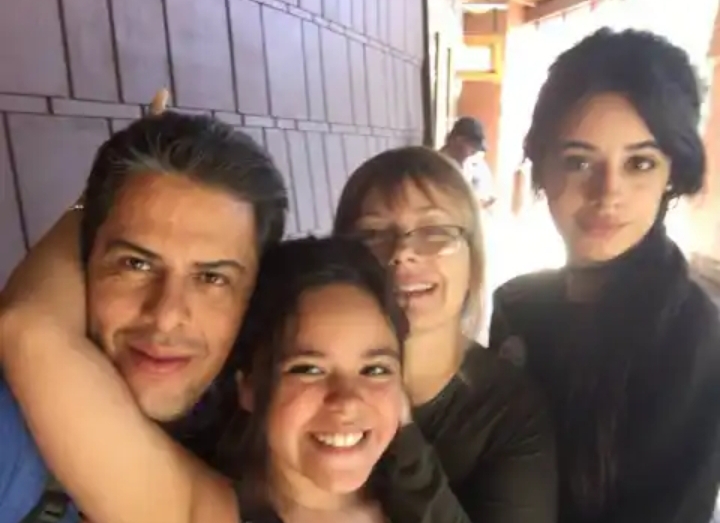 Camila Cabello and her younger sister, Sofia, were raised by their parents, Alejandro and Sinuhe.

Camila’s father, Alejandro Cabello, is Mexican. He moved to Cuba, where he got married and started a family. Alejandro joined his family 18 months after they relocated to Miami, Florida, because he couldn’t get a visa.

Camila’s mother, Sinuhe Estrabao, is a native of Cuba. She was born on December 25, 1968. Sinuhe relocated with her daughter to Miami, Florida, when Camila was six years old. 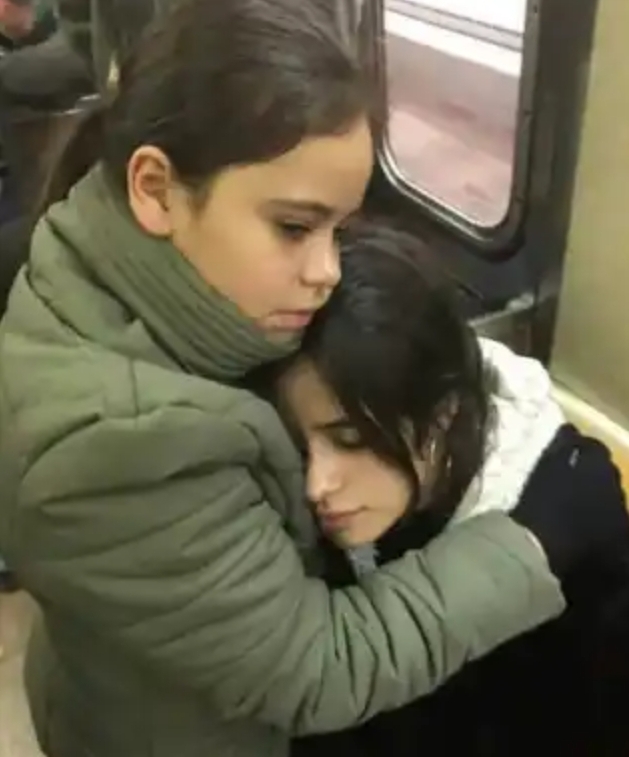 Sofia Cabello is Camila’s only sister. She was born in 2008, while the family lived in Miami, Florida. Sofia refers to her big sister as Kaki. She appeared in one episode of AwesomenessTV.

Camila Cabello was born in Havana, Cuba. Her father is a Mexican who moved to Cuba and married there. Camila, her younger sister, Sofia, and their parent moved back and forth between Mexico and Cuba when she was young. Her family relocated to Miami, Florida, when she was 6. Cabello acquired American citizenship in 2008.

According to Celebrity Net Worth and Marca, Camila Cabello is worth $18 million. Her income comes from music sales, streams, concerts, tours, endorsements, and business ventures. Cabello reportedly purchased a $3.745 million home in Hollywood Hills in April 2019. She sold it for $4.3 million in 2022.

When she was 18, Camila dated Austin Mahone. She confirmed their relationship in November 2014 but admitted that they had split less than a month later. She was rumoured to be in a relationship with former bandmate Lauren Jauregui. They met at their X-Factor audition in North Carolina. Fans fondly called them Camren because of how close they were. Lauren denied being in a romantic relationship with Camila. She called the rumors “invasive, scary, delusional, disrespectful to us both” and said, “you never quite become ok with people sexualizing you and your friendships for their sick pleasure.”

Starting as friends, Camila and Shawn Mendes announced their relationship in the Summer of 2019. Mendes confessed that a lot of the songs he wrote were about her. Camila and Shawn dated for two-and-a-half years, after which they announced their split in 2021. They recorded and released the hit “I Know What You Did Last Summer” and the number one peaking “Señorita” together. They released break-up songs after their split. Shawn released “It’ll Be Okay” while Camila worked with Ed Sheeran on “Bam Bam.”

The couple reportedly separated after realizing they were both at different stages of their lives. A source told Entertainment Tonight, “Shawn and Camila’s breakup was mutual. They realized they are in totally different places in their lives at this point, and it was time to end things. They’re both sad about the split but doing their best to take care of themselves, stay busy, and surround themselves with loved ones.” The couple stated that they would remain best friends even after their split.

What made Camila Cabello famous?

Camila Cabello gained prominence as a member of the girl group Fifth Harmony. It became one of the bestselling girl groups of all time. Cabello also began her solo career while she was in Fifth Harmony.

How was Camila Cabello's childhood?

Camila Cabello grew up in the town of Cojímar in East Havana, Cuba. She and her parents alternated between Mexico and Cuba. She relocated to the US with her mother at age 6.

Where was Camilla born?

Where did Camilla Cabello grow up?

What is Camila Cabello's most famous song?

Camila Cabello’s most famous song is “Havana,” featuring Young Thug. It was released in 2018 and certified Diamond in 2021.

What is Camila Cabello's most popular song?

Camila Cabello’s most popular song is “Havana.” It was released in 2018 and certified Diamond in 2021.

Why did Camilla leave Fifth Harmony?

Camila Cabello left Fifth Harmony to pursue a solo career. She told The New York Times, “I was just curious, and I wanted to learn, and I saw all these people around me making music, writing songs, and being so free.”

How did Shawn and Camilla get together?

Shawn and Camila first met in 2014 when Shawn and Fifth Harmony opened for Austin Mahone on tour.

How long did Camila Cabello live in Cuba?

Camila Cabello and her parents moved back and forth between Cuba and Mexico until she turned 6.

What is Camila Cabello's first language?

Camila’s first language is Spanish. She speaks it fluently.

Does Camila Cabello have a number 1?

Yes. Camila Cabello has two number one singles on the US Billboard Hot 100, “Havana” featuring Young Thug, and “Señorita” with Shawn Mendes.

How many number 1 singles does Camila Cabello have?

What is Camila Cabello's favorite color?

Who broke up Fifth Harmony?

Fifth Harmony broke up after Camila Cabello exited the group.

What is Camila Cabello accent?

Camila Cabello does not have a Cuban or Mexican accent. She’s noted to speak like an American.

What is the most interesting fact about Camila Cabello?

Camila can’t drive, and she can’t ride a bicycle. See other interesting facts about her here.

Does Camila Cabello have a diamond record?

What awards has Camila Cabello won?

What is Camila Cabello's personality?

According to sosyncd.com, Camila is an “ESFP personality type. She is warm and loves being in the spotlight. As an ESFP, she brings fun and spontaneity to people’s lives.”

What is Camila Cabello's favorite food?

Camila Cabello revealed in a 2018 interview that she’s a vegan.

Camila Cabello co-writes most of her songs.

Camila Cabello gained prominence at the age of 15 as a member of Fifth Harmony.

What song did Camila Cabello write about Lauren?

Fans believe that Camila’s song “I Have Questions” was written for Lauren and her former Fifth Harmony group members.

Tags
Camila Cabello
John Ogba-Ifeakanwa Follow on Twitter September 13, 2022Last Updated: September 13, 2022
Back to top button
Close
We use cookies on our website to give you the most relevant experience by remembering your preferences and repeat visits. By clicking “Accept”, you consent to the use of ALL the cookies. In case of sale of your personal information, you may opt out by using the link .
Cookie settingsACCEPT
Manage consent