Amala Ratna Zandile Dlamini, professionally called Doja Cat, is an American rapper, singer, and songwriter. Doja Cat was born and raised in Los Angeles, California, where she began making and releasing music on SoundCloud as a teenager. At 17, Doja signed a joint record deal with Kemosabe and RCA Records after catching their attention with her song “So High”. This led to the release of her debut E.P. “Purrr!” in 2014. Her debut studio album “Amala” was released in 2018. In the same year, she earned viral success as an internet meme with her single “Mooo!” in which she fantasizes about being a cow. Her second album, “Hot Pink”, was released in 2019. It charted within the top 10 of the Billboard Hot 100 and spawned the number one single “Say So” with a remix version featuring Nicki Minaj. Doja’s third album “Planet Her” was released in 2021. The album spent three weeks at number 2 on the Billboard 200 and spawned the top 10 singles “Kiss Me More” featuring SZA and “Need To Know”. 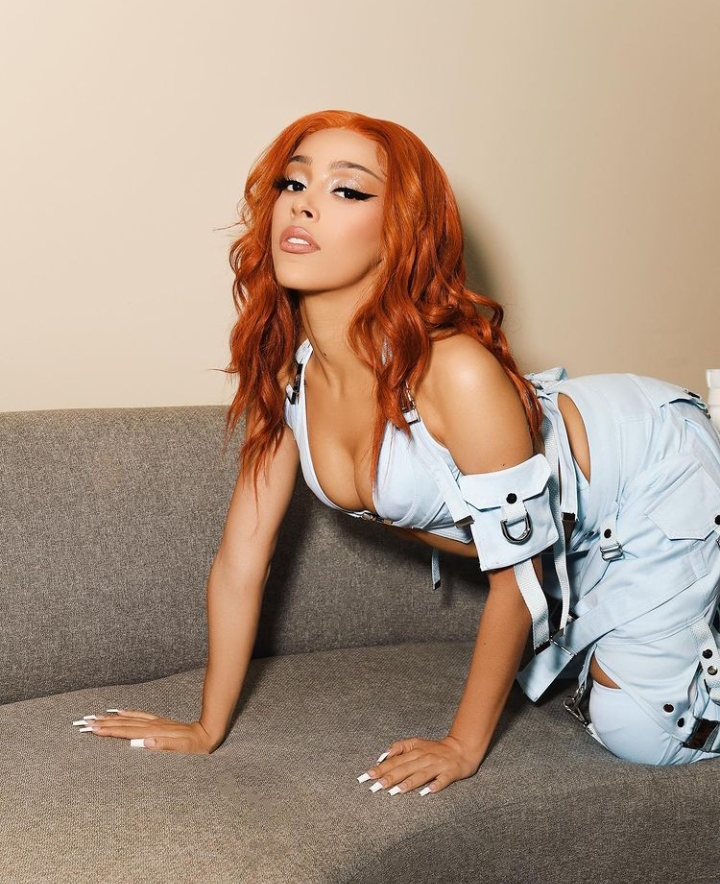 The exact estimate of Doja Cat’s net worth has never really been revealed to the public. While she may have appeared on Forbes’ 30 Under 30 list, her net worth has not been published. However, The360Report estimates her net worth to be around $4 million. According to the outlet, Doja is currently “one of the most south after singers in the world with an estimated fortune of $4 million”. However, this estimate is still unconfirmed. 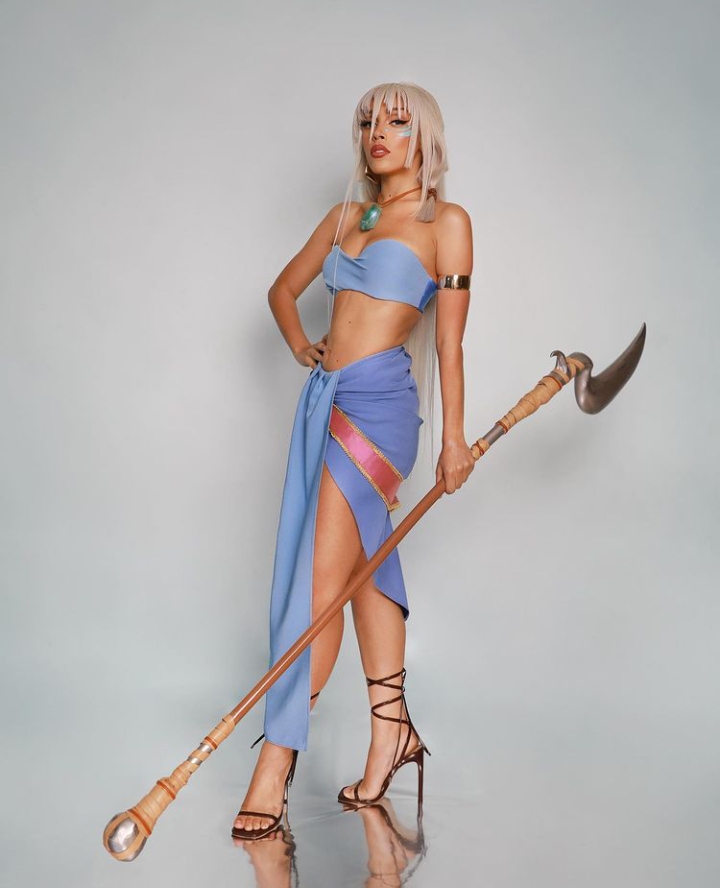 Doja Cat was born in Los Angeles, California, United States, on October 21, 1995. She celebrated her 26th birthday on October 21, 2021. As a 26-year-old, Doja is has achieved so much success in her music career and hit several milestones.

Doja Cat is not a very tall person. According to an article by U.K.’s CapitalXtra on the “22 Facts, You Need To Know About “Streets” Rapper, Doja Cat”, the “Say So” singer is 5 Feet 5 inches (165cm) tall.
Don't Miss

Doja Cat is biracial. Her mother is Jewish-American (Caucasian), and her father is South African (Black). Doja has often spoken out about being racially profiled while growing up. She has also spoken about being part South African, once addressing her roots in an Instagram Live video.

Doja Cat has a brother who she has often spoken about. Fans once speculated that she has a twin brother and that they both “act so alike”. It is unclear if the “brother” Doja has often spoken about is her twin. She has not confirmed this. Doja has revealed that she is impressed with her brother’s taste in music and has also opened up about them being racially profiled while growing up. However, she has not shared much info about him. Fans also believe that Doja has seven half-siblings. This is also unconfirmed.

According to CapitalXtra, Doja Cat was in an official relationship with Indie artist Johnny Utah a.k.a JAWNY, a.k.a Jacob Sullenger. They shared in a Live Instagram feed that they met in 2019. They two began dating in the same year after he sent her a message on Instagram. However, it did not last long because they broke up in February 2020. Doja has also been romantically linked to Comedy rapper and actor Lil Dicky, U.K. artist Bree Runway, and American rapper French Montana.

Doja Cat’s mother, Deborah Sawyer, is a Jewish-American graphics designer. Her father, Dumisani Dlamini, is a South African actor best known for playing Crocodile in the musical “Sarafina!” original Broadway cast. After meeting in New York City, the two had a brief relationship. Her father left his family in the U.S. for South Africa out of “Homesickness”. Doja has, on multiple occasions, claimed that she is estranged from him. Dumisani has refuted these claims saying he has a “healthy” relationship with her.

Doja Cat has wowed the entire world with her incredible musical talent. She has released a total of 3 studio albums, one E.P. and dominated the airwaves with amazing singles. Based on their performances, here’s a list of Doja Cat’s ten best songs.

Shop for some of Doja Cat’s merch via her website or on Amazon. It includes heavy metal T-shirts and more.