Shawn Peter Raul Mendes, famously called Shawn Mendes, is a Canadian singer and songwriter. Mendes gained a significant following in 2013; posting song covers on Vine, a video-sharing app. In 2014, he caught the attention of artist manager Andrew Gertler and Island Records A&R Ziggy Chareton. He signed a with the label. Mendes released his self-titled Debut EP in 2014. It was followed by his debut studio album “Handwritten” in 2015. The album debuted atop the Billboard 200. It made him one of five artists to debut at number one before the age of 18.

The album spawned the hit single “Stitches,” which reached number one in the UK and the top 20 in the US and Canada. Mendes has released three more albums, debuting at number one. It made him the youngest male artist to debut at number one on the Billboard 200 with four studio albums. Mendes has won several awards, including 13 SOCAN Awards, 10 MTV Europe Music Awards, 8 Juno Awards, iHeartRadio MMVAs, and two American Music Awards. He has received three Grammy nominations and one Brit nomination. Mendes was named one of Time’s Most Influential People In The World in 2018.

According to Celebrity Net Worth, Shawn Mendes is worth an estimated $40 million.

Shawn Mendes has dated a couple of female celebs. In 2017, he revealed that he had a secret girlfriend who he dated for two years. Fans were convinced it was his prom date Lauren Arendse.

Fans speculated that he was in a relationship with Chloë Grace Moretz in 2016. However, neither he nor Moretz alluded to the claims.

Rumors swirled in 2017 that Shawn and Hailey Bieber were an item. They were spotted kissing at the MTV EMAs after-party. They also walked the 2018 Met Gala red carpet together. Shawn told Rolling Stone in 2018, “I think it was more of a zone of limbo. She’s still one of the f–king coolest people ever — she’s not just a beautiful person visually, but she’s one of the most beautiful hearts I’ve ever met.”

Mendes and Camila Cabello confirmed their relationship in July 2019 after much speculation. They both had great things to say about each other while dating. Shawn revealed in his Netflix documentary “In Wonder” that all the songs he had written were about her. He said, “My song comes on the radio or something, and I’m like, ‘Everything’s about you. They’re all, they have always been about you… Like, ‘They’re all about you. Like every song I’ve ever wrote.'”

Fans were shocked when they announced their breakup in November 2021. They wrote, “We started our relationship as best friends and will continue to be best friends. We so appreciate your support from the beginning and moving forward.”

Mendes told ELLE in November 2020, “A lot happens when you fall in love for the first time, because you really feel this support, this grounded, ‘Hey, if everything goes away, I’m going to be OK. It’s perspective, and it’s beautiful. And it really allows you to be like, ‘OK, well, if I’m going to do this [make music, etc.], I might as well be doing it for the right reasons and really, really, really enjoying it.’ Otherwise, I’d just rather watch movies with you all day.”

Shawn Mendes’ parents are named Karen and Taurean Manuel Mendes. They are both successful in their lines of work. They have both accumulated a lot of wealth in business and real estate. Taurean is three years older than Karen. 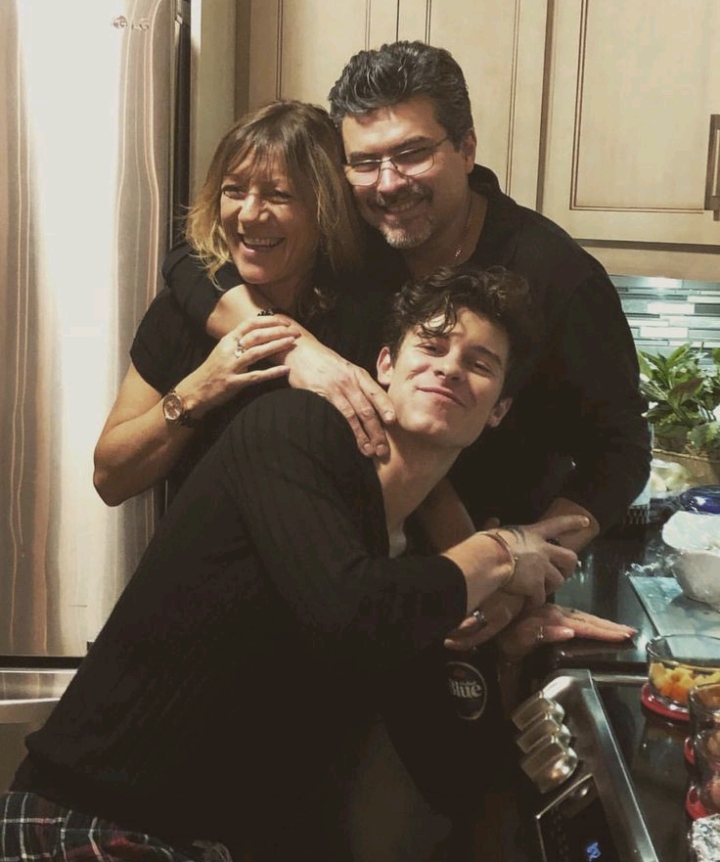 Shawn’s father, Taurean Manuel Mendes, was originally from Lagos, Portugal. He moved from there to Toronto, Canada, where he was raised and attended school. He worked in his cousin’s restaurant during his teenage years. He is a successful businessman.

Shawn’s mother, Karen Mendes, is a successful real estate agent. She was originally from London, England but was raised in Toronto, Canada. 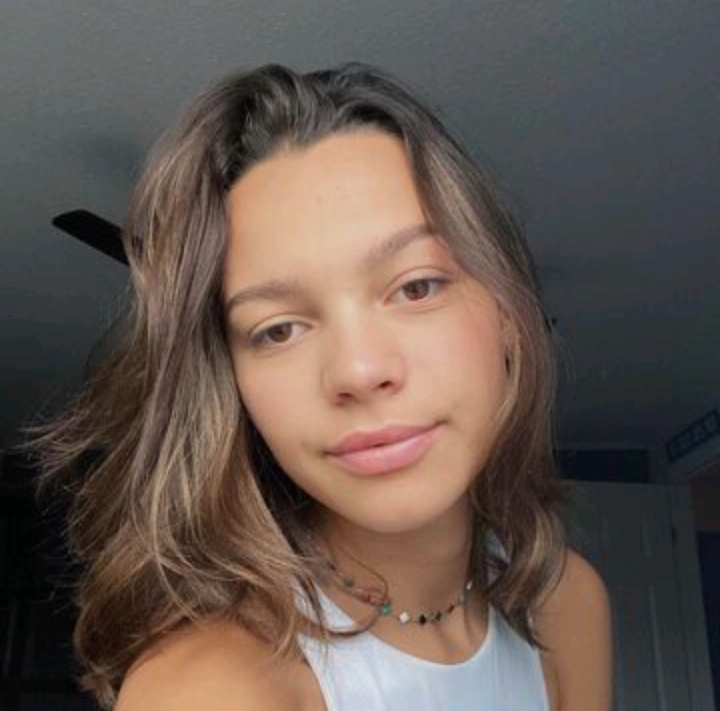 Aaliyah Mendes is Shawn Mendes’ sister and only sibling. She is a former Viner and social media sensation. Like her brother, she was born and raised in Toronto, Canada. Aaliyah first created her Vine account in 2013. After one year, she gained over 170,000 subscribers. Her success was translated to Musical.ly, where she also gained a lot of success. Her influence on social media is major.

No. Shawn Mendes and Camila Cabello are not married. They only dated for a few years before they split in November 2021.

Are Shawn Mendes and Camila Cabello still together?

No. Shawn Mendes and Camila Cabello have split. They announced their separation in November 2021.

Shawn Mendes and Bieber are friends. Shawn was often pitted against Justin Bieber. They collaborated on the song “Monster,” inspired by their lives growing up under the spotlight. They first met at the American Music Awards in 2015.

In an interview, Shawn said he’s nicer than Harry Styles. He answered a question, “Am I nicer than this man? It’s hard to tell; I’ve never really actually met him or hung out with him. But, looking at this photo… I think maybe, I could be a bit nicer than him.” He is believed to be a big supporter of Styles.

No. Selena Gomez and Shawn Mendes are not dating. They have never been in a relationship.

Shawn Mendes can play both the piano and guitar.

Yes. Shawn Mendes can dunk. There are several videos of him dunking on the internet.

Yes. Shawn Mendes can sing. His live vocals have earned praise from fans.

Shawn Mendes cannot play drums. He shared a video with the caption “acting like I can play drums.”

Yes. Shawn Mendes and Hailey Bieber dated in 2018. They were spotted kissing at the MTV EMAs after-party.

Shawn Mendes played Macallan in The 100. It is the first character portrayed by a singer.

Did Shawn Mendes go to college?

No. Shawn Mendes did not date Selena Gomez.

Does Shawn Mendes have a girlfriend?

Where does Shawn Mendes live?

As of 2021, Shawn Mendes lives in a condominium in downtown Toronto.

Does Shawn Mendes have a sister?

Does Shawn Mendes have a kid?

No. Shawn Mendes does not have children.

Does Shawn Mendes have a brother?

No. Shawn Mendes does not have a brother. He has a sister named Aaliyah.

Does Shawn Mendes have a Grammy?

Shawn Mendes has been nominated for a Grammy three times. He did not win any.

Yes. Shawn announced in 2022 that he was taking a break from touring to focus on his mental health.

Does Shawn Mendes have a dog?

In December 2020, Shawn Mendes surprised his then-girlfriend, Camila Cabello, with a puppy.

Has Shawn Mendes won a Grammy?

No. Shawn Mendes has not won a Grammy Award. He has been nominated three times.

Has Shawn Mendes ever been married?

No. Shawn Mendes has never been married.

Has Shawn Mendes been in a movie?

Mendes was featured in an episode of the American TV program CMT Crossroads. He also played Macallan in The 100.

How tall is Shawn Mendes?

Shawn Mendes is not Spanish. He is Canadian.

Tags
Shawn Mendes
John Ogba-Ifeakanwa Follow on Twitter September 2, 2022Last Updated: September 2, 2022
Check Also
Close
Load more
Back to top button
Close
We use cookies on our website to give you the most relevant experience by remembering your preferences and repeat visits. By clicking “Accept”, you consent to the use of ALL the cookies. In case of sale of your personal information, you may opt out by using the link .
Cookie settingsACCEPT
Manage consent