The Housing Estate Road, which connects Nike Road with the Cathedral Church of St. Cyprian in Abakpa-Nike, Enugu, will be officially opened on January 29, 2023, by Governor of Enugu State Ifeanyi Ugwuanyi.

The Nike Diocese of the Anglican Communion in Enugu asked Prince Arthur Eze to rebuild the road.

According to a press release from Dr. Chiwuike Uba, media adviser to Rt. Rev. Dr. Christian Onyia, Bishop of Nike Diocese, Anglican Communion, the governor will officially open the new road in the company of Rev. Henry C. Ndukuba, Archbishop, Metropolitan, and Primate of All Nigeria (Anglican Communion)

The commissioning of the road will be preceded by other events connected to the Primate’s visit to the Nike Diocese, according to Uba, who also said that he would appear at the Diocesan Covenant Service and the retirement service for the Provost of the Cathedral, Very Rev Prof. Chinedu Nebo, and his wife, Dame Ify Nebo, who will be celebrating her 70th birthday and the couple’s 45th wedding anniversary.

Billionaire Prince Arthur Eze reconstructed the road at the request of the Anglican hierarchy, and many have continued to pour in their accolades for the humanitarian act exhibited by the mogul.

One of Nigeria’s economic titans, Prince Arthur Eze is renowned for owning a wide variety of companies nationwide. Atlas Oranto Petroleum, one of his businesses, is considered one of the largest privately owned oil corporations in West Africa.

Tags
Ifeanyi Ugwuanyi Prince Arthur Eze
Ebuka NwachukwuJanuary 24, 2023Last Updated: January 24, 2023
Check Also
Close
Back to top button
Close
We use cookies on our website to give you the most relevant experience by remembering your preferences and repeat visits. By clicking “Accept”, you consent to the use of ALL the cookies. In case of sale of your personal information, you may opt out by using the link .
Cookie settingsACCEPT
Manage consent 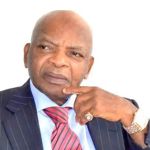