Celine Dion has acknowledged that she has stiff person syndrome, a neurological condition, and that she will not be able to continue her tour as scheduled in February.

The singer announced earlier this year that she would be delaying her European tour dates to February 2023 due to “ongoing health issues,” but she didn’t go into further beyond stating that she was having spasms. In a recent Instagram video, Dion admitted that she previously “wasn’t ready” to discuss her health in more depth, but that she is now.

She went on to say that she had stiff person syndrome, an incredibly uncommon autoimmune neurological disorder that affects “one person in a million.” The disorder predominantly impacts the brain and spinal cord and results in severe spasms, muscle rigidity, postural concerns, and sensory impairments (via Healthline).

The dates of Dion’s performances from February 24 through April 11, 2023, have been moved to 2024, while those from May 31 through July 17, 2023, have been completely scrapped. No changes will be made to her August through October 2023 tour dates.

The diva said in 2014 that she was postponing her career “indefinitely” due to her husband René Angélil’s cancer treatment. Although she resumed performing a year later, she took a break from the stage once more in the early months of 2016 in the wake of the untimely passings of both Angélil and her brother, Daniel Dion.

Tags
Celine Dion
Ikedichim Chibundu Follow on Twitter December 9, 2022Last Updated: December 9, 2022
Back to top button
Close
We use cookies on our website to give you the most relevant experience by remembering your preferences and repeat visits. By clicking “Accept”, you consent to the use of ALL the cookies. In case of sale of your personal information, you may opt out by using the link .
Cookie settingsACCEPT
Manage consent 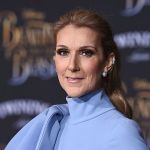