Emeli Sandé is tying the knot!

The 35-year-old “Next to Me” singer revealed on social media that she and partner Yoana Karemova are engaged by posting a cute picture of her flashing her new ring. “I said Yes! ❤️❤️,” she wrote in the caption of the Wednesday post. Later, Sandé added two more images of her new jewelry to her Instagram Story, along with one of her and her fiancée, a classical pianist.

The British singer-songwriter, who divorced marine researcher Adam Gouraguine in 2014 following a two-year marriage, will soon enter her second marriage. In an interview with Metro in March, Sandé came out as a member of the LGBTQ community. She also revealed that she was dating a classical pianist who she knew was “the one for life” at the time.

“We met through music. And I definitely feel happier than ever. It feels great,” Sandé said. “For me, true love and having love in your life makes everything fit into place.” The celebrity said that she had even taken her unnamed new flame to her Scottish hometown of Aberdeenshire to meet her parents.

In July, Sandé gushed about her relationship with Karemova in the caption of a cute Instagram post featuring the two of them. Tags
Emeli Sandé
Ikedichim Chibundu Follow on Twitter September 22, 2022Last Updated: September 22, 2022
Check Also
Close
Back to top button
Close
We use cookies on our website to give you the most relevant experience by remembering your preferences and repeat visits. By clicking “Accept”, you consent to the use of ALL the cookies. In case of sale of your personal information, you may opt out by using the link .
Cookie settingsACCEPT
Manage consent 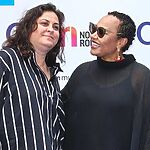