Rapper, singer and producer, Russ, has released a new single. This he entitles “Handsomer”.

During a recent live session on Instagram, Russ disclosed that he might be getting back to his one song a week schedule soon.

Last year, Russ took it upon himself to dish out hot new music, and he did that every week consistently. The sum total of singles he has since put out is enough for two albums.

But while he is yet to get back in the spirit of sharing new music weekly, it feels like he is in a generous mood to roll out lots of fresh jams to his fans.

After delivering the rap-heavy album CHOMP 2 at end of 2021, he switched back into his R&B flow with “Remember”, released a few weeks ago.

He has chosen to follow it up with another one called ‘Handsomer’. This one is more upbeat in tempo when compared with the last single, and when he previewed it with an in-studio clip a few days ago, he got a wonderful reaction from fans.

Here is the full song for your listening pleasure:

Tags
Russ
Ikedichim Chibundu Follow on Twitter February 6, 2022Last Updated: March 31, 2022
Check Also
Close
Back to top button
Close
We use cookies on our website to give you the most relevant experience by remembering your preferences and repeat visits. By clicking “Accept”, you consent to the use of ALL the cookies. In case of sale of your personal information, you may opt out by using the link .
Cookie settingsACCEPT
Manage consent 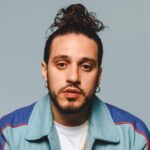 Wizkid And Burna Boy Are Allegedly Offering A “Buy One, Get One Free” Deal To Fill Their Different Stadium Venues
MORE STORIES