A while back, it was all buzz of Russ’s European tour. Now the narrative has changed entirely. The songster has not only cancelled the European leg of his   The Journey Is Everything Tour, but he has also confessed about feeling like…

The rapper is having issues with his mental health and decided to focus on that and push the music aside in the interim. “I Feel Like Sh*t,” he noted with candour in a statement currently circulating online.

He shared the lengthy statement on his verified Instagram page, going into some details and why he couldn’t continue with the tour as planned earlier. Russ noted he felt terrible about having to cancel the tour, but it is what it is,

He also readily acknowledged that some fans might want to cancel him after this. No hard feelings on his part if they should decide to no longer support him. He understands.

While some fans have expressed disappointment about the cancellation of the European leg of his tour, others made it clear they are happy he prioritized his health over a tour which can still do another time. You can check out the statement below. 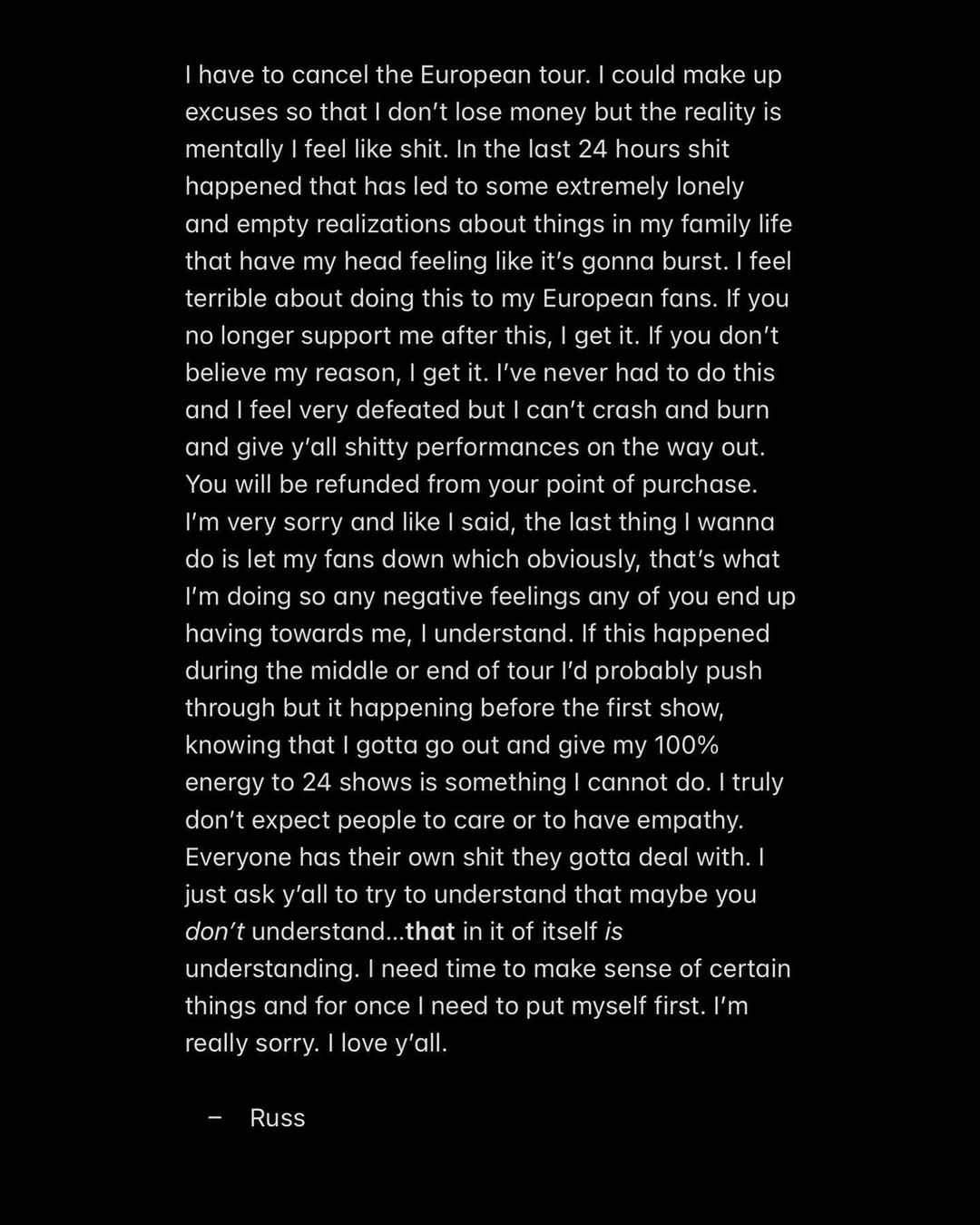 Tags
Russ
John Anusie Follow on Twitter September 1, 2022Last Updated: September 1, 2022
Check Also
Close
Back to top button
Close
We use cookies on our website to give you the most relevant experience by remembering your preferences and repeat visits. By clicking “Accept”, you consent to the use of ALL the cookies. In case of sale of your personal information, you may opt out by using the link .
Cookie settingsACCEPT
Manage consent