David Adedeji Adeleke, professionally called, Davido, is a Nigerian-American singer, songwriter, and record producer. He is known for the hit songs “Fall,” “If,” “Fia,” “Fem,” and more. Davido’s music blends elements of traditional Afro-pop with mainstream music. He is one of Africa’s most prominent musicians and has helped make Afrobeats global.

Since making his debut on the Nigerian music scene in 2011, Davido has risen to be one of Nigeria and Africa’s biggest successes. He is one of the continent’s highest-paid artists and also one of the highest-selling musicians out of Nigeria and the African continent. Forbes once estimated his worth to be around $18 million. That was many years back. Davido has since sold out London’s O2 Arena multiple times and several other prominent venues worldwide. He has performed at the world’s biggest festivals and sold-out concerts worldwide. Davido has also earned a fortune from his endorsements with the world’s biggest brands, including Pepsi, Puma, MTN, Infinix, and more.

Davido’s father is a Nigerian billionaire and successful businessman, Adedeji Adeleke. He is the president of Adeleke University and CEO of Pacific Holdings Limited. His mother is the late Vero Adeleke. She was a university lecturer. She died on March 6, 2003. Davido is the youngest of his parent’s five children and the second son. After he dropped out of Oakwood University to pursue a career in music, Davido’s father paid to start a music department at Babcock University for an inaugural class of one so that he would get a degree. David paused his music career to honor his father’s wishes and get a degree. 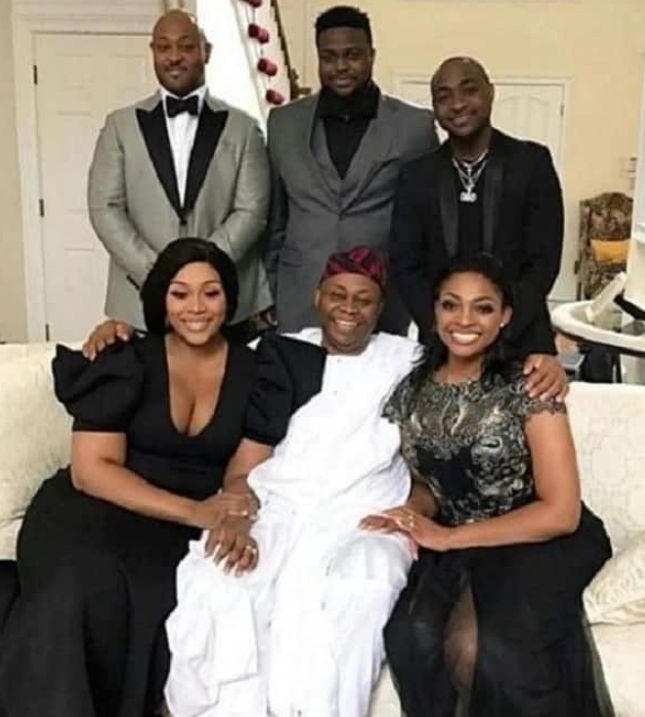 Davido is the youngest of four siblings and the second-born son of his parents. His siblings are Adewale Adeleke, Sharon Adeleke, and Ashley Coco. Davido’s siblings all hold senior positions in their father’s company, Pacific Holdings.

While living in Nigeria, Davido attended the British International School in Lagos. He moved back to the US at 16 to study Business Administration at Oakwood University in Alabama. While in Oakwood, David started his music career. He bought music equipment and began making beats. He teamed up with his cousins B-Red and Sina Rambo and formed the music act KB International.

Later on, David dropped out of Oakwood University to pursue music fully. He moved to London, where he worked on his vocals. He did this without his father’s knowledge. David was intercepted by his father and brought back to Nigeria. In 2011, after his return to Nigeria, Davido paused his music career to earn a degree in music from Babcock University. He did this to honor his father’s wishes (who had paid to have a music department installed for an inaugural class of one).

Davido is the father of four children, three of which were with three different women, Sophia Momodu, Amanda, and his fiancée Chioma Avril Rowland. His children include Imade Adeleke, Hailey Veronica Adeleke, and David Adeleke Jr. His fourth child is rumored to be with a second son with a woman in the UK.

On October 31st, 2022, social media was flooded with news of the death of Davido’s son, David Adeleke Jr., popularly called Ifeanyi. It was the son he shared with fiancée Chioma Rowland. Reports revealed that the three-year-old had drowned in the family’s pool at the musician’s wealthy Banana Island residence in Lagos, Nigeria. Eight members of the singer’s staff, including the nanny and the housekeeper, were questioned by the police. According to reports, one had initially gone to report the drowning. Two out of the eight were detained, while six were free to leave after being questioned by the Police. 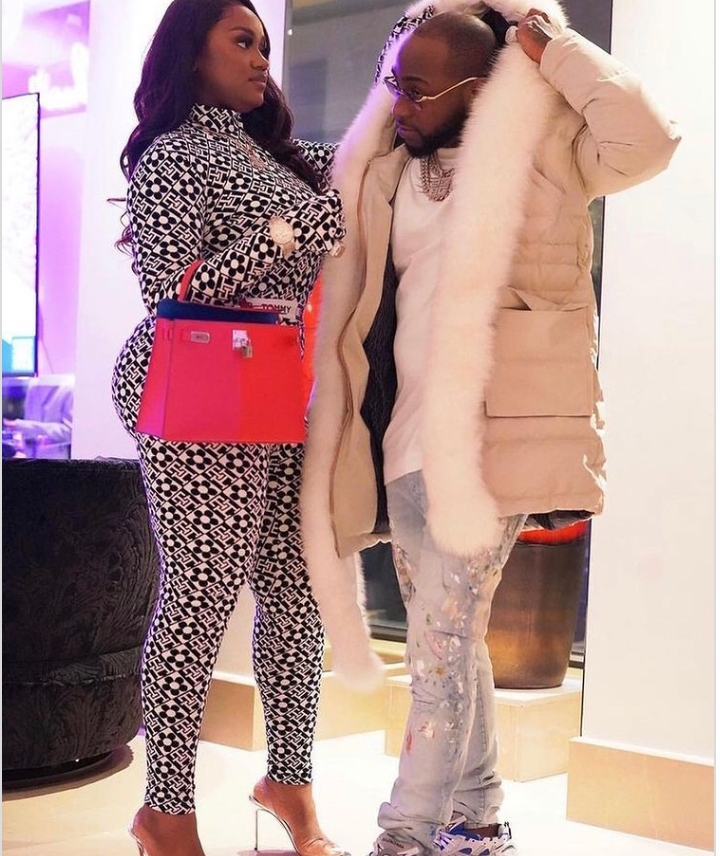 Davido and his fiancée Chioma Avril Rowland are currently together after having a rocky relationship in the eyes of the public. According to reports, the couple had known each other for some time before going public with their relationship in 2017. Chioma was in the University when they started seeing each other. Chioma was featured in some of David’s music videos, including the fan favorite “Assurance.” She also inspired some of his hits.

Years into their relationship, David proposed to her. The couple also welcomed their child, Ifeanyi. In mid-2020, the couple parted ways after their engagement. Details of their separation were not made public. They were spotted again in October 2021 at their son’s birthday celebration. Reports revealed that their engagement was back on. After their son’s third birthday in late October, they suffered the heartbreak of his passing after he drowned in their family pool. 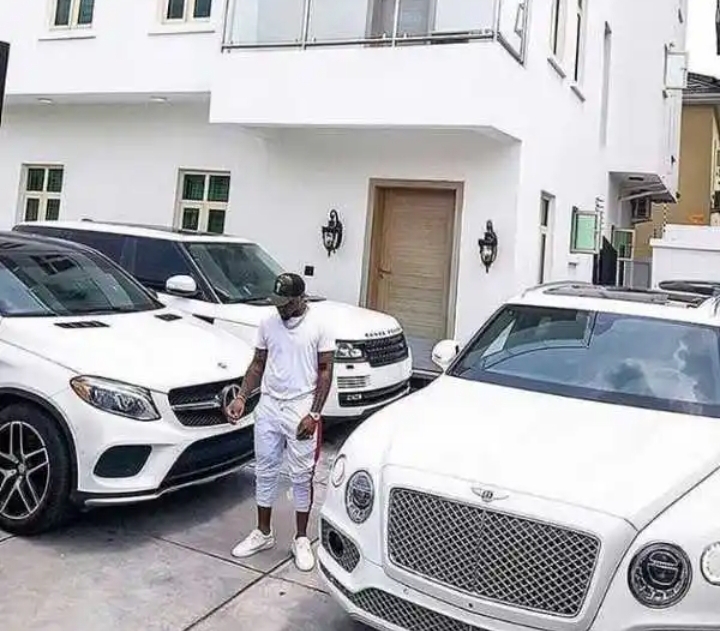 Through the years, Davido’s booking price has increased. As of 2022, it costs between $100- 200,000 to book him for a performance. You would also include a private jet for the star to travel.

Who is Davido's wife?

Davido is engaged to his fiancée Chioma Avril Rowland. She is famously called Chef Chi.

How much is Davido's salary?

Davido’s performance fee has changed through the years. As of 2022, it costs between $100-200k plus a private jet to book him.

How did Davido become rich?

Davido was born into a wealthy family, but he hustled to get his wealth and fame. He began his musical journey in 2011 and hit it big.

Forbes once estimated Davido’s worth to be around $18 million. That was a few years back. It is unknown how much he is worth now.

How much is Davido's Lamborghini?

How much is Davido private jet?

Davido’s alleged private jet is believed to belong to his father. It cost approximately $62 million.

How much is Davido worth in dollars?

Davido’s exact net worth is unknown to the public.

Who is the richest Nigerian musician?

Who is richer between Davido and Wizkid?

Both Davido and Wizkid have gained significant success in the music industry. They are among Africa’s wealthiest artists.

Is Davido's father a billionaire?

Yes. Davido’s father is a billionaire.

How much is Davido's house worth?

Davido’s house in Banana Island is reported to be worth $1.5 million.

Who is the richest Adeleke?

Davido is believed to be the richest Adeleke, but this is not a confirmed report. His siblings are all wealthy.

Who is the richest between Davido and his father?

Davido’s father is a wealthy business magnate. David is not richer than his father. At least, not yet.

How much did Davido buy land in Banana Island?

Where is Davido State of Origin?

What did Davido study in university?

Davido got a degree in music from Babcock University.

What tribe is Davido?

How did Davido start his music career?

Davido dropped out of Oakwood University to fully pursue a music career.

Has Davido won any award?

Is Davido a citizen of America?

Is Davido richer than his siblings?

Davido’s siblings are all wealthy. It is unknown if he is richer than them.

Does Davido have gold certification?

Davido’s hit songs “If” and “Fall” have received Gold certifications in the US and other countries.

How much did Davido make for his birthday?

Davido shared that he received 200 million Naira from friends (including Africa’s most prominent artists) for his birthday.

How much is Davido's diamond?

There have been varying reports of the cost of Davido’s diamond necklace. It is believed to have cost between N50 to N100 million or more.

Can Davido ever win a Grammy?

Yes, Davido can win a Grammy. He is one of Africa’s most talented musicians.

Does Davido have a billion streams?

Yes, Davido has over a billion streams on different platforms, including Spotify and YouTube.

Who donated the highest money to Davido?

Some of his friends did not disclose how much they sent. Oba Elegushi reportedly sent Davido N5 million.

Tags
Davido
John Ogba-Ifeakanwa Follow on Twitter November 23, 2022Last Updated: November 23, 2022
Check Also
Close
Load more
Back to top button
Close
We use cookies on our website to give you the most relevant experience by remembering your preferences and repeat visits. By clicking “Accept”, you consent to the use of ALL the cookies. In case of sale of your personal information, you may opt out by using the link .
Cookie settingsACCEPT
Manage consent