A well-known K-Pop couple has split up. Kim Hyo-jong (also known as DAWN) and Kim Hyun-ah (also known as HyunA) announced their separation on Instagram. As Soompi translated HyunA’s message, she stated, “We broke up.”

“We decided to remain good friends and colleagues from now on. Thank you always for your support and for looking over us fondly.”

On his personal Instagram profile, DAWN has not yet commented on the separation. Although HyunA and DAWN started dating in 2016, they didn’t make their romance public until two years later. They originally denied the relationship, but ultimately decided to come clean.

DAWN was originally a part of the group Pentagon, whilst HyunA is most known for her role in the K-Pop girl groups Wonder Girls and 4Minute before launching a solo career. The duo also performed together as the band Triple H, which put out two EPs in 2017 and 2018. Despite being fired from Cube Entertainment after their relationship was made public, HyunA and DAWN later signed with PNation and together released an EP in 2021.

HyunA and DAWN never officially verified whether or not the reports about their engagement in February 2022 were real. On Instagram, they both shared videos of themselves wearing matching rings, with DAWN captioning his, “MARRY ME,” and HyunA retorting, “Of course, yes.”

Tags
DAWN HyunA
Ikedichim Chibundu Follow on Twitter November 30, 2022Last Updated: November 30, 2022
Check Also
Close
Back to top button
Close
We use cookies on our website to give you the most relevant experience by remembering your preferences and repeat visits. By clicking “Accept”, you consent to the use of ALL the cookies. In case of sale of your personal information, you may opt out by using the link .
Cookie settingsACCEPT
Manage consent 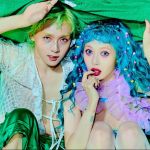