Davido has not been his usual self since the tragedy of losing an only son befell him several weeks ago. It is a pain even time cannot heal, let alone when the loss is still very fresh. It must be a really trying and dark time for Davido. Many of his friends in the industry have sent and are still piling up their numerous condolence messages and all manner of kind words.

Last month on his really mute birthday, it was another outpouring of sweet messages and posts in honor of the singer’s legacy and large-heartedness. Amongst some of those that have reached out with kind words is  fast-rising Nigerian act, Lojay. The singer tweeted, “Whenever Davido is offline, you can literally feel his absence. Praying for you always brother,” ending the message with a heart emoji.

Lojay as an artist seems to be experiencing some good success especially since his Monalisa hit caught everyone unawares. The song, months later, got blessed by Chris Brown’s vocals on the remix. Moving from that, Lo-Lo has been on some new stuff. Stagnancy looks good on no one, anyway. He recently put out a new, hot Amapiano single titled, Canada. 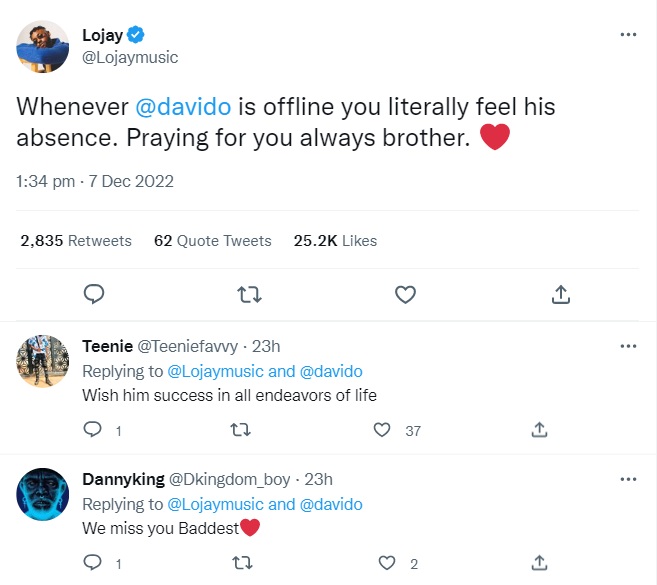 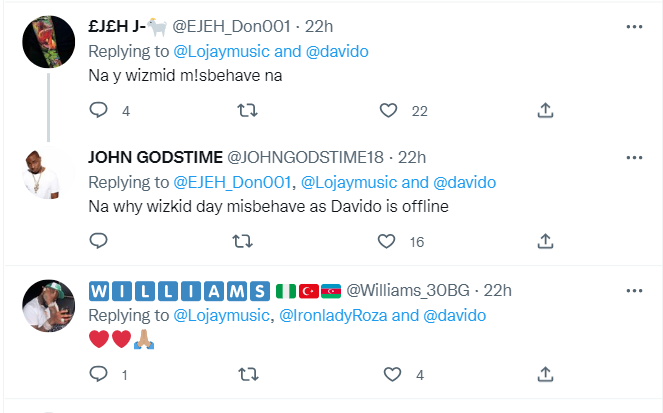 Tags
Davido Lojay
Ikedichim Chibundu Follow on Twitter December 8, 2022Last Updated: December 8, 2022
Check Also
Close
Back to top button
Close
We use cookies on our website to give you the most relevant experience by remembering your preferences and repeat visits. By clicking “Accept”, you consent to the use of ALL the cookies. In case of sale of your personal information, you may opt out by using the link .
Cookie settingsACCEPT
Manage consent