Kanye West, or Ye, as he officially addressed now, has made it known to whom it may concern that he has no interest in pursuing anything NFT.

Ye, who has always been very outspoken, has taken to his Instagram handle with a picture of a handwritten note. In the photo, he lets everyone know what he’d rather be focused on in place of NFTs, which is gradually taking over the digital world by storm. 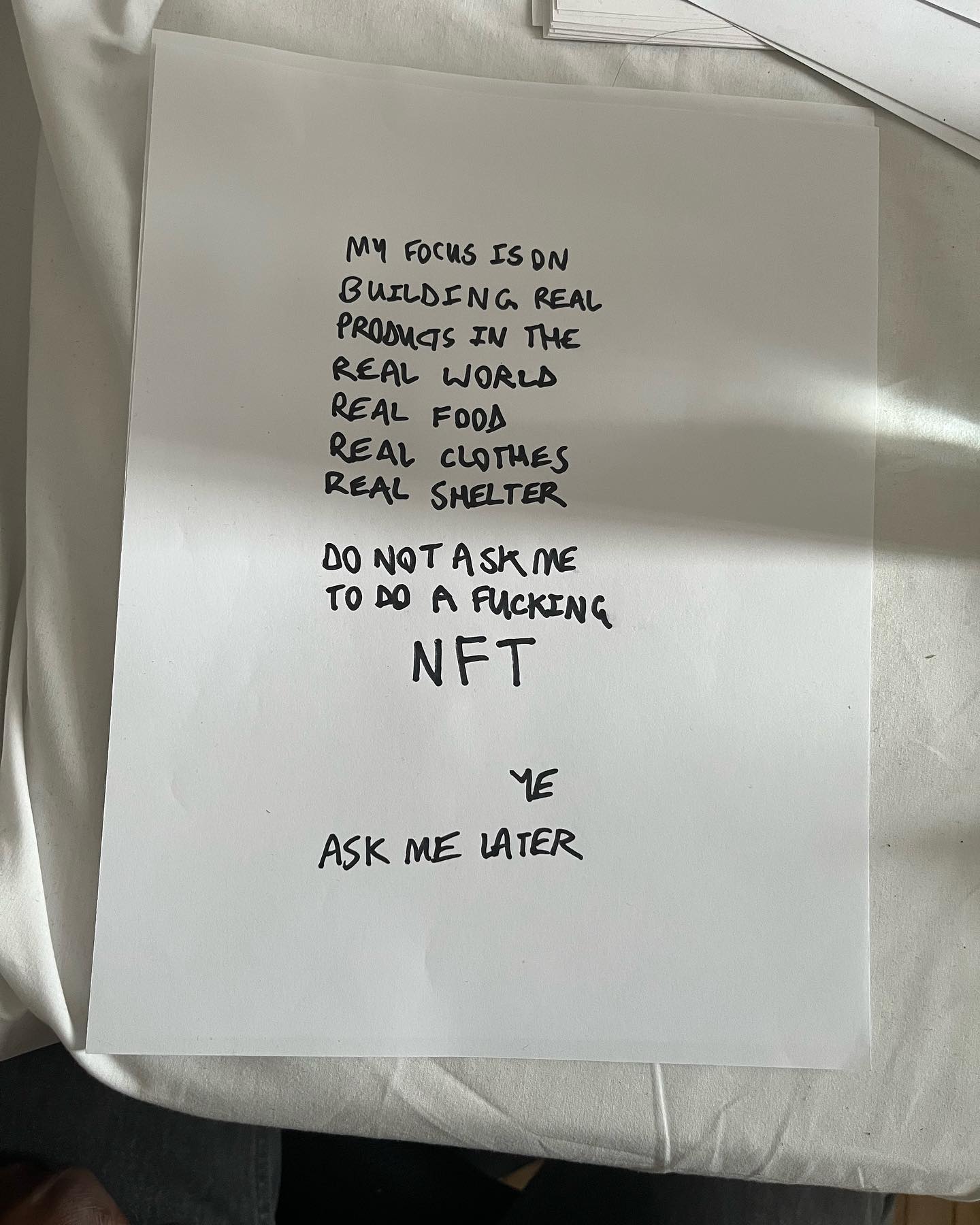 STOP ASKING ME TO DO NFT’s I’M NOT FINNA CO-SIGN,” he wrote. “FOR NOW, I’M NOT ON THAT WAVE. I MAKE MUSIC AND PRODUCTS IN THE REAL WORLD.

He seems to have a tunnel vision on the real tangible things he can create for the real world.

“My focus is on building real products in the real world, real clothes, rap shelter,'” he said. “Do not ask me to do a fu**ing NFT.”

On the other hand, he has not entirely ruled out all possibilities or intentions to get on the NFT train.

“Ask me later,” ends the note, which means it is still somewhere in the corner of his mind, just not at the fore. In other news, Ye will be releasing the sequel to his hit gospel album, Donda.

Tags
Kanye West NFT Ye
Ikedichim Chibundu Follow on Twitter February 1, 2022Last Updated: March 31, 2022
Check Also
Close
Back to top button
Close
We use cookies on our website to give you the most relevant experience by remembering your preferences and repeat visits. By clicking “Accept”, you consent to the use of ALL the cookies. In case of sale of your personal information, you may opt out by using the link .
Cookie settingsACCEPT
Manage consent