If Usher has 99 regrets, not dating Aaliyah would be 1.

The R&B star revealed that he was “really close friends” with the late pop star, who died in an aeroplane crash at the age of 22 in 2001, regretting not taking things with her more seriously.

When asked which celeb he would have loved to date if he had gotten the chance, he said: “I’ve never told anyone this before. Somebody that I was really good friends with that I wish I would have taken more serious because she was a good friend of mine for a small amount of time, and then we just disconnected was Aaliyah. So I think I would have dated Aaliyah.”

The hitmaker is currently seeing Jenn Goicoechea and welcomed a son, Sire Castrello Raymond, back in October 2021. Usher went on to make it clear that he would mostly “hang out” with the ‘More Than a Woman’ singer before her tragic demise.

Speaking with E! News Daily Pop, he said: “We just didn’t get around to [dating]. We just kind of talked but didn’t end up doing it. We were friends and hung out. We watched movies together, but it just didn’t go there.”

The award-winning singer also disclosed that his first celebrity kiss was with ‘Like This and Like That’ hitmaker Monica.

Tags
Aaliyah Monica Usher
Ikedichim Chibundu Follow on Twitter March 2, 2022Last Updated: March 31, 2022
Check Also
Close
Back to top button
Close
We use cookies on our website to give you the most relevant experience by remembering your preferences and repeat visits. By clicking “Accept”, you consent to the use of ALL the cookies. In case of sale of your personal information, you may opt out by using the link .
Cookie settingsACCEPT
Manage consent 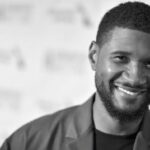 Usher Has Regrets For Not Dating Aaliyah, And Admits To Locking Lips With Monica