With human connections come bonding, and because life is chaotic and super unpredictable, we will not always be around the ones we hold dear, be it colleagues, friends, or even family. In those times when life’s events have us all dispersed here and there like grains of rice, the bond we share with those we love and cherish often makes us think about the good times and beautiful memories created and shared with them and how much you would like that to happen again. This is how our brains tweak our emotions and make us miss the people we care about.

When that happens, most people like to listen to music that fits that mood, that soothes the nostalgic rush and feelings of care. Different genres for different folks. Wondering where we fit into all this? Well, hold your horses because we are about to present you with ten great jams with “Miss You” embedded in their lyrics. Cool, right? So, to that effect, we came up with a list of nice tunes in no particular order or ranking that you might want to check out if you miss your favourite person or people. Alright, let’s get straight to it then, eh?

One of blink-182’s more popular tracks from their discography is the hit single “I Miss You.” It’s a low-key affair that’s both dark and tender, surprisingly for the band. Many people have been able to relate to this 2004 popular song while still perplexed by its ingeniously cryptic lyrics.

That may or may not be a good thing, depending on your perspective on this kind of stuff. Regardless, curiosity over the true meaning of the song “I Miss You” persists. Regardless of your feelings on the track, many people seem to connect with it. It takes something special for an alternative act’s off-brand song to peak at number 42 on the Billboard 100.

The British electronic band Clean Bandit wrote the song “I Miss You,” which features American singer-songwriter Julia Michaels on vocals. The script was written by Michaels, Jack Patterson, Grace Chatto, and Mark Ralph and the latter two oversaw production. As the third single from Clean Bandit’s second studio album, What Is Love?, the song was made available to digital retailers on October 26, 2017.

“I Miss You” is a song by Adele, taken from her third studio album, 25. The song was written by Adele with Paul Epworth and appeared as the third track on the album. Adele’s drum-filled folk song “I Miss You” has been described as “explicitly seductive” due to the lyrics: “Bring the floor up to my knees/Let me fall into your gravity/And kiss me back to life to see/Your body standing over me.”

American singer Aaliyah recorded the song “Miss You.” The song was originally recorded for Aaliyah’s self-titled third studio album in 1999 after being written by Johntá Austin, Ginuwine, and Teddy Bishop in 1998. (2001). It was not included in Aaliyah’s final mix, though, and wasn’t made public until August 25, 2001, the day following her passing. On October 28, 2002, Blackground Records and Universal Records released it as the album’s lead single. It was subsequently included in the posthumous compilation album I Care 4 U (2002).

6. The Rolling Stones – Miss You

The English rock group, the Rolling Stones, released the song “Miss You” on Rolling Stones Records in May 1978. One month before their album Some Girls was released, it was made available as the first single. Keith Richards and Mick Jagger collaborated on the song “Miss You.” On the Billboard Hot 100, it peaked at number one, and on the UK Singles Chart, it reached number three. The band’s first dance remix was a 12-inch single with an expanded version dubbed the “Special Disco Version.”

The third and last single from American rapper DMX’s fourth album, The Great Depression, is the song “I Miss You.” Faith Evans, an R&B singer, is featured on the track. This song is dedicated to Mary Ella Holloway, DMX’s grandmother. Faith Evans sings a verse of Amazing Grace. Faith Evans’ verse is sung to enhance the song’s tone. It nearly gives the impression that DMX was lost before realizing his ability and then found his path in life.

“Miss You So” is a demo track about an ex-girlfriend. It appears in The Lonny Breaux Collection. She’s left and taken with her his photos of her. He’s left with nothing to remember her aside from his memory, which he fears will eventually subside. The song was ultimately given to singer Conor Manyard, who performed it with the modified title of “Pictures.”

American recording artist Beyoncé’s song “I Miss You” is from her fourth studio album, 4. Beyoncé, Shea Taylor, and Frank Ocean collaborated on the song’s writing and oversaw its production. Beyoncé’s desire to concentrate on classic songs, music that would endure, and songs she could sing when she was elderly were the driving forces behind the song’s creation.

“I Miss You,” a mid-tempo R&B ballad, is influenced by ballads from the 1980s. The majority of its instruments are keyboards and synthesizers. Beyoncé, the song’s protagonist, reflects extensively on her connection with the man she parted ways with, yet she still longs for him and feels ashamed of it in “I Miss You.”

The rapper, 18 at the time, was stopped by the police, who also found marijuana on him and learned that his license had been suspended. Additionally, it was said that Kodak Black was wanted for robbery and kidnapping. In the opening line of the song, Kodak apologizes to his girlfriend for having to leave her and go to jail. Kodak speaks from behind bars in the second stanza, singing about how much he misses his girlfriend. 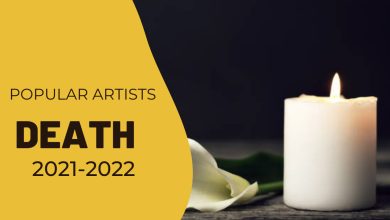