Ali Sethi is excited to announce a North American tour in January and February, 2023. The dates kick off January 18 in Chicago, IL and conclude in Montclair, NJ on February 19. He plays at The Fonda Theatre in Los Angeles, CA on January 28. 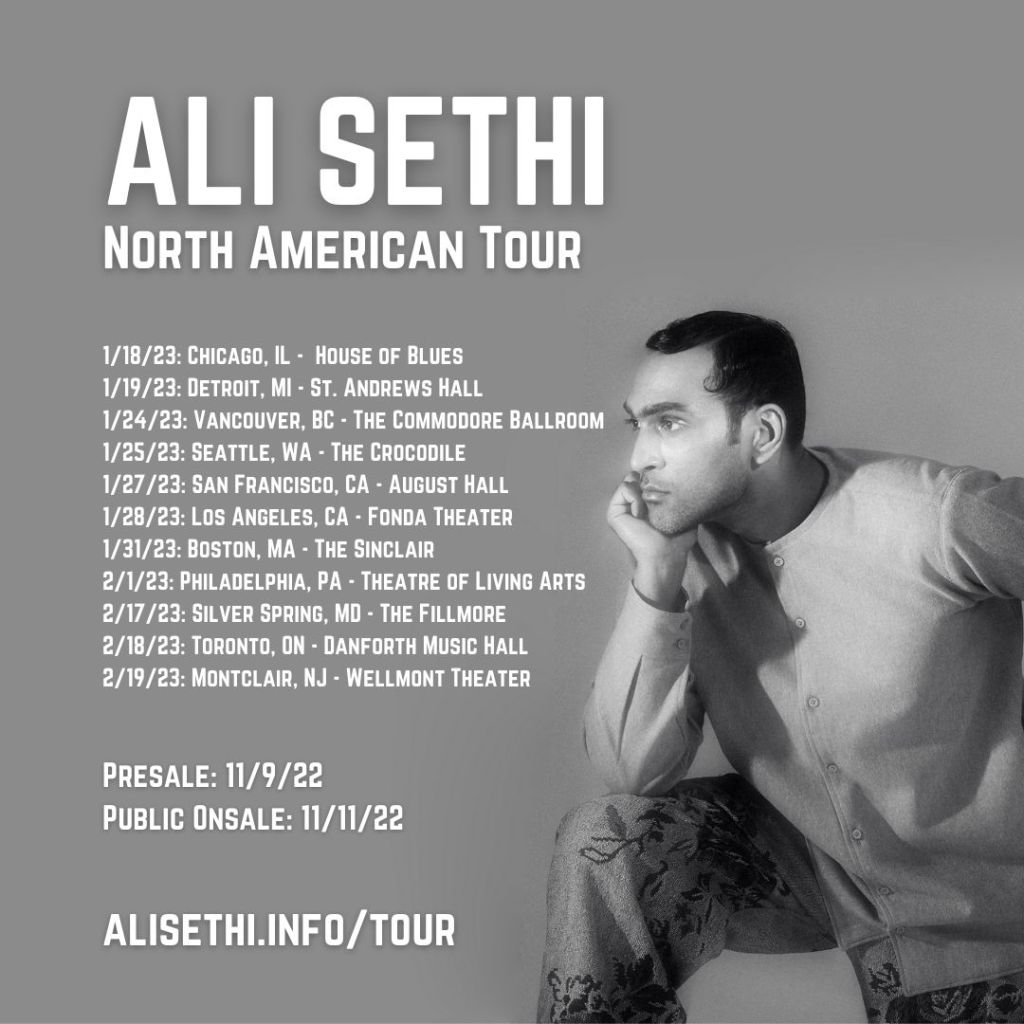 Tomorrow, November 12, Ali will play a sold-out show at New York City’s Irving Plaza. All dates are listed below.

Sethi – a musician, producer, author, and a pioneer in the global arts scene – was recently named to TIME Magazines “2022 TIME100 Next list.” With his single, “Pasoori,” Sethi became the first Pakistani musician to top the Spotify Global Viral chart.

Born and raised in Lahore, Pakistan, Ali Sethi came to the U.S. to study at Harvard. He infuses his music with the same multitudinous space that Sethi occupies – Punjabi folk mixed with contemporary beats and a queer aesthetic from South Asia. Sethi rose to prominence with the publishing of his debut novel in 2009, The Wishmaker. Since then, he has been involved in numerous musical, film and literary projects all inspired by his unique identity, a diasporic voice fusing ancient artistic inspiration with a thoroughly modern and urgent outlook.

Tags
Ali Sethi
Ayodeji Ibrahim Lateef Follow on Twitter November 11, 2022Last Updated: November 11, 2022
Load more
Back to top button
Close
We use cookies on our website to give you the most relevant experience by remembering your preferences and repeat visits. By clicking “Accept”, you consent to the use of ALL the cookies. In case of sale of your personal information, you may opt out by using the link .
Cookie settingsACCEPT
Manage consent