Millions of fans around the world lamented the end of an era when word broke today (June 14) that they would be taking a break. BTS, or Bangtan Boys, is a platinum-selling, world-tour, award-winning, chart-topping group that seems to have plenty of gas left in the tank to keep this money-making train rolling for years to come, but the South Korean stars are ready to take on new challenges 12 years after initially forming.

“I always thought that BTS was different from other groups, but the problem with K-pop and the whole idol system is that they don’t give you time to mature,” stated RM at the annual FESTA dinner hosted by BTS. “I think now we’re starting to think about what kind of artists we each want to be remembered by our fans,” Jimin added.

V made it clear that this isn’t the end of their relationship as a band. “Later when we gather again as a group that synergy will be like no other.” They don’t appear to be only interested in solo music projects; in a recent interview, Jin stated that he has considered appearing on a variety show, not for the fame or money, but simply because he actually does enjoy them.

Don't Miss
Tags
BTS
Ikedichim Chibundu Follow on Twitter June 16, 2022Last Updated: June 16, 2022
Check Also
Close
Back to top button
Close
We use cookies on our website to give you the most relevant experience by remembering your preferences and repeat visits. By clicking “Accept”, you consent to the use of ALL the cookies. In case of sale of your personal information, you may opt out by using the link .
Cookie settingsACCEPT
Manage consent 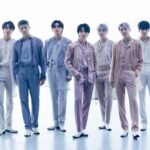