The saying that a thing of beauty is a joy forever found some serious vetting after Chlöe Bailey trended on Twitter after posting some pretty photos.

In a tweet yesterday January 5, Chloe had shared four pictures of herself, with the caption “express yourselfff.” And no, that’s not a typo. That was how she wrote it.

Twitter was charmed by the pictures, which revealed not just flawless skin but supreme self-confidence. The reactions to the pictures were overwhelmingly positive.

Cardi B wasn’t left out. She joined the league of adoring fans. In a comment on the post, she had joked that her p got hard. Not one to ignore the cheeky humor, Bailey had dropped emotions that would easily reinforce Cardi B’s ardour. 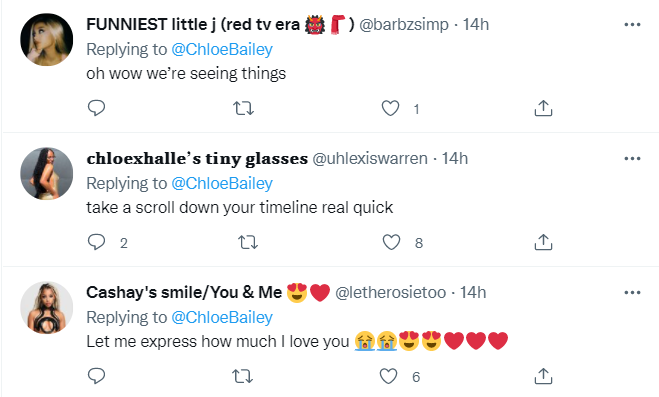 Bailey, 23, is one singer who sure knows how to get the attention of her fans not just with the music. A day after she posted the pictures, it is clear Twitter users are yet to get over their raptures. Well, this isn’t the first time a songstress has trended for her lavish good looks.

Let’s just hope the currently heatwave doen’t many the world forget that she was – and is – first and foremost a singer. New music, please!

Tags
Chloe Bailey
John Anusie Follow on Twitter January 6, 2022Last Updated: March 31, 2022
Check Also
Close
Back to top button
Close
We use cookies on our website to give you the most relevant experience by remembering your preferences and repeat visits. By clicking “Accept”, you consent to the use of ALL the cookies. In case of sale of your personal information, you may opt out by using the link .
Cookie settingsACCEPT
Manage consent 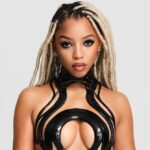