Nigerian veteran indigenous rapper Olamide will be making a guest appearance on a new song scheduled to drop in just a few days! Breaking the news on Twitter, internationally acclaimed disc jockey, DJ Spinall, stated that Baddo would be gracing a track, “Bunda,” off his new record and that it would be seeing its release on the 20th of this month. While taking the news public, the DJ could not contain his excitement, claiming that he had been trying to get the rapper on a song for five years! Talk about persistence.

In one of his tweets regarding the forthcoming jam, Spinall said he had to fly to the United States to link with the baddest rapper ever liveth in his Ritz Carlton apartment in Atlanta right after he had secured the vocals of another featured artist on the same track who goes by the name “Kemuel.” Spinall said the fans would “eat good” when the song drops and trust Olamide to always bring the OG heat.

“Bunda” will also serve as a lead single for DJ Spinall’s sixth studio album, “Top Boy,” to be released on the 17th of February. Judging from the peak energy in his recent tweets, the forthcoming song is undoubtedly one to watch out for.

Don't Miss
Tags
DJ Spinall Olamide
Ikedichim Chibundu Follow on Twitter January 16, 2023Last Updated: January 16, 2023
Check Also
Close
Back to top button
Close
We use cookies on our website to give you the most relevant experience by remembering your preferences and repeat visits. By clicking “Accept”, you consent to the use of ALL the cookies. In case of sale of your personal information, you may opt out by using the link .
Cookie settingsACCEPT
Manage consent 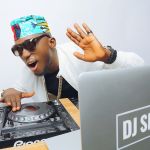