Oklahoma-based country singer-songwriter Jake Flint passed away on Sunday, just hours after getting married. He was 37.

In a soggy ceremony on Saturday in Oklahoma, Flint and Brenda Flint exchanged vows. The Oklahoman, a publication of the USA TODAY network, received confirmation from his longtime publicist Clif Doyal that the Red Dirt artist passed away in his sleep hours after the wedding. It is still unclear what caused the death.

As soon as his father, an enthusiastic music fan, was told he had ALS (Amyotrophic lateral sclerosis), Flint began playing music. Flint’s father hired some friends to teach Flint to play the guitar and take him to local bluegrass festivals because he wouldn’t be able to play sports with him.

Along with his love of bluegrass, Flint was also influenced by a variety of musical artists, including Texas singer-songwriters Guy Clark and Townes Van Zandt, 1990s rockers Nirvana and Pearl Jam, jam bands Phish and String Cheese Incident, and Red Dirt greats Tom Skinner and The Great Divide.

“I’m Not Okay,” Flint’s debut album, was recorded in 2016. The next year, he recorded and released “Live and Not OK at Cain’s Ballroom,” “Jake Flint,” and “Live and Socially Distanced at Mercury Lounge,” all of which were live albums.

Tags
Jake Flint
Ikedichim Chibundu Follow on Twitter November 30, 2022Last Updated: November 30, 2022
Check Also
Close
Back to top button
Close
We use cookies on our website to give you the most relevant experience by remembering your preferences and repeat visits. By clicking “Accept”, you consent to the use of ALL the cookies. In case of sale of your personal information, you may opt out by using the link .
Cookie settingsACCEPT
Manage consent 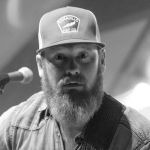 Jake Flint, A 37-Year-Old Red Dirt musician From Oklahoma, Passes Away Shortly After Getting Married