Following his unexplainable absence over an extended period, American singer Lil Uzi vert fans have criticised the rapper over his latest music snippet.

The rapper, who has for a while promised his fans an album titled The Pink Tape, took an extended period of silence which his fans had largely taken to be a premonition for a solid project. However, the fans who were eagerly anticipating Uzi’s new project have now taken to his Twitter account to express their frustration at his latest music.

Releasing a snippet on Twitter to whet the appetite of his fans and reassure them of a project in its final stages, there are no doubts Uzi was not expecting the response that greeted his post from his fans.

In the clip shared on Twitter, the rapper could be seen sitting on the floor smiling at the sound of his new music, flashing his expensive jewellery.

A review of the comment section has revealed a grim reception of the new sound by his fans. While many of his fans prefer his old sound to what they call his “new sound”, some have advised that the rapper take some time off to redefine his sound.

Check out some of the comments below:

each time he disappears for months his music just gets worse, sick of this shit https://t.co/TIqlnhuqkX 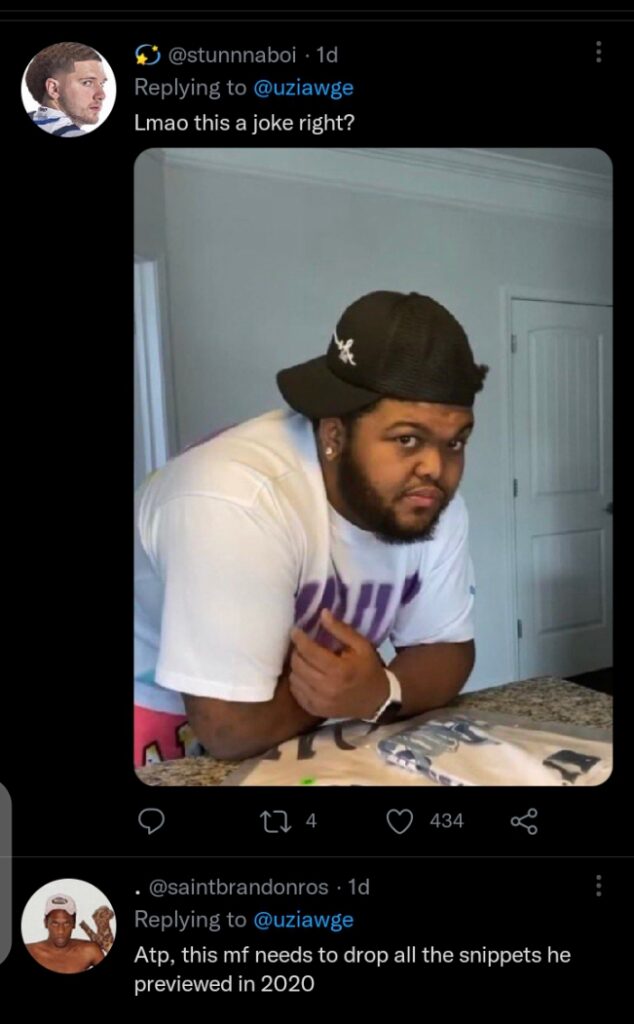 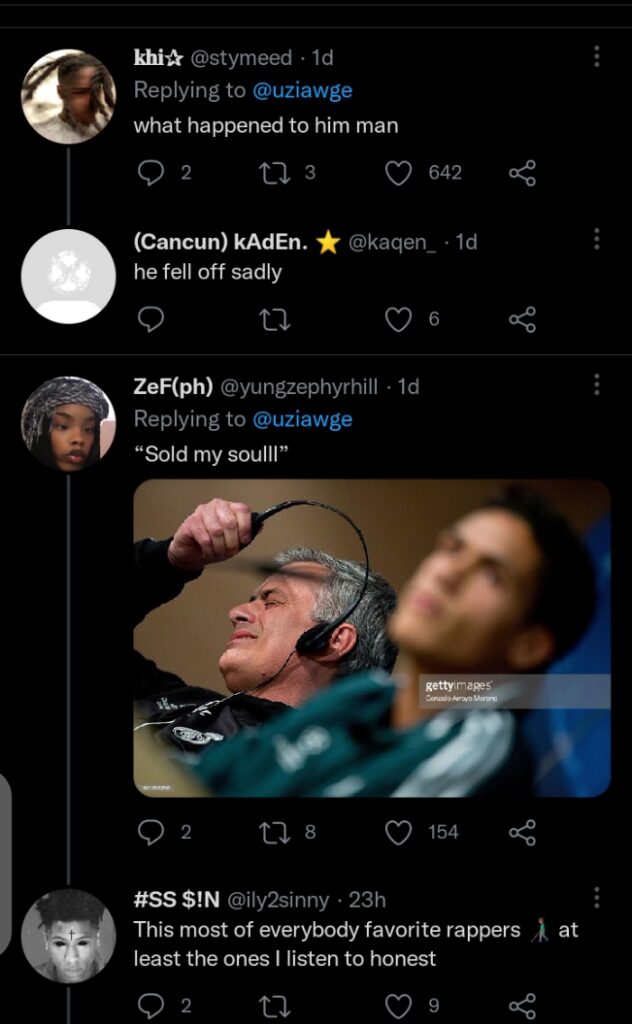 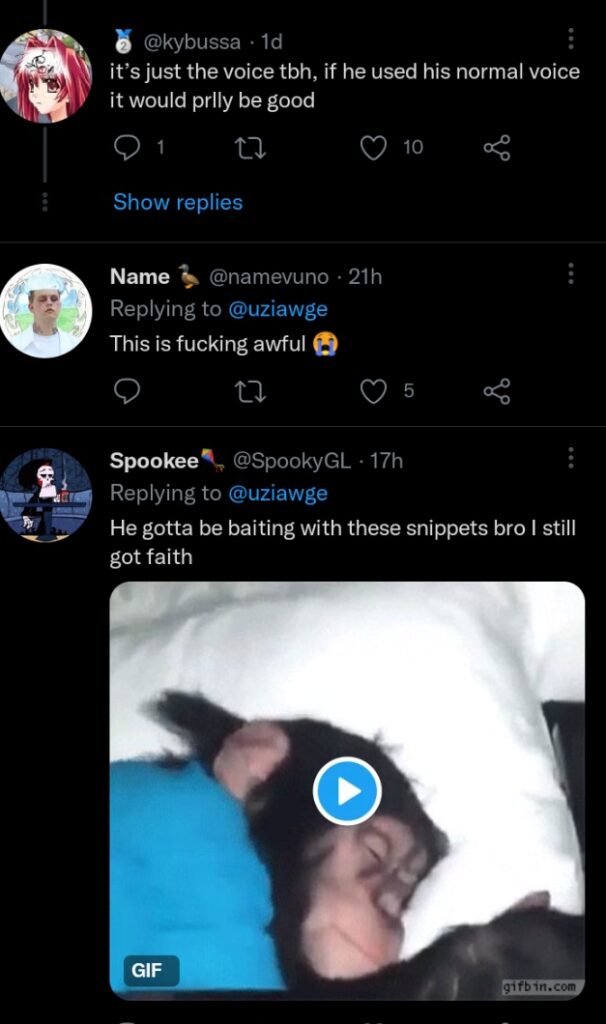 Tags
Lil Uzi Vert
Olumide JokotadeMay 24, 2022Last Updated: May 24, 2022
Check Also
Close
Back to top button
Close
We use cookies on our website to give you the most relevant experience by remembering your preferences and repeat visits. By clicking “Accept”, you consent to the use of ALL the cookies. In case of sale of your personal information, you may opt out by using the link .
Cookie settingsACCEPT
Manage consent 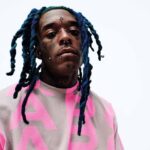