Luke Bryan’s wife, Caroline, got her pound of flesh by pulling the ultimate prank on her prankster husband.

On this week’s episode of “American Idol,” Luke got quite the shock when his wife appeared at his place of work, disguised as a stagehand. The drama all began when the “stagehand” donning a face mask and a black sweatshirt came on to the set, causing a stir as she got down heavy on the piano.

“Aggressive on the piano,” Luke commented.

Later on, the mystery “stagehand” disrupted the audition of Skylar Dixon when she sets off the alarm of her phone, and obnoxiously opening a bag of chips as Skylar delivered her song. That’s when fellow judge Katy Perry just couldn’t stand it anymore, marching over to the rude employee and forcefully ripping the bag of chips out of her hands.

The situation jumped from zero to hundred real quick when Caroline, still in disguise, approached the table and took back the bag of chips, sending the judges into a fury. Not until Katy yanked off the hood to reveal Caroline’s face.

“Oh my God,” Luke laughed, hugging his wife and in the same breath, throwing the bag of chips at her. “You’ve been punked!” shouted Lionel Richie. Turns out Katy was in on the joke all along. Women should really be feared.

Check out the clip below:

Tags
American Idol Luke Bryan
Ikedichim Chibundu Follow on Twitter March 24, 2022Last Updated: March 31, 2022
Check Also
Close
Back to top button
Close
We use cookies on our website to give you the most relevant experience by remembering your preferences and repeat visits. By clicking “Accept”, you consent to the use of ALL the cookies. In case of sale of your personal information, you may opt out by using the link .
Cookie settingsACCEPT
Manage consent 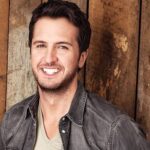