Two weeks have passed since Fetty Wap was detained and admitted guilt to federal narcotics charges in New York, which carries a mandatory minimum jail term of five years. The “Trap Queen” rapper pleaded guilty to a single count of conspiracy to possess and distribute 500 grams of cocaine at his court appearance on Long Island last month. He said to the judge, “I agreed with others to distribute cocaine.”

New images of Fetty’s life in prison have just surfaced online, despite the fact that a sentencing date has not yet been set. Along with three other prisoners, the “My Way” rapper stood posted up on the concrete wall wearing a traditional brown jail jumpsuit.

A new photo of Fetty Wap in prison has surfaced‼️🙏 pic.twitter.com/LvVYjdcgM7

When last heard from, Fetty was reportedly being housed in a special section of a federal prison in Brooklyn. Elizabeth Macedonio, the man’s attorney, stated that she was “very concerned about his housing” and that he was living under the “harshest of conditions.”

In addition, she asked that the rapper be moved to a different jail for sentencing. Prosecutors assert that the US Marshals Service and the Bureau of Prisons will eventually decide whether to transfer Fetty to another facility. The allegations against Fetty Wap come from his arrest in October 2021, during which he and five other co-defendants were charged with possessing and selling 220 pounds of heroin, fentanyl, and crack cocaine in New York City between June 2019 and June 2020.

Tags
Fetty Wap
Ikedichim Chibundu Follow on Twitter September 8, 2022Last Updated: September 8, 2022
Check Also
Close
Back to top button
Close
We use cookies on our website to give you the most relevant experience by remembering your preferences and repeat visits. By clicking “Accept”, you consent to the use of ALL the cookies. In case of sale of your personal information, you may opt out by using the link .
Cookie settingsACCEPT
Manage consent 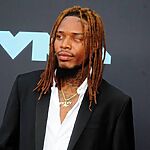