On Monday, Fetty Wap was taken into custody after he allegedly threatened to kill a man in New Jersey through FaceTime. In court documents, it is stated that the “Trap Queen” rapper called the man a “rat.”

“Imma kill you and everybody you with,” said Fetty Wap on the call, before reiterating, “I’m gonna kill you.”

Video of the encounter between Fetty Wap and the man known only as “John Doe” on December 11, 2021, also captures Fetty Wap brandishing a gun while threatening the man. The U.S. Attorney wants Fetty Wap’s $500,000 bond to be revoked. He is anticipated to show up on Monday afternoon for a hearing at Central Islip federal court.

Prior to his scheduled concert at Rolling Loud in New York on October 29, federal drug allegations led to Fetty Wap’s detention. Threatening the unnamed man, according to prosecutors from the Eastern District of New York, is a violation of the terms of Fetty Wap’s previous crime’s bond release.

“This was a direct violation of both state law and the condition of his release,” wrote an FBI agent in the affidavit. Other requirements for Fetty Wap’s release included GPS tracking, unpredictable drug testing, and passport surrender with prior authorization.

Tags
Fetty Wap
Ikedichim Chibundu Follow on Twitter August 9, 2022Last Updated: August 9, 2022
Check Also
Close
Back to top button
Close
We use cookies on our website to give you the most relevant experience by remembering your preferences and repeat visits. By clicking “Accept”, you consent to the use of ALL the cookies. In case of sale of your personal information, you may opt out by using the link .
Cookie settingsACCEPT
Manage consent 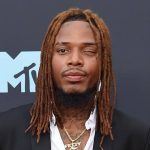