Pitbull is getting on the road once again. This time, he’s got more than 50 dates locked in for his upcoming Can’t Stop Us Now trek.

On his 2022 North American tour, presented by Live Nation, Pit will be joined by Iggy Azalea and Sean Paul on select dates. This will also be marking the second time Azalea would be joining Pitbull, following his I Feel Good tour. 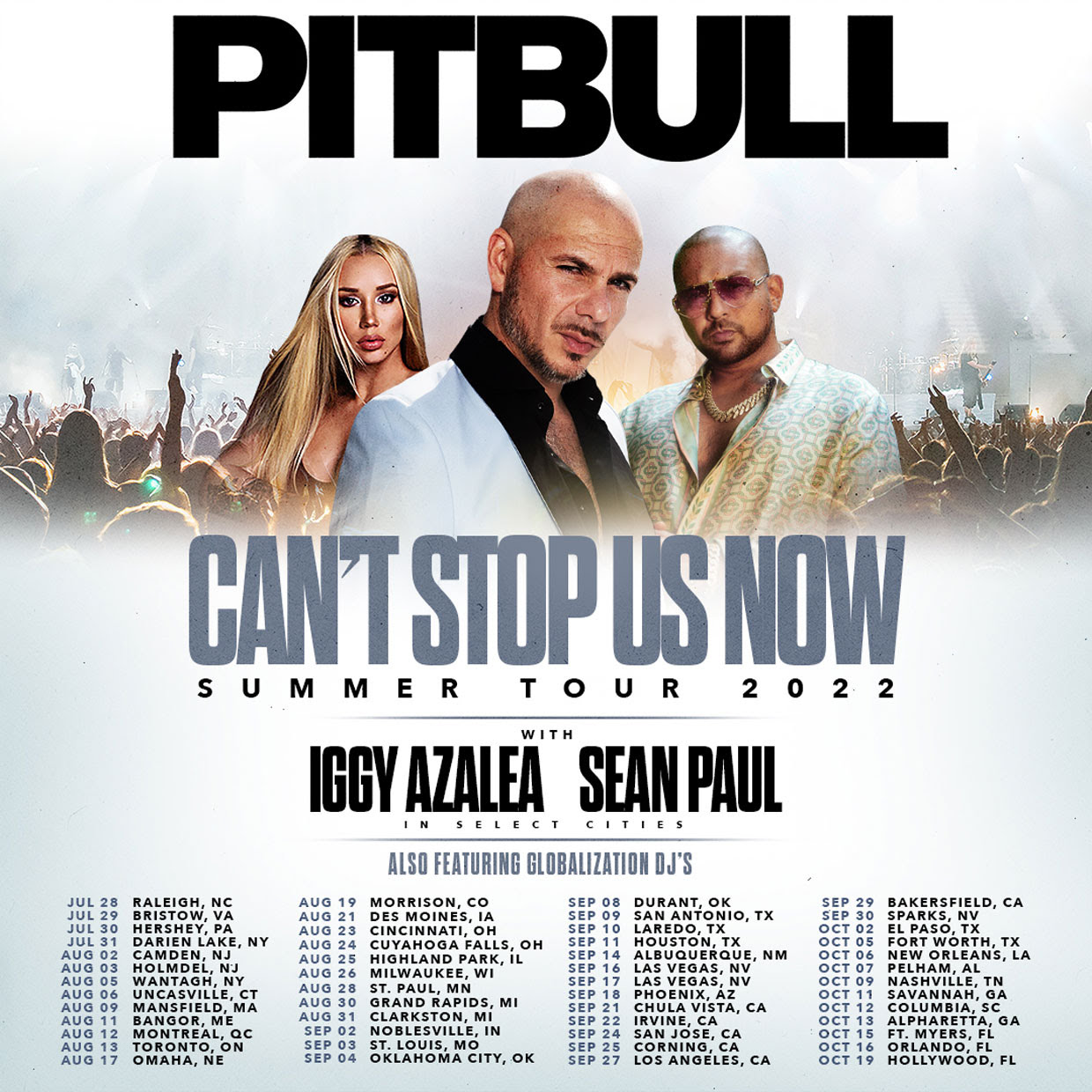 SiriusXM Globalization DJs have been billed to be Pitbull’s openers throughout the run of the extensive trek. Coming in hot and in time for the summer, the Can’t Stop Us Now tour will officially kick off on July 28 at the Coastal Credit Union Music Park at Walnut Creek in Raleigh, N.C.

Mr. Worldwide will then proceed to make pit-stops in cities such as San Antonio, Las Vegas, Los Angeles, Toronto, Nashville, and Orlando, before he wraps things up on Oct. 19 at the Hard Rock Live in Hollywood, Fla.

Pitbull had already expressed, on social media, that he was “excited to announce” his new tour. With the huge success of his last 32-city I Feel Good tour, one can boldly tell how massive this upcoming tour would be.

Tix for his 2022 Can’t Stop Us Now trek will be made available for purchase at 10 a.m. local time on Friday, April 15, via Ticketmaster. Fans can also be granted access to presale tickets by registering early via Pitbull’s official website.

Tags
Iggy Azalea Pitbull Sean Paul Tour
Ikedichim Chibundu Follow on Twitter April 12, 2022Last Updated: April 12, 2022
Check Also
Close
Back to top button
Close
We use cookies on our website to give you the most relevant experience by remembering your preferences and repeat visits. By clicking “Accept”, you consent to the use of ALL the cookies. In case of sale of your personal information, you may opt out by using the link .
Cookie settingsACCEPT
Manage consent