The Game has released his tenth album, “DRILLMATIC Heart Vs. Mind,” which includes the 10-minute diss track “The Black Slim Shady” against Eminem. The fiery song begins with a sketch directed by an Uber driver named Matthew, who is eventually revealed to be the brother of Stan, the protagonist of Eminem’s 2000 hit of the same name.

The Game’s explosive bars take aim at Eminem’s history of addiction, his family, and the controversy over whether or not he is guilty of cultural appropriation. The Game also makes a number of deep references to Eminem’s career, discography, and personal life.

One memorable line from The Game’s rapping pokes fun at Eminem’s 2002 song “Lose Yourself.” “Oh, he goes platinum / And, oh, I’m on the ‘Math with him / He got all the Blackest friends / He wants to be African / Me, left for dead on the ‘Doctor’s Advocate’ / Dre never executive-produced it, I just imagined it.”

In other parts of the song, The Game insults a number of Eminem’s friends, including Paul Rosenberg, Dr. Dre, and 50 Cent (with whom The Game already has a long-running feud). He challenges Eminem to respond with a personal diss of his own as he ends the song: “Mr. Shady, don’t be shady / Pick that pen up, don’t be lazy / Call up Dre and get that Dre beat / Jump off stage if shit get crazy.”

Tags
Eminem The Game
Ikedichim Chibundu Follow on Twitter August 12, 2022Last Updated: August 12, 2022
Check Also
Close
Back to top button
Close
We use cookies on our website to give you the most relevant experience by remembering your preferences and repeat visits. By clicking “Accept”, you consent to the use of ALL the cookies. In case of sale of your personal information, you may opt out by using the link .
Cookie settingsACCEPT
Manage consent 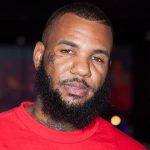