Silversun Pickups’ sixth studio album, “Physical Thrills,” captures precious vignettes in time and fully embraces every ebb and flow that each moment brings. Without relying on revisiting the band’s golden era, the new LP is a fantastic course correction. They take more time than at any previous moment in their illustrious seventeen-year existence to experiment with songwriting direction and off-the-wall sounds, giving the album a purposefully isolated feel.

Given that evaluation, you may not anticipate anything with a coherent look or a smooth transition between tracks, but Physical Thrills is stunning to see as it develops. This album has a feeling of being one continuous fever dream; whether it is engaged in the pastoral or the propulsive, everything is ethereal and interwoven. 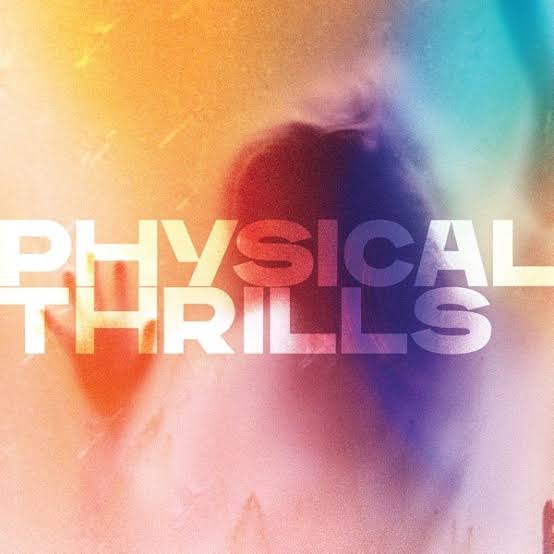 The album title is plastered on the glass-like frame behind which there is palm, spread out and raised close to the very blurry image of a person’s head that seems to carry some good length of dark hair. Going by imaginations and what we are already accustomed to seeing from romance flicks, things gets a little demystified, and we can assume that what is going on behind the glass of smeared colors is a whole lot of Physical Thrills.

Album opener, “Stillness (Way Beyond)”, starts off with gentle guitar strums that later invite the vocals of the band’s lead singer, Brian Aubert, and quite some loud banging of drums which he softly sings over. It becomes a bit difficult to grasp the exact context of the song, actually. It kinda seems to be about life’s thrills or that of relationship or both their ends, but it surely does come off as a sad song that was given a good rendition.

Maintaining the same energy on “Hereafter (Way After),” Brian tries to imagine how sad things can possibly get when a relationship withers away and reality sets in hard, faced with the choices of either becoming a homebody or going outside again to “breathe the unknown.”

“Scared Together” is another interesting track that finds the singer giving us a different idea as to why “we’re so much better when we’re scared together.” Unexpectedly the beat really picks up its pace in the third verse and rides that wave till the end.

On “Empty Nest,” he declutters his mind with someone that isn’t clear enough to be tagged a lover or friend, but one thing is certain, though, they both share the same circle of friends. And since it was taking too long for their mutual buddies to show up, they decide to “misbehave” as he seizes the moment to also get things off his chest and clean house.

On the brief “Dream at Tempo 310,” being on the same frequency with another, sharing similar dreams and being bold enough to actually make them known gets romanticized in a such a way that he never wants to go sleep when around that person. Cool wordplay with a preceding easygoing bridge. “Quicksand” paints the picture of two estranged, queer men that were formerly a couple, but are now seeing or are involved with other different people. They still seem to be a bit interested in each other, but only person could call the situation out for what it is.

The album closes with the calm playing of the piano on “Dream at Tempo 150,” starting and ending it, which is suitable for the energy spilling from the previous track.

At its peaks, the album channels the unfiltered enthusiasm and surplus energy of young adulthood into up-tempo indie rock that flickers with unexpected embellishments. The record feels universally current, bringing forth feelings of isolation.

Load more
Tags
Silversun Pickups
Ikedichim Chibundu Follow on Twitter August 23, 2022Last Updated: August 23, 2022
Check Also
Close
Load more
Back to top button
Close
We use cookies on our website to give you the most relevant experience by remembering your preferences and repeat visits. By clicking “Accept”, you consent to the use of ALL the cookies. In case of sale of your personal information, you may opt out by using the link .
Cookie settingsACCEPT
Manage consent