Adekunle Almoruf Kosoko, popularly known as Adekunle Gold and AG Baby, is a Nigerian Afrobeats singer and songwriter. He gained prominence in 2015 following the release of his hit single “Sade,” which was inspired by British group One Direction’s hit song “Story Of My Life.” It was first released as a cover of the song and later released via Olamide’s YBNL Nation as his first official single. His debut studio album “Gold” was released via the label in the same year. It debuted at number 7 on the Billboard World Albums chart. The album was also preceded by the singles “Orente” and “Pick Up.”

In an interview with Nigerian Entertainment Today, he revealed that prior to signing with the label, he designed the YBNL Nation official logo and artwork for Lil Kesh, Viktor, and Olamide. 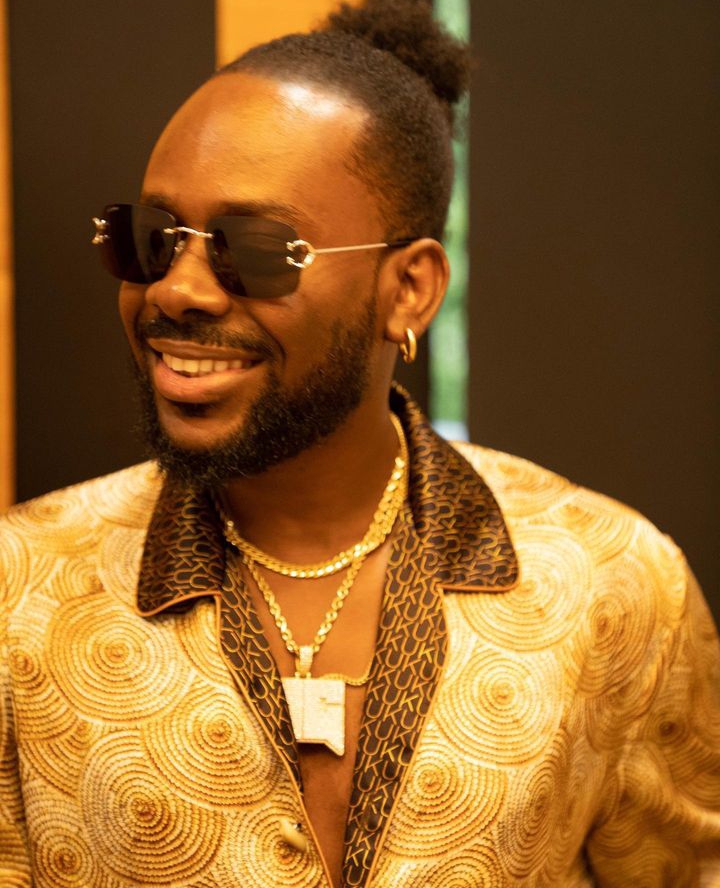 On July 15, 2022, following the release of his new song “5 Star,” Gold opened up about his battle with sickle-cell disease since childhood. He announced that it inspired the newly released song.

The exact estimate of Adekunle Gold’s net worth is unknown to the public. He makes money from his endorsement with brands, royalties from music, tours, and performance gigs worldwide. Adekunle Gold is wealthy but doesn’t show off his wealth like most artists. 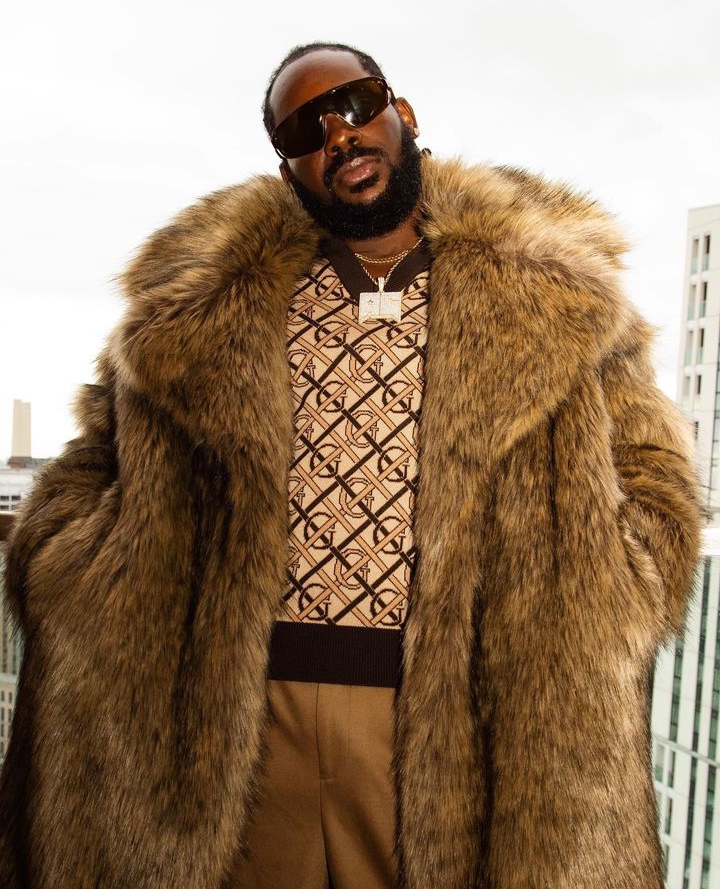 Adekunle Gold is happily married to the love of his life, Nigerian singer, songwriter, and record producer Simi. Adekunle and Simi dated for five years before officially tying the knot in January 2019. They welcomed a daughter, their first child, in May 2020.

Gold was linked to rumours of infidelity with a popular video vixen, Teminikan. The rumour was first reported on 21 March 2021 by a blogger known as popular Nigerian GistLover. The blogger posted a photo of the video vixen on their official Instagram page, warning Simi to stay away from him. 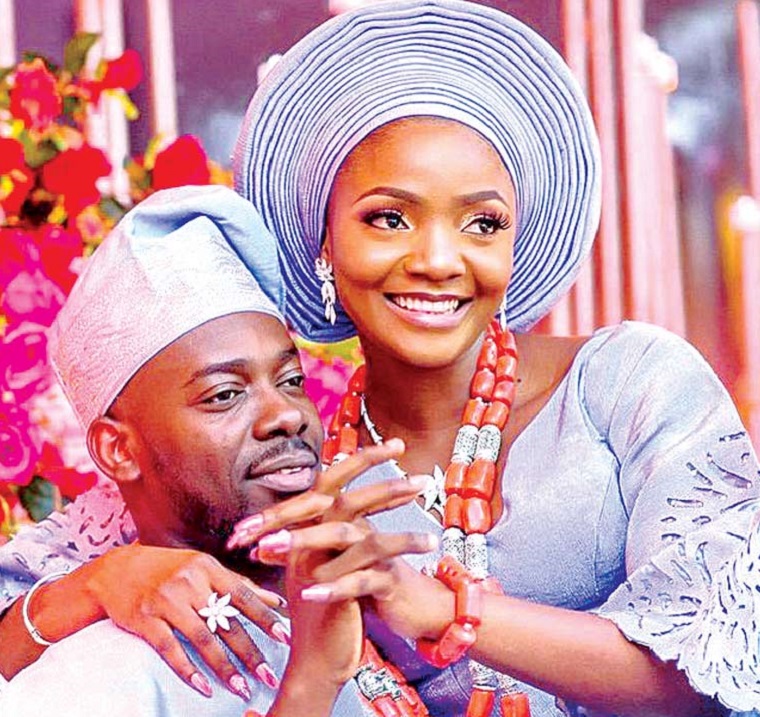 To confirm the rumours, GistLover shared screenshots on Instagram on the same day to confirm the cheating allegations. The blog implied that Gold’s wife, Simi was aware of her husband’s infidelity but did not do a thing about it.

With his wife, Simi, Adekunle Gold has a daughter name Adejare a.k.a Deja. The couple celebrated Deja’s first birthday on May 30, 2021, with beautiful photos. Adekunle wrote on Instagram, “To the most beautiful one-year-old-little girl I have ever known. You have graced our lives for a whole year now. You bring us so much joy, and every day I am grateful for you. I dunno how, but there’s no getting used to how perfect you are.
Happy Birthday, Adejare.
Daddy Loves you so much, Dej!” 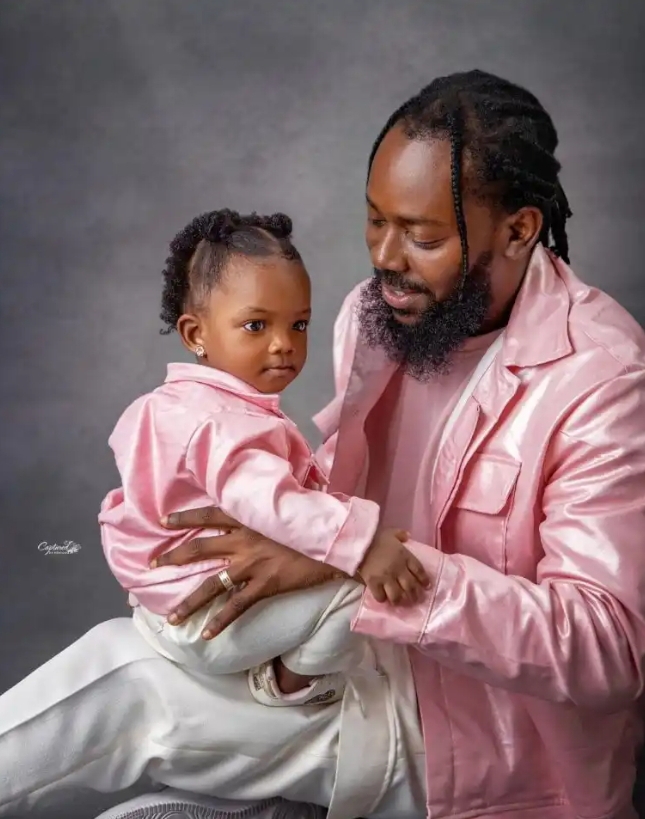 According to Carmart.ng Adekunle Gold and his wife Simi are reported to live in a multi-million Naira house in Lekki, Lagos State, Nigeria. The house is said to have a studio section and a pool.

Adekunle Gold’s sister, Adekunbi Kosoko, is late. He opened up about her in a chat with Saturday Beats. He said, “My sister was one of the few best friends I had, but death took her away. She had a heart-related disease, and I thought she could beat the disease, but she did not make it. We sang together a lot, and we shared the same dream. I was her best friend in the house, so it really shook me when I lost her…”

Her death inspired the hit “Ire.”

Adekunle Gold is the son of the late Prince Hakeem Adeyemi Kosoko. His father passed away a few months after his wedding to Simi. Not much is known about his mother. Kosoko died following an undisclosed illness and was buried according to Islamic rites on Thursday, May 30, at the private vault of Ikoyi Cemetery. Adekunle paid tribute to his father with a post on social media.

He wrote, “I feel a great sense of loss to officially announce that after we fought so hard, my father passed on the 27th of May, 2019.

My father was a GREAT man. He has always been the man I’ve looked up to. Growing up, I watched him work so hard for so little. He was very honest and has never been interested in shortcuts….”

Which song did Adekunle Gold write for Davido?

When did Adekunle Gold and Simi start dating?

Adekunle Gold and Simi dated for five years before tying the marital knot in 2019.

When did Adekunle Gold start singing?

It is unknown when he started singing, but he wrote his first song at 15.

Which university did Adekunle Gold attend?

What did Adekunle Gold study?

How did Adekunle Gold meet Olamide?

During a sold-out show in London, Adekunle Gold thanked Pheelz for introducing him to Olamide and helping him get signed to him.

When did Adekunle Gold and Simi get married?

Adekunle Gold and Simi got married in January 2019.

Does Adekunle Gold have a child?

Yes. His daughter with Simi is named Adejare Kosoko.

Where does Adekunle Gold live?

How many cars does Adekunle Gold have?

Adekunle Gold is not the flashy type. We have only counted two cars owned by him. It is unknown if he owns more.

How many albums does Adekunle Gold have?

Adekunle Gold has released four albums between 2015 and 2022.

Adekunle Gold has not won a Grammy.

Is Adekunle Gold a prince?

Yes. He was born Omoba Adekunle Kosoko into the royal family of Lagos State, Nigeria.

What was Adekunle Gold's first song?

Where is Adekunle Gold from?

He is from Lagos State, Nigeria.

Who is Adekunle Gold manager?

Tags
Adekunle Gold Featured
John Ogba-Ifeakanwa Follow on Twitter January 23, 2023Last Updated: January 24, 2023
Check Also
Close
Back to top button
Close
We use cookies on our website to give you the most relevant experience by remembering your preferences and repeat visits. By clicking “Accept”, you consent to the use of ALL the cookies. In case of sale of your personal information, you may opt out by using the link .
Cookie settingsACCEPT
Manage consent 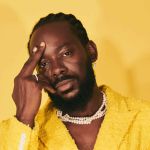