Badara Aliaune Damala Akon Thiam, a Senegalese-American musician, record producer, and businessman, was born on April 16, 1973, and is better known by his stage name, Akon. He gained notoriety in 2004 after the release of “Locked Up,” the lead song from his debut album, Trouble, which featured Styles P. 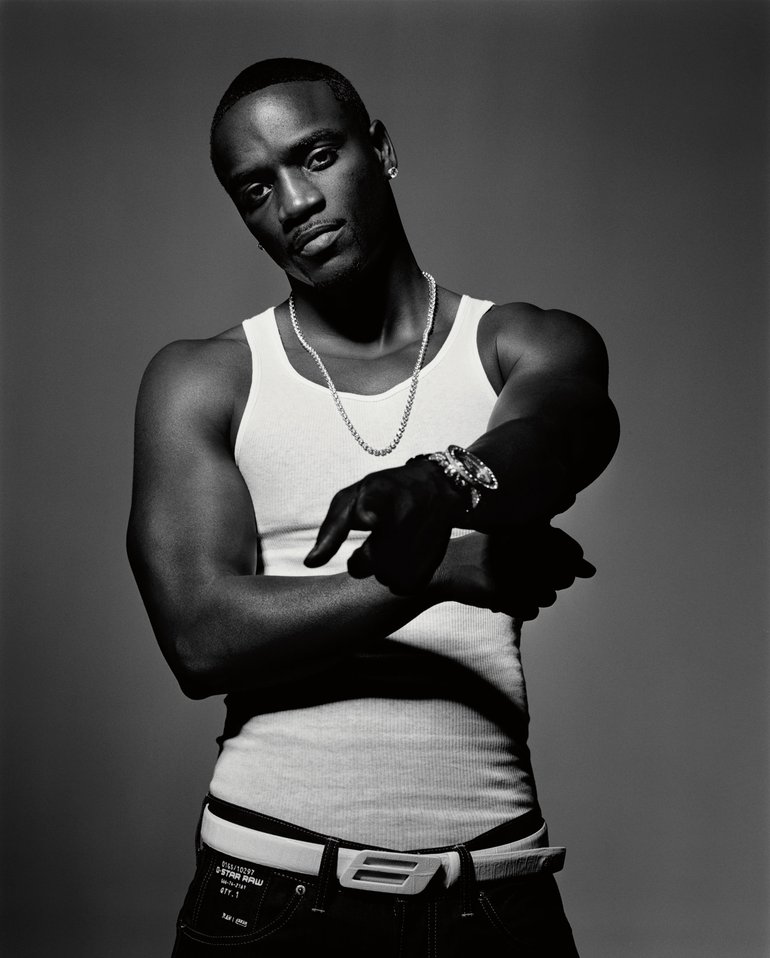 The R&B musician Akon, whose real name is Aliaune Thiam, has a $60 million fortune. Akon is a very well-known person in the music industry who moved beyond the confines of hip-hop to become one of the most important people in the entertainment sector. Akon has achieved success not only as a solo artist but also as an industry business leader who founded two successful record companies.

Although Akon is best known for songs like “Smack That” and “Locked Up,” fans of numerous genres frequently recognize Akon’s distinctive vocal style in their favorite tunes. There aren’t many people that can equal Akon’s numbers. Numerous of his songs have achieved platinum certification, including four that achieved triple platinum. More people than any other musician in the world use his songs as ringtones, according to the Guinness Book of World Records.

The mother of Akon is Kine Gueye Thiam. She is a Senegalese citizen as well. She once gave performances as a dancer and singer. Kine visited the country in 1972 to impart Senegalese song, dance, and culture to Southern Illinois University students. She co-founded The Konfidence Foundation with her well-known son, and currently serves as its president and CEO. Akon routinely shares pictures of his mother on social media since they are close. 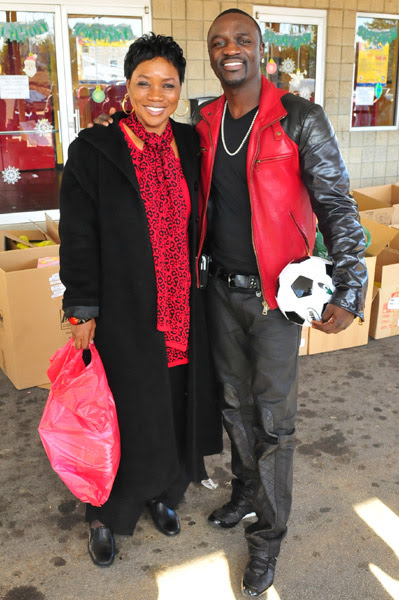 Akon’s father is Mor Thiam. He is of Senegalese descent. Despite being a cultural historian and entertainment consultant, he is best known for his work as a jazz drummer. He does a lot of charitable work as well. He even started Darou Khafor, a non-profit devoted to boosting Senegal’s standard of living. Abou Thiam, Akon’s brother, is an American music producer who at the age of 28 became the Vice President of A&R at Def Jam Records, making him the youngest individual to hold that position in company history. Additionally, he served as Konvict Muzik’s co-CEO. He participated in the A&R for Trouble, the multi-platinum album by his brother Akon. On Kanye West’s album Watch the Throne, he served as an executive producer. The world is unaware that Khady Thiam Gueye is much more than just the sister of Akon and Abou Thiam, better known as the trailblazing CEO and music industry tycoon “Bu,” two powerhouses who are creating waves in both music and innovation. In addition to being the CEO of KonLive and Bu Vision Entertainment’s chief brand officer, Khady founded TMI Worldwide. She not only manages these wildly successful businesses but also offers influencers, business owners, and enterprises strategic advice on how to build, develop, and sustain their brands. Senegalese artist and businessman Akon has established a project called Akon City. It is planned to construct Akon City in Senegal. Akon and Alioune Sarrin, Senegal’s minister of tourism, made the project’s initial announcement there in 2018. Akon claims that the Black Panther film was his inspiration, and he refers to Akon City as a “real-life Wakanda” that makes use of the most recent blockchain and cryptocurrency technologies.

Akoin is a Stellar-based cryptocurrency designed to fuel rising entrepreneurs in Africa and beyond. A blockchain-based network of services and solutions for business owners in African and international markets powers the cryptocurrency Akoin (AKN). Decentralized apps (dApps) in the Akoin ecosystem expand economic and entrepreneurial opportunities.

By converting fiat money into cryptocurrencies, users can move between the ecosystem and outside of it. The goal of Akoin is to open the door to employment by establishing chances for earning, learning, and saving in Africa and other developing nations with sparse economies.

As AfroTech previously reported, Akon is involved with Stage11, a startup which helps celebrities like himself and Snoop Dogg create their own proprietary NFTs.

How did Akon become rich?

Through his early smash records and his numerous successful guest features, alongside endorsement deals and brand partnerships.

On the music scene? Very much active. He did put out an EP recently.

Who is Akon wife?

Tomeka Thiam is his wife.

How long has Akon been married?

That info has not been made very clear. However, they have known one another for around 24 years.

Who is the father of Akon?

Does Akon have a child?

Akon claims that he has six children with three women.

RedOne brought Gaga to the studio and while she was demoing a song, Akon recognized her vocal talent and later signed her to his record label.

Does Akon have multiple wives?

As a firm believer in polygamy, the singer is wed to more than one woman.

Is Akon married to Rozina?

Yes, that’s his wife or well, one of them.

How old is Akon today?

To contact, you can write a fan-letter to his mailing address, Akon, 1021 Northside Dr NW Atlanta, GA 30318 USA. Or better still, go through his management.

Who is Akon brother?

How many albums has Akon sold?

Is Akon an African?

To his many wives, yes.

Where is Akon city located?

In the nation of Senegal, south of Dakar.

What car does Akon drive?

Akon really digs his Porsche Panamera. He also has an insane collection of other sports cars, ranging from Lamborghinis to a Ferrari to an SUV.

Akon is no longer involved with Lady Gaga’s career after helping to give the singer her big break.

Who is signed to Akon?

A bunch of artists that include Ace Hood, American Yard, Colby O’Donnis, Cyhy The Prynce, Kat Deluna and a host of others. It’s uncertain, though, if those artists are presently still under Akon.

What height is Akon?

Why is Akon so popular?

He blew up first as a singer.

What is Akon famous for?

Obviously for his music and featured collaborations.

What does the name Akon mean?

In African dialects, the meaning of the name is ‘born at night’.

What awards has Akon won?

Who was Akon's manager?

How many platinums does Akon have?

What is Akon's best album?

Who can live in Akon City?

Technically anyone, especially natives of Senegal and Africans in diaspora.

What is Akon coin?

Akoin is a Stellar-based cryptocurrency designed to fuel rising entrepreneurs in Africa and beyond.

Is Akon City still being built?

The 1st phase of Akon City expects to be complete by December 2023, which means work is still ongoing.

Tags
Akon
Ikedichim Chibundu Follow on Twitter October 11, 2022Last Updated: October 11, 2022
Check Also
Close
Back to top button
Close
We use cookies on our website to give you the most relevant experience by remembering your preferences and repeat visits. By clicking “Accept”, you consent to the use of ALL the cookies. In case of sale of your personal information, you may opt out by using the link .
Cookie settingsACCEPT
Manage consent