Diane Warren, a songwriter, came under fire on Monday (August 1) as it appeared that she was criticizing Beyoncé for her most recent album, Renaissance, where each song has multiple writers due to the utilization of vintage samples and interpolations.

Warren, who has written songs for performers including Cher, Celine Dion, and Beyoncé, tweeted, “How can there be 24 writers on a song? [eye roll emoji],” before adding, “This isn’t meant as shade, I’m just curious.”

Although Beyoncé wasn’t specifically addressed, fans widely assumed that the jab was meant at the 28-time Grammy winner, whose most recent song, “Alien Superstar,” for instance, has more than 20 writers listed as contributors.

The-Dream, a musician, weighed in on the contentious debate that developed in the comments to the original tweet, writing,  “You mean how’s does our (Black) culture have so many writers, well it started because we couldn’t afford certain things starting out, so we started sampling and it became an Artform, a major part of the Black Culture (hip hop) in America. Had that era not happen who knows. U good?”

Responding, Warren wrote, “I didn’t mean that as an attack or as disrespect. I didn’t know this, thank U for making me aware of it. No need to be mean about it.” 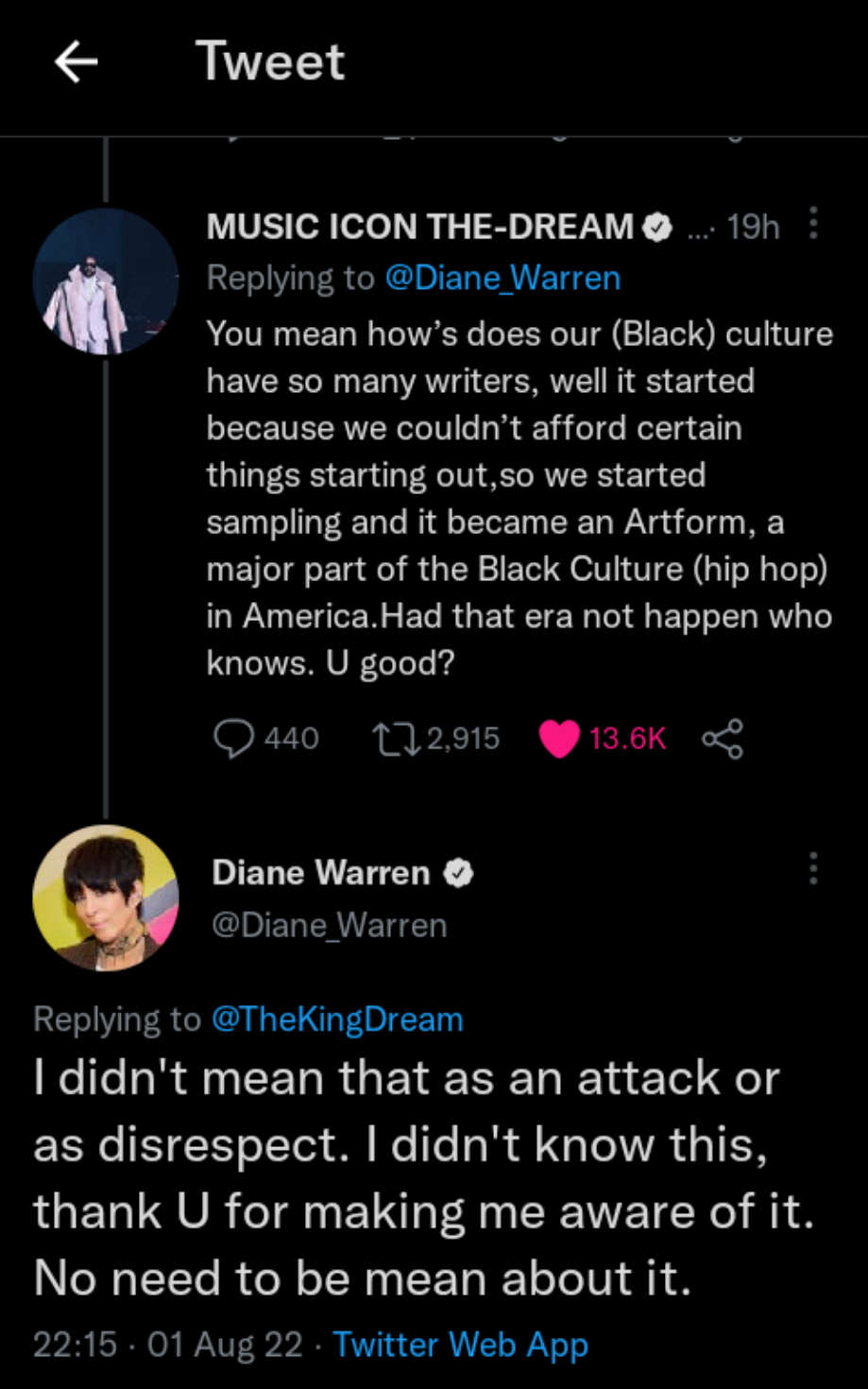