The newest single arrives ahead of the release of the producer’s debut LP Chromatic due out September 16 and available for pre-order now. The ultimate summer soundtrack, it’s a collection of light and bright tracks, culminating in a 12 track project, featuring appearances from vocalists like Constance, Kcdeeya, GESS, Ellie Jones, and more.

The debut album from AIR APPARENT is a splashy, vibrant fusion of ‘80s funk, electronic dance music with soaring R&B/pop hooks that chronicles the highs and lows of a romantic relationship. Chromatic is a buoyant, kaleidoscopic collection that puts AIR APPARENT’s range as a musician on full display as he wrote more of the melodies and lyrics than ever before. It’s a dynamic, dreamy fantasy that imagines summer lasts all year long, and transcends traditional boundaries of genre, carving a path to something greater. 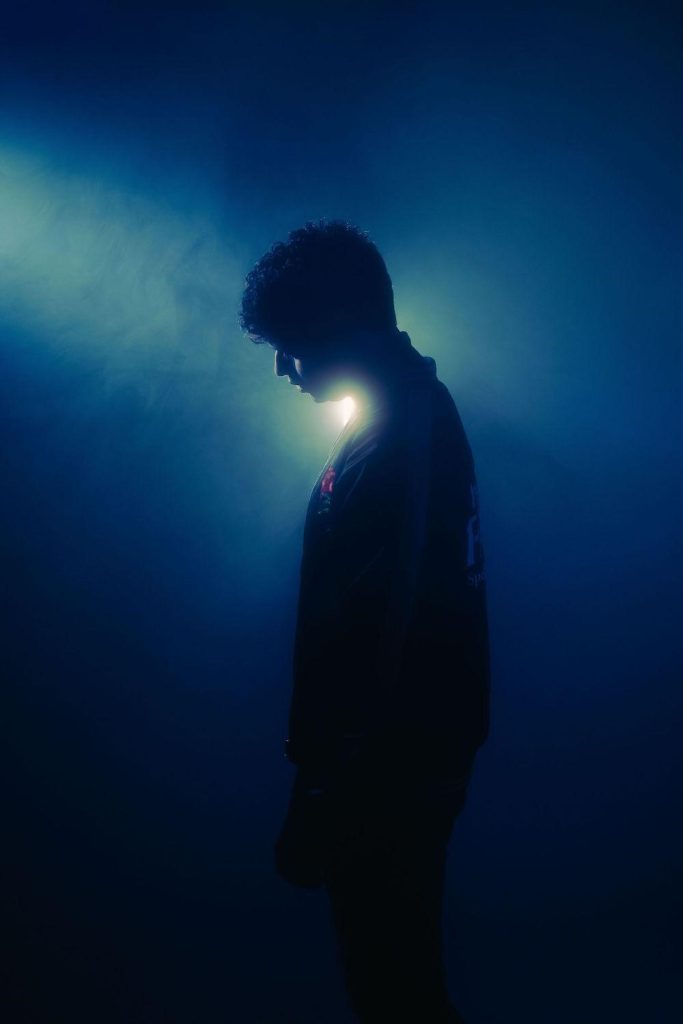 The project features the spectrum of human emotion, with jubilant songs like “Wonderland” and “Cosmos,” which represent the heart-fluttering moments of the honeymoon stage, and darker tracks, like “All By Yourself,” featuring one-time BTS collaborators Julia Ross and Krysta Ross that reflects post-break-up regret, and now boasts over 151,000 Spotify streams.

“I wanted to play on the idea that electronic music doesn’t have to be one thing. It can be stretched and smeared in different directions,” Sethi says of Chromatic. “The title refers to me expressing my vision of electronic music in a range of different colors, just how you can take a human experience and find 25 different angles and narratives within it.”

“Leave Me” is the latest from the Indian-American dance musician, Neil Sethi who performs under the moniker AIR APPARENT. The track emerged from a desire to pay homage to his electronic influences like KAYTRANADA and Disclosure and took shape after he discovered a vocal sample on Splice that he played around with, from chopping it up to distorting it. “As I listened to it more and more,” Sethi explains, “I realized the melody was really hooky so I went back and wrote an initial pass of lyrics based on the vocal sample and tune.”

Inspired by Flying Lotus and JDilla, collaborator and musician pantology added an eclectic bass line that took the production further, but still lacked a vocalist. “When it came to figuring out a topline vocal,” says Sethi, “I was lucky to discover Megan Ashworth online and work with her team on getting an impeccable vocal that sat nicely in the mix with a powerful, yet reflective energy.” Over a bouncy beat, Ashworth looks to move on as she begs her partner for a fresh start and encourages them to find someone who might be a better fit. It was mixed by Mark Yardley (Alex Metric, Icarus, Neon Steve, Stanton Warriors) and mastered by James Auwater (Rihanna, John Legend, Lupe Fiasco, PJ Morton).

The track’s accompanying video, directed by Mood Infinite (Jeff Wu) and Kelsey Tang, brings AIR APPARENT into a lush sanctuary where time stops and the relationship becomes imaginary, filled with textured glitches mixed with an ominous version of reality which mirror the disconnect in the relationship.

Drawing additional inspiration from a variety of artists and genres such as James Blake, Japanese Breakfast and Vampire Weekend, AIR APPARENT continues to boldly fuse together a myriad of genres. The way guitar tones are incorporated and woven into the production has become a signature part of AIR APPARENT’s sound, and recently allowed him to dabble into the realms of electro-pop and indie, echoing the likes of CHVRCHES and Purity Ring. Beyond breaking down musical barriers, AIR APPARENT hopes to inspire other marginalized young people to pursue their creative endeavors.

AIR APPARENT’s sophomore EP, Color Dreams, arrived in 2019 and his momentous single “three strikes” with DAVVN was released in 2020–a track that has since garnered over 119,000 streams on Spotify. Originating from Atlanta, GA, AIR APPARENT found himself mixing in eclectic themes of hip-hop, Bollywood tunes and pop punk making it easily accessible for him to transport any listener into a realm they have yet to experience. Notion noted AIR APPARENT’s ability to create an otherworldly experience for the listener, writing, “Every time you tune into an AIR APPARENT track you are instantly transported to his synth-based magical world.”

“Leave Me,” out everywhere now, is the perfect anthem for a fresh start. With his forthcoming debut album Chromatic, due out September 16 and available for pre-order now, AIR APPARENT invites listeners into his rich, pop-filled dreamscape. Find AIR APPARENT on Facebook, Twitter, Instagram and YouTube and stay tuned for the refreshing project from the rising producer.

Tags
Air Apparent
Ayodeji Ibrahim Lateef Follow on Twitter August 3, 2022Last Updated: August 3, 2022
Check Also
Close
Back to top button
Close
We use cookies on our website to give you the most relevant experience by remembering your preferences and repeat visits. By clicking “Accept”, you consent to the use of ALL the cookies. In case of sale of your personal information, you may opt out by using the link .
Cookie settingsACCEPT
Manage consent