There is a lot to say about The Game’s Drillmatic: Heart vs. Mind album, which has 30 tracks listed on it. The release of this album was preceded by a protracted and contentious campaign during which Game gave uncensored interviews and frequently discussed his conflicts with other musicians and celebrities.

Although they have sparked contentious discussions among followers on social media and served as conversation points for podcasts, the project is now in the spotlight thanks to the arrival of Drillmatic. The Los Angeles legend and Hit-Boy, the executive producer of Drillmatic, collaborated for a sit-down with Billboard to further promote their album.

Game responded unexpectedly when asked about his ideal collaborative partner throughout the interview. He has collaborated with some of the best in the business, thus the question seemed to be who he would like to collaborate with but hasn’t yet.

“Mine easy. Mine’s always gonna be Amy Winehouse,” Game said, to which others concurred. “She’s hard as f*ck. Her voice, man… Her voice and my voice over some jazz music would be on some other sh*t.” He added, “We probably gotta sample some Amy or something and put it over some trombones or something and go crazy!”

Watch The Game and Hit-Boy’s convo with Billboard below.

Tags
The Game
Ikedichim Chibundu Follow on Twitter August 16, 2022Last Updated: August 16, 2022
Check Also
Close
Back to top button
Close
We use cookies on our website to give you the most relevant experience by remembering your preferences and repeat visits. By clicking “Accept”, you consent to the use of ALL the cookies. In case of sale of your personal information, you may opt out by using the link .
Cookie settingsACCEPT
Manage consent 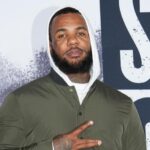