The next taste of Boyfriend’s upcoming highly-anticipated debut album is a modern hyper-pop makeover of No Doubt’s iconic “Just A Girl.” Feeding into the ethos of her artistry, this song has been a jab at gender norms since it was first released in the mid-nineties. With Boyfriend’s rock meets hyper-pop stylings, the song is given a new air of playful defiance. “Just A Girl” is available today on all DSPs and streaming platforms here:

“Ever since I started doing music I’ve been told to release cover songs, (usually by some industry person convinced that’s what would make me a star, cue eye roll) but as a songwriter, I always wanted to put my words out into the world, not someone else’s,” says Boyfriend on covering No Doubt. She continues, “But ‘Just A Girl’ already perfectly says what I want to say, as it does pirouettes on the razor’s edge of satire where I, as a songwriter, love to balance and dance.”

Prior to today’s release, Boyfriend released the debaucherous “Dance With the Devil” featuring Pussy Riot, which debuted at #30 on the SubModern charts (https://ffm.to/dancewith666.OPR). Soon to be released, fans can expect a depraved masterpiece of a music video co-directed by Pussy Riot co-founder Nadya Tolokonnikova and visual artist Yulia Shur, with an appearance from legendary model/performance artist Amanda Lepore. Also off of Sugar & Spice, Boyfriend has released her and Big Freedia’s rework of the riot grrrl classic “Deceptacon” and the album’s title track featuring Pyra.

Boyfriend will set out on a headline tour of her long-awaited debut album at the top of October, beginning in San Francisco, CA, and coming to a close in Austin, TX. All tour information can be found here: 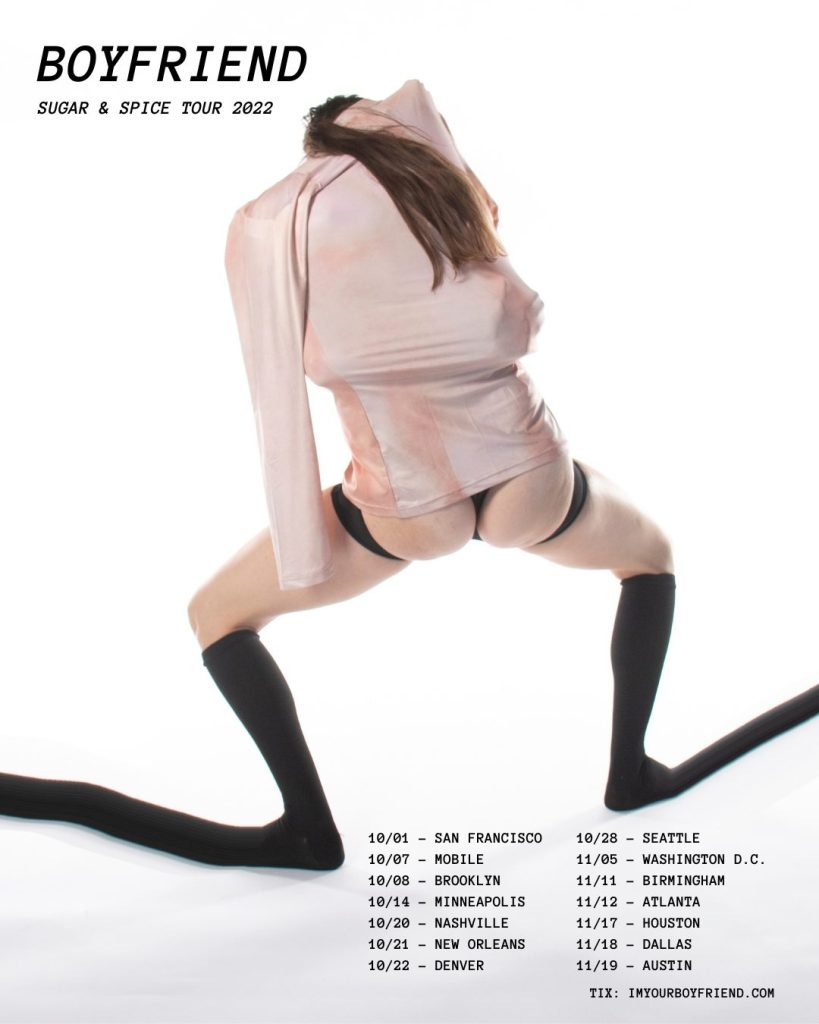 Tags
Boyfriend
Ayodeji Ibrahim Lateef Follow on Twitter August 12, 2022Last Updated: August 12, 2022
Check Also
Close
Back to top button
Close
We use cookies on our website to give you the most relevant experience by remembering your preferences and repeat visits. By clicking “Accept”, you consent to the use of ALL the cookies. In case of sale of your personal information, you may opt out by using the link .
Cookie settingsACCEPT
Manage consent