A myriad of songs were published this year by our fave Nigerian artists. Some artists dominated the charts more than others, while some others witnessed their music receive massive airplay others enjoyed huge streams across streaming platforms. All that can contribute to why people would want to look a song up. People are either searching for something or wanting to fetch more knowledge about the something they know.

Many songs performed well both in Nigeria and overseas as Afrobeats is now taking over and even making the bold move of setting the pace. And because life is not fair, some songs perform better than others that may be just as good or even better. The more popular an artist’s song gets, the more folks want to get with what’s popping which naturally births the category of Google’s Most Searched Songs in Nigeria.

The song “Buga” by Kizz Daniel and Tekno is one of the most popular songs to come out of Africa in 2022 since it has won over listeners in many different nations. The song’s popularity and success are evidenced by the fact that it became Nigeria’s most searched song on Google in 2022. Along with Mavin’s “Overdose,” Asake’s “Terminator,” Rema’s “Calm Down,” and Carter Efe’s “Machala,” “Buga” is the year’s most popular hit single.

Have a look at the top 10 Most Searched Nigerian Songs on Google in 2022 below.

Ikedichim Chibundu Follow on Twitter December 8, 2022Last Updated: December 8, 2022
Check Also
Close
Back to top button
Close
We use cookies on our website to give you the most relevant experience by remembering your preferences and repeat visits. By clicking “Accept”, you consent to the use of ALL the cookies. In case of sale of your personal information, you may opt out by using the link .
Cookie settingsACCEPT
Manage consent 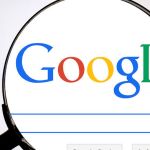 Check Out Google’s Most Searched Songs In Nigeria For 2022