Burna Boy, a Grammy-winning musician, has established his own cannabis company in Miami. Damini Ebunoluwa Ogulu is better known by his stage name. According to Black Cannabis Magazine, Burna Boy’s cannabis brand BrkFst, which was only recently introduced in South Beach, Miami, is a collaboration between Jokes Up and Ice Kream.

The hit song “Last Last” by Burna Boy, in which he says, “I need Igbo and shayo,” is thought to be the source of the brand’s inspiration. The song “Last Last,” which was released on May 13th, 2022, deals about heartbreak, which is referred to as “Breakfast,” and some of the lyrics discuss how to get over the heartbreak by indulging in some alcohol (shayo) and pot (igbo).

A little over a year after the singer called Nigeria’s cannabis prohibition “stupid,” the album was released. The brand launch, which took place during Miami Carnival, began with a pop-up from 12 to 3 in the afternoon, followed by brunch at a Miami Diner from 3:30 to 7 in the afternoon. Burna Boy was the headlining act at the Tipsy Musical Festival at Bayfront Park, which had an all-white theme.

While the song “Last Last” continues its climb up the Billboard charts, check out some photos taken at the event below. 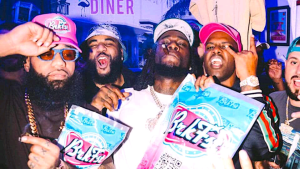 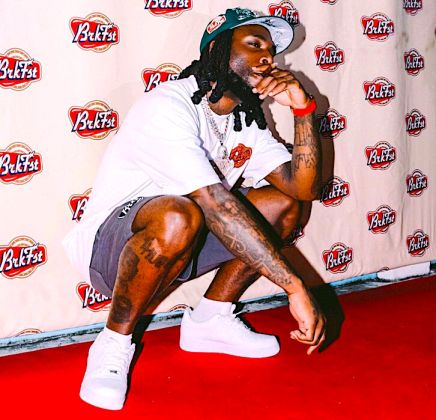 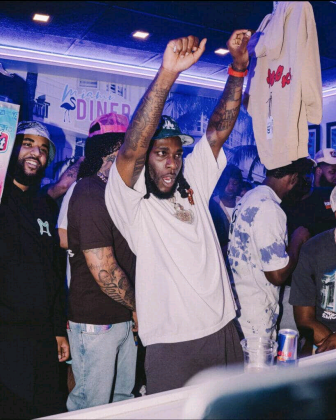 Tags
Burna Boy
Ikedichim Chibundu Follow on Twitter October 17, 2022Last Updated: October 17, 2022
Check Also
Close
Load more
Back to top button
Close
We use cookies on our website to give you the most relevant experience by remembering your preferences and repeat visits. By clicking “Accept”, you consent to the use of ALL the cookies. In case of sale of your personal information, you may opt out by using the link .
Cookie settingsACCEPT
Manage consent