One day after Kodak Black made his case on Twitter, Lil Uzi Vert has stepped out to defend his friend. Kodak was allegedly stopped recently while in Florida for having overly black window tints. The rapper was reportedly detained immediately after the traffic stop when police allegedly found drugs inside the car and expired tags on the rapper’s vehicle.

After being freed, Kodak has been able to carry on with his career as a performer; most recently, he shared the stage with Kendrick Lamar at Rolling Loud Miami; yet, he hasn’t completely resolved his issues with the police regarding his arrest.

Police apparently discovered roughly 20 Oxycodone pills on Kodak when they arrested him, but the rapper’s legal team reportedly claims that they were prescribed. According to reports, Kodak was shot earlier this year, and the medication is being utilized to lessen his agony.

Uzi tweeted his support for Kodak, who described the accusations as “character assassination” and said that the cops stopped him due to “racial profiling.”

“Everybody know Kodak Jus got shot I seen this N*gga with his scripts,” said Uzi. “Idk why he going thru this sh*t still Mannn Wtf going on down there In Broward ? @KodakBlack1k you blessed tho fam you will threw any situation that’s put in front of you [salute emoji][100 emoji].” 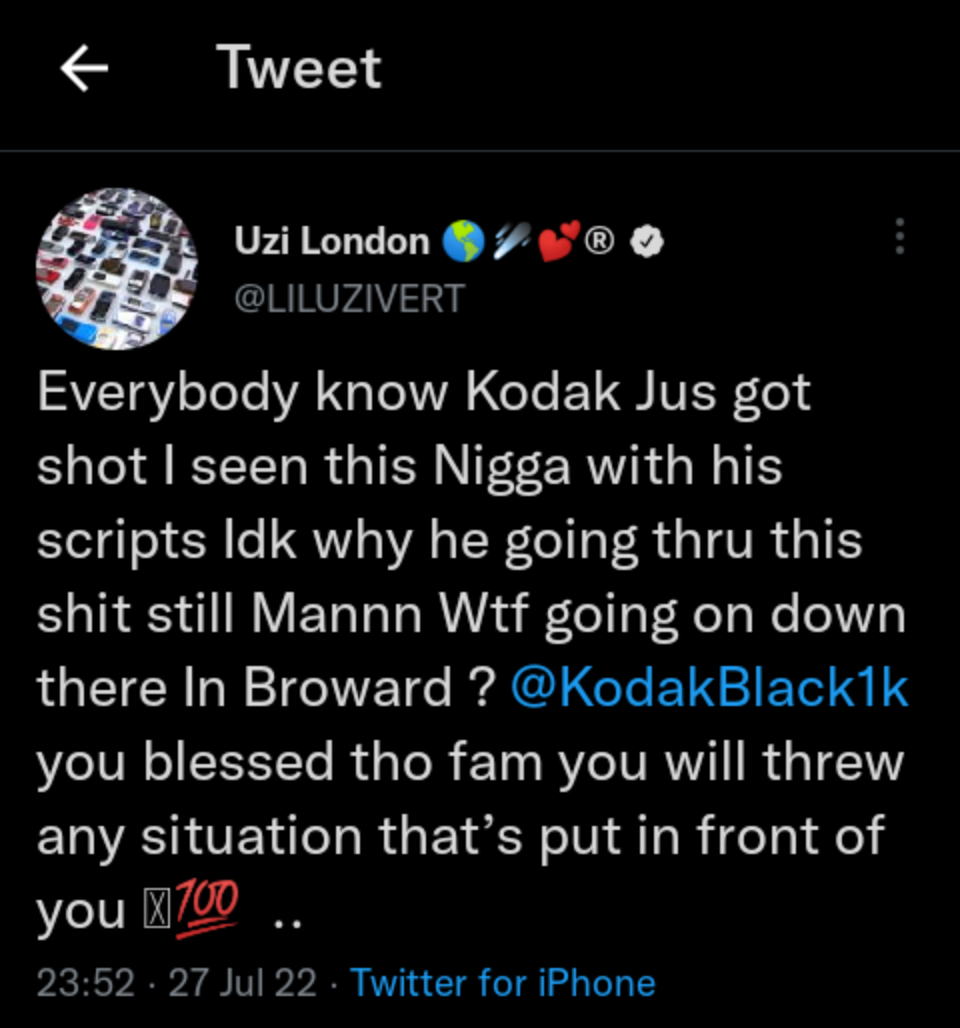 Tags
Kodak Black Lil Uzi Vert
Ikedichim Chibundu Follow on Twitter July 28, 2022Last Updated: July 28, 2022
Check Also
Close
Back to top button
Close
We use cookies on our website to give you the most relevant experience by remembering your preferences and repeat visits. By clicking “Accept”, you consent to the use of ALL the cookies. In case of sale of your personal information, you may opt out by using the link .
Cookie settingsACCEPT
Manage consent