K-Dot’s latest blockbuster album has been dubbed a “opera” by the former CEO and co-founder of Twitter.

We live in a time when music is exchanged more freely and in greater quantities. Hundreds of thousands of songs or albums are uploaded to platforms and streaming services every day, and many people have complained that projects don’t have the same shelf life as they used to.

Mr. Morale & The Big Steppers by Kendrick Lamar has sparked conversations long after its release, despite a tremendous launch that seems to have taken over every headline. Lamar is an enigmatic character in the music industry, as he keeps his personal life a closely guarded secret, but via his music, he gives the world an intimately personal look into his world.

Jack Dorsey, the co-founder and former CEO of Twitter, couldn’t get enough of Lamar’s new album and took to his social media platform to express his feelings. “This is an opera,” wrote Dorsey. “@kendricklamar is a poet and a teacher. I learn something new each listen…and I can’t listen to anything else. constant spin.” 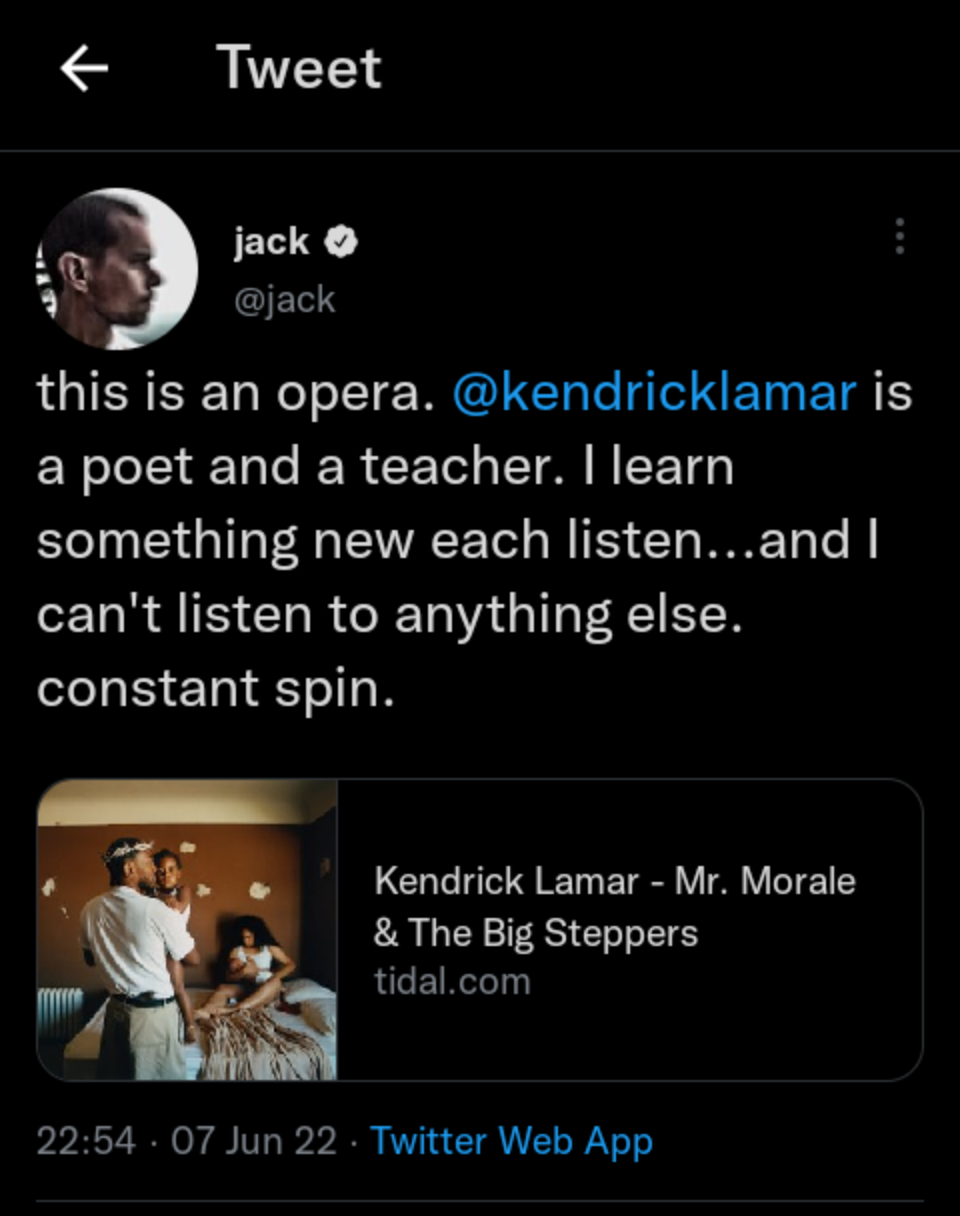 While Dorsey maintains his streaming stats, fans continue to heavily rock with Lamar and Taylour Paige’s “We Cry Together.” You might want to go give the LP a spin if you still haven’t, and be the judge.