Pop musical phenomenon Jack & Jack drop new song “Right Here With You” today. The track was written by the duo, drawing inspiration from member Jack Gilinsky’s relationship with model Geneva Natalia, ahead of the birth of their first baby, due next month. The lighthearted accompanying video was filmed at the couple’s baby shower alongside some of their closest friends and family. 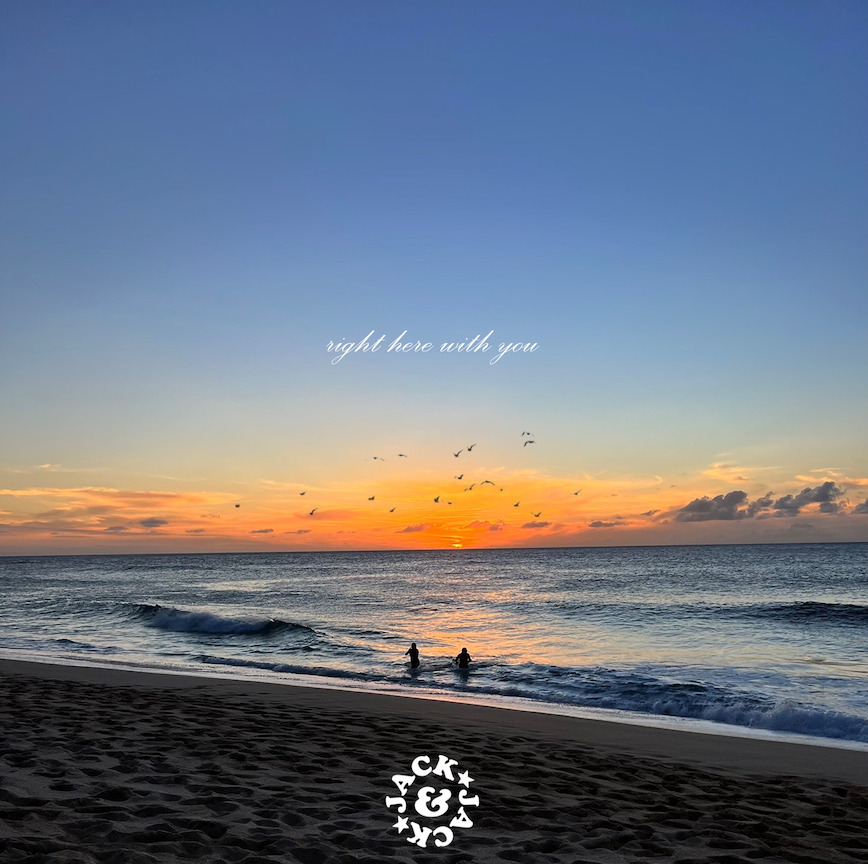 BUY/STREAM “RIGHT HERE WITH YOU: https://snd.click/RHWY

Last month, Jack & Jack returned after a 3-year hiatus with their current single “Runaway.” The track, created by the duo alongside singer-songwriter Mikey Ferrari and production duo Dream Addix, was written on an acoustic guitar last year after they lost a friend to drug addiction. After seeing so many people they know struggle, the duo wanted to return to music with a track that their fan base can relate to. Upon release, “Runaway” was added to several Spotify playlists, including New Music Friday (US, Global, Sweden, Gulf, Norway, etc.), Pop Right Now, soda (#1 position), Ny Pop and Singled Out.

The music video for “Runaway,” directed by Austin “Salty” Simkins, shows the struggle of a girl, played by director and actress Keana Issartel (As The Tide Comes In, Dash & Lily), who loses her best friend to addiction, played by actress Saxon Sharbino (Poltergeist, American Vandal), and is dealt to deal with the aftermath. The video had its broadcast premiere on MTV Live, MTVU, MTV Biggest Pop and on the Paramount Times Square Billboards and received VEVO playlisting as well, on Incoming Pop, Pop-Teen!.

Tags
Jack & Jack Jack Gilinsky
Ayodeji Ibrahim Lateef Follow on Twitter September 9, 2022Last Updated: September 9, 2022
Check Also
Close
Load more
Back to top button
Close
We use cookies on our website to give you the most relevant experience by remembering your preferences and repeat visits. By clicking “Accept”, you consent to the use of ALL the cookies. In case of sale of your personal information, you may opt out by using the link .
Cookie settingsACCEPT
Manage consent