Senth, the newest artist signed to YBNL, has made available the tracklist for his first EP, Senth Of Her. The singer will have a solo offering on the EP’s five tracks, which label head Olamide Adedeji executive produces. The tracklist also lists him as the producer of two of the songs.

The release of Senth of Her is scheduled for December 8th, a Thursday. The singer first entered the scene on November 17 with “Dagger,” his official YBNL debut single. Olamide had posted a music video preview of Senth’s brand-new song, “Dagger,” along with the statement that he had signed a new artist. The caption of the photo had reassuring words; “Welcome to YBNL/Empire @senthmusic . Let’s fvck $hit up.”

Senth, an Afropop and Alternative Pop singer who is originally from the East, was raised in the Northern region of Nigeria. In an interview with Moet Abehe on Sound City FM, he claimed to have disclosed that a friend had organized his YBNL agreement, which came at a rough patch in his musical career.

The singer also conveyed the good news in a poignant statement, saying that Olamide, his new boss, has been a “life changer” and that he is grateful for all of the time, sweat, tears, and devotion that have gone into his craft.

Tags
Senth
Ikedichim Chibundu Follow on Twitter December 6, 2022Last Updated: December 6, 2022
Check Also
Close
Back to top button
Close
We use cookies on our website to give you the most relevant experience by remembering your preferences and repeat visits. By clicking “Accept”, you consent to the use of ALL the cookies. In case of sale of your personal information, you may opt out by using the link .
Cookie settingsACCEPT
Manage consent 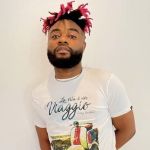 Senth, The Newest Addition To YBNL, Has Announced His Début EP, “Senth Of Her”