To commemorate the 15th anniversary of his album The Cool, Lupe Fiasco has revealed that he will go on a five-city tour. At each of the shows, Fiasco will play the full album from start to finish. “Celebrating the 15th Anniversary Of ‘The Cool,'” Lupe captioned the announcement post. “Performing the album from front to back in a city near you.”

Gemini, Snoop Dogg, and Matthew Santos were all involved in the recording of The Cool, which was released in December 2007. Some of Fiasco’s most popular tracks, like as “Superstar” and “Hip-Hop Saved My Life,” are included on the tracklist. In a June interview with Billboard while promoting his most recent endeavor, Drill Music in Zion, Fiasco recently pondered on the album’s performance.

“I dodged the sophomore jinx,” he told the outlet at the time. “That was the whole goal. It’s probably gonna wind up being my first platinum album. I’ve never had a platinum album and I’ve sold millions of singles. There was no rush, but it’s looking like The Cool is a few thousand albums from going platinum 15 years later. That’s the next milestone and the one commercial thing that can really put the stamp on it and I’ll have the plaque to prove it.”

Tags
Lupe Fiasco
Ikedichim Chibundu Follow on Twitter July 28, 2022Last Updated: July 28, 2022
Check Also
Close
Back to top button
Close
We use cookies on our website to give you the most relevant experience by remembering your preferences and repeat visits. By clicking “Accept”, you consent to the use of ALL the cookies. In case of sale of your personal information, you may opt out by using the link .
Cookie settingsACCEPT
Manage consent 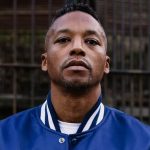 “The Cool” 15th Anniversary Tour Is Announced By Lupe Fiasco