On June 24, when Chris Brown’s tenth studio album, Breezy, is scheduled for release, his biggest admirers are essentially counting count the days till the stroke of midnight. In his usual star player fashion, Brown has been releasing interviews and singles ahead of the release of his unborn child.

He recently revealed to fans that, despite having recorded an astounding 250 songs, only 23 of them were good enough to be included on the album. Only a few days ago, the native of Virginia teased a melodic collaborative effort with Nigerian “Essence” hit-maker, Wizkid, in a light-hearted dancing video.

Since then, we’ve been blessed with the nearly two-and-a-half minute tune, “Call Me Every Day.” Now the visual for “WE (Warm Embrace),” a song that Brown dropped in the spring, precisely on April 1st, was released by the singer on Tuesday, June 21st.

While the release of a new Breezy video was enough to have fans excited, some were thrilled to see that the 33-year-old had enlisted former Fifth Harmony member Normani to perform with him and display some of her most seductive dance skills for the camera.

The “Motivation” singer has drawn some criticism from fans, as is almost customary now whenever a woman in the industry associates herself with Brown. Check out some of the reactions below. 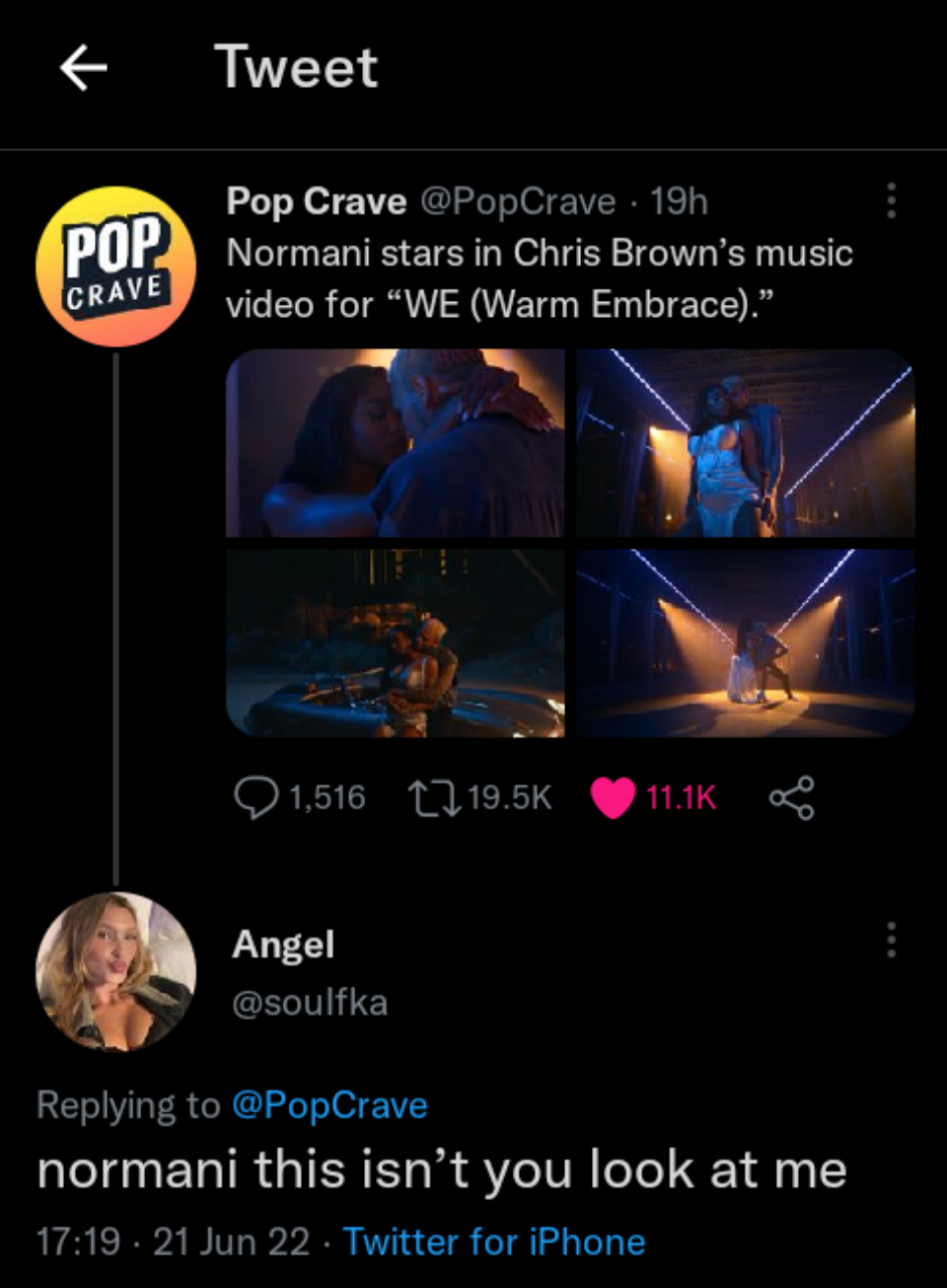 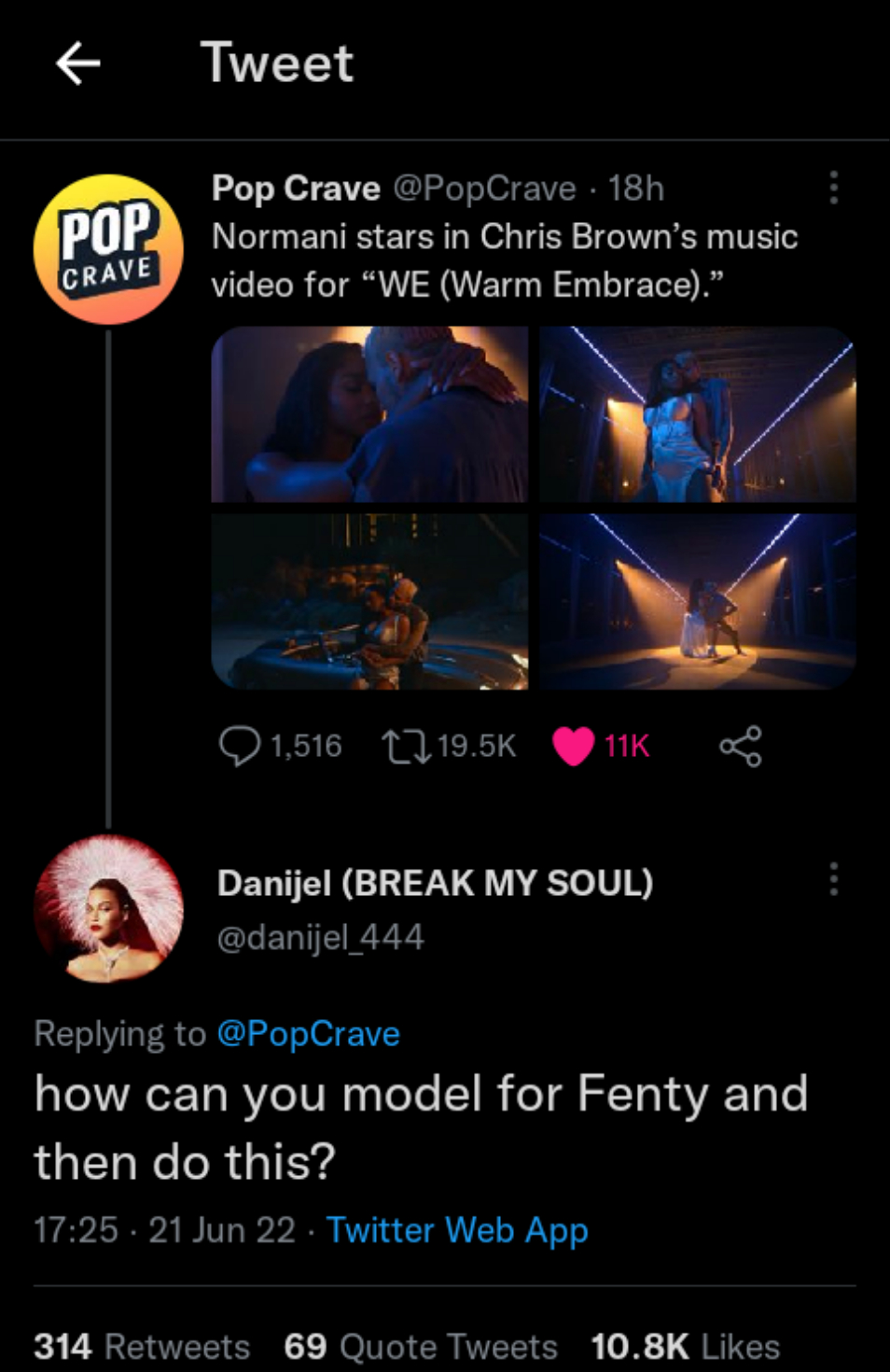 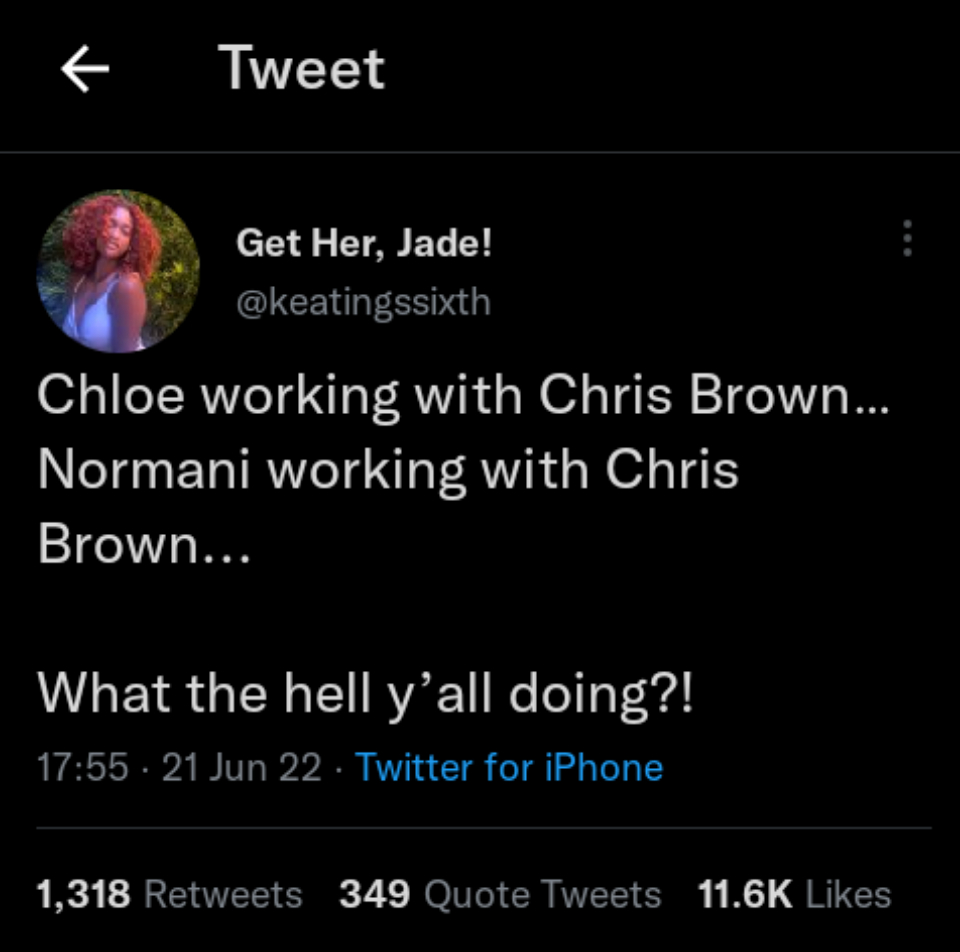 Tags
Chris Brown Normani
Ikedichim Chibundu Follow on Twitter June 22, 2022Last Updated: June 22, 2022
Check Also
Close
Back to top button
Close
We use cookies on our website to give you the most relevant experience by remembering your preferences and repeat visits. By clicking “Accept”, you consent to the use of ALL the cookies. In case of sale of your personal information, you may opt out by using the link .
Cookie settingsACCEPT
Manage consent