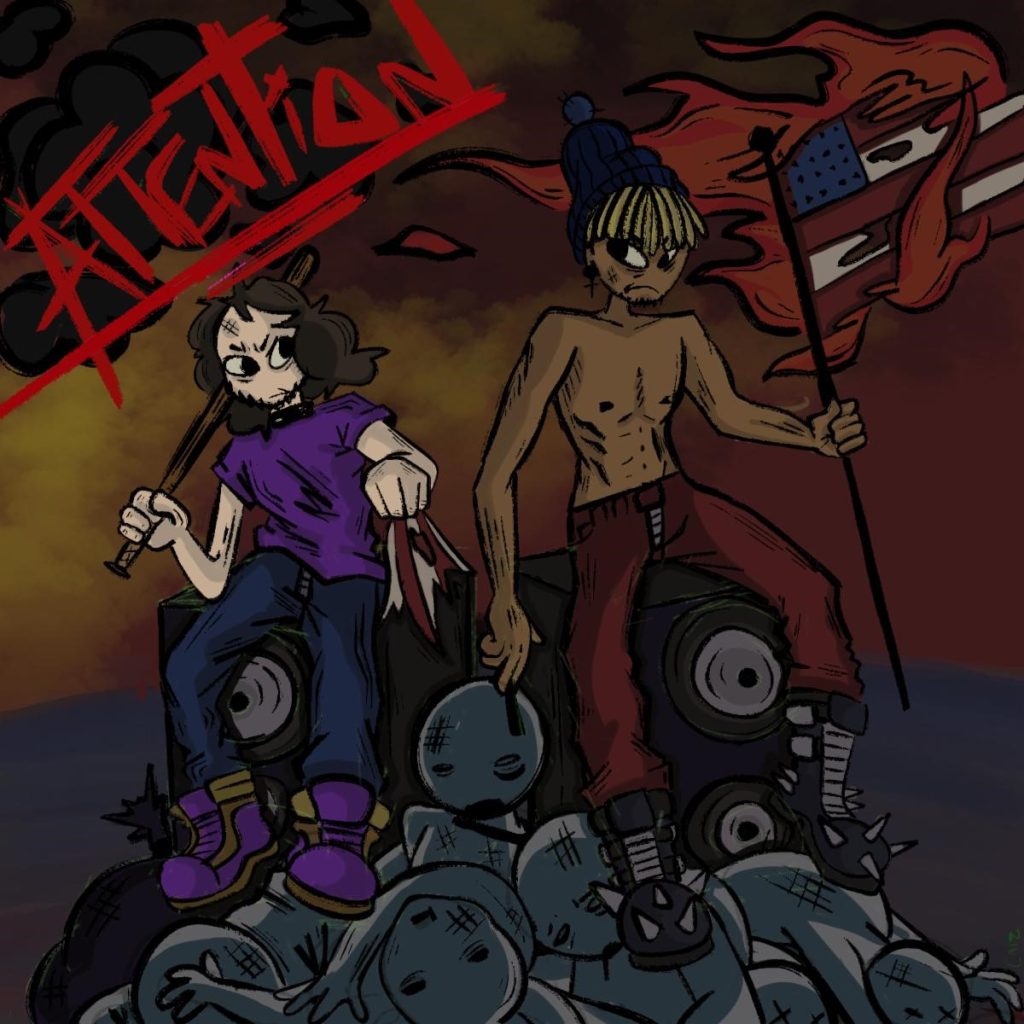 This time around, the duo bring the punk without apology. A distorted guitar riff and guttural bassline charge up the groove as a defiant hook rings out, “I don’t want your attention.” This blast of energy simply never subsides. Screams of “Retaliate” cement this as a moshpit-ready call-to-arms for a new era. Once again, the pair not only wrote and produced the track, but they played every instrument themselves as well. They paved the way for “ATTENTION!” with a short teaser on TikTok, gathering north of 175K views. Fans clamored for the official version, so WHOKILLEDXIX obliged and delivered a punk song for this generation.

WHOKILLEDXIX recently revealed their 2022 EP LORE vol. 1. Landing with a bang, it has only amplified their impact, bringing their global stream tally to 174 million-plus and YouTube views over 36 million and counting.

Meanwhile, they recently lit up the stage at Lookout Festival—presented by Masked Gorilla and LiveNation—and So What?! Fest in Grand Prairie, TX.