The extended play “Bad Boy Etiqquete 101” by Ajebo Hustlers has been be published today, December 9th, 2022. The album was announced by the group on November 21st. The highly anticipated EP follows their album, “Kpos Lifestyle Vol. 1,” which was released in 2021 and which produced a couple of successful singles. They also released the single “In Love” which featured the quickly rising star Fave, to enthusiastic reviews from fans.

Shortly afterwards, they put out another single, “No Love (18 Plus) featuring Mayorkun, leading to the EP’s release. The mesmerizing music that made the duo one of Nigeria’s most promising artists is exactly what is made available to fans with this new release. The Ajebo Hustlers’ clever storyline, mellow melody, and unique style are all captured on the new record, “Bad Boy Etiqqute 101.” 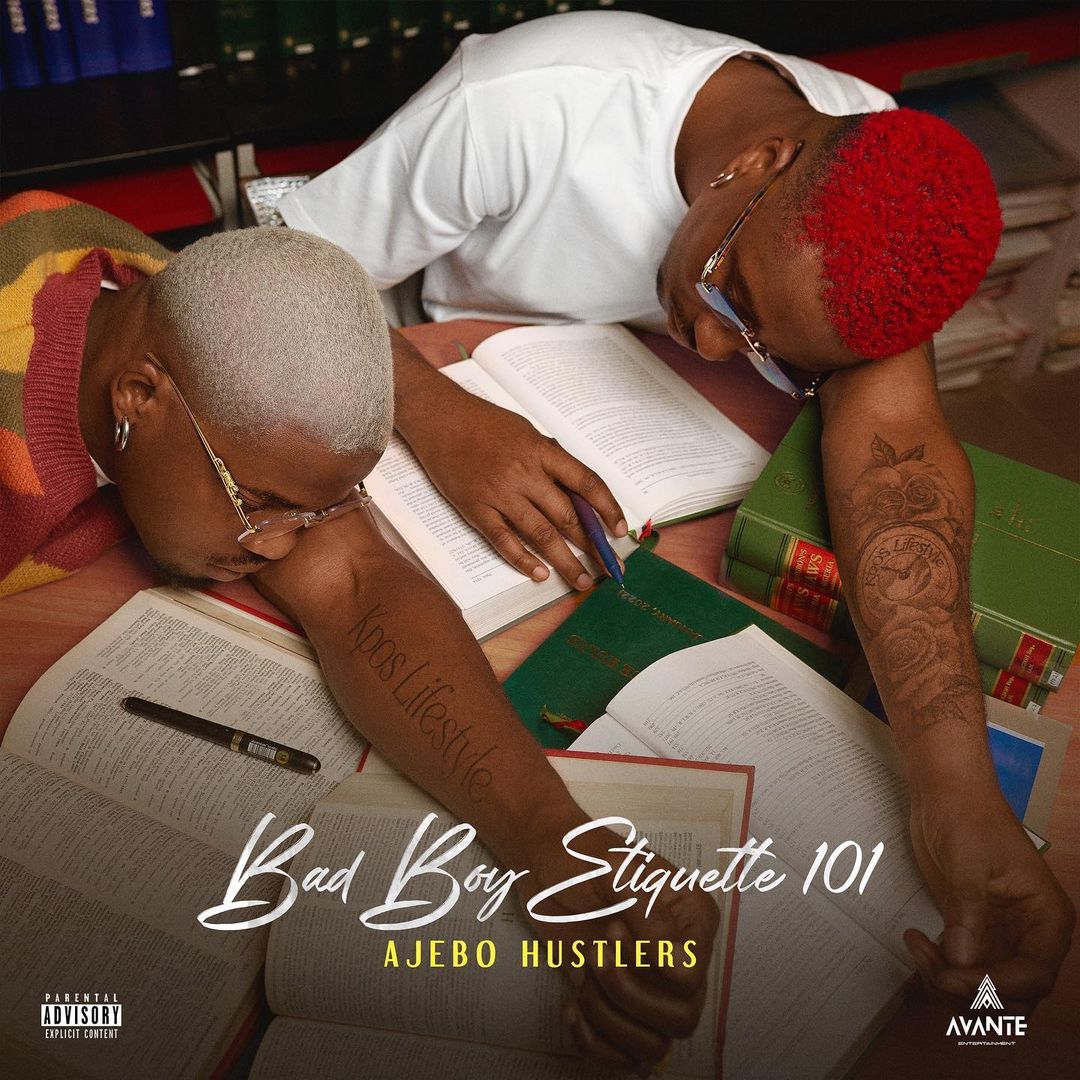 The Ajebo Hustlers duo can be seen resting their weary heads on their arms that are positioned to show off their new body inks. Judging from the open books they are sleeping on, they could easily come off as bookworms that are also very lit boys in their social circles. Their brilliance is expressed in every track as they attempt to enlighten us on the Bad Boy Etiquette 101.

The opening track of the seven-track EP, “Dreams,” encapsulates the group’s philosophy as they pursue and carry out their musical objectives. The song’s lyrics touch on themes such as hustle, dreams and ambition, determination, motivation, and resilience. The song’s excellent Afrobeat arrangement, which occasionally features a background support vocal and includes a violin interlude, makes it a fantastic opener.

The talented Fave sings the chorus on the following song, “In Love,” which is largely about love and relationships. The lyrics also deal with desire, romance, and affection. It’s no surprise that this tune was released as a single before it was included in the album because the trio works beautifully together to make it a smash. The track’s relaxed mood is undeniable, and the beat arrangement is typical of Afro-R&B.

The third song on the album, “Kisses,” is performed superbly by the amazing duo. They depict a phony girlfriend who is also unfaithful and how exhausting it is to be in a relationship with someone like that. The lyrics contain a variety of themes, including dishonesty, carelessness, denial, love and relationships, and treachery, among others. The composition is commendable, and the beat arrangement is typical of Afro-pop.

On “No Love (18 Plus),” Mayorkun, the “Mayor of Lagos,” is featured, and the Amapiano mood is fun and danceable. The superb arrangement, writing, and top-notch performance of the acts on this song are quite amazing and remarkable. The background backup vocals that enter at the chorus give the arrangement extra edge and mood. The trio depicts a young lover coming of age, acting irrationally and rashly, and appears to be teasing her for her prowess. The next song, “No Peace,” starts with the sound of a car starting. As the duo sings about how incapable of love they are at the moment and how injured they have been by trusting partners, the Amapiano atmosphere is also enjoyable.

Popular album track “Loyalty,” which débuted as the lead single, is a highlight. Amazing and pretty inventive, the Amapiano sound is wonderful. The song’s rhythm arrangement and composition get your feet moving as soon as the beat begins, while the lyrics include themes of love, relationships, loyalty, desire, and attention, among others.

The EP’s final track, “Burn my Cable,” features Afro-highlife and Trap rhythm elements and is a great way to wrap up the EP. The song depicts a cheating partner and how much she needs his complete focus and doesn’t care how she gets it, much to his frustration. Interludes of mellow guitar chords are interspersed throughout the song, which enhances its artistic charm.

Presenting the turbulence in relationships in very real, relatable ways as well as showing how glued to the ball their eyes are.

Load more
Tags
Ajebo Hustlers
Ikedichim Chibundu Follow on Twitter December 10, 2022Last Updated: January 4, 2023
Check Also
Close
Back to top button
Close
We use cookies on our website to give you the most relevant experience by remembering your preferences and repeat visits. By clicking “Accept”, you consent to the use of ALL the cookies. In case of sale of your personal information, you may opt out by using the link .
Cookie settingsACCEPT
Manage consent 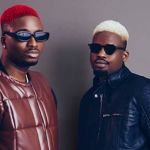