Ne-Yo, a Grammy Award winner, has released his brand-new, 13-track album, Self-Explanatory. Since making his debut sixteen years ago, Ne-Yo hasn’t slowed down. The R&B singer has released Self Explanatory, his eighth studio album. Ne-Yo began work on the album four years ago, but the pandemic seemed to slow down his plans. That notwithstanding, the 13-track album finally saw the light of day and features already previously-released collaborations with Trippie Redd, Zae France, Jeremih, and Bleu. 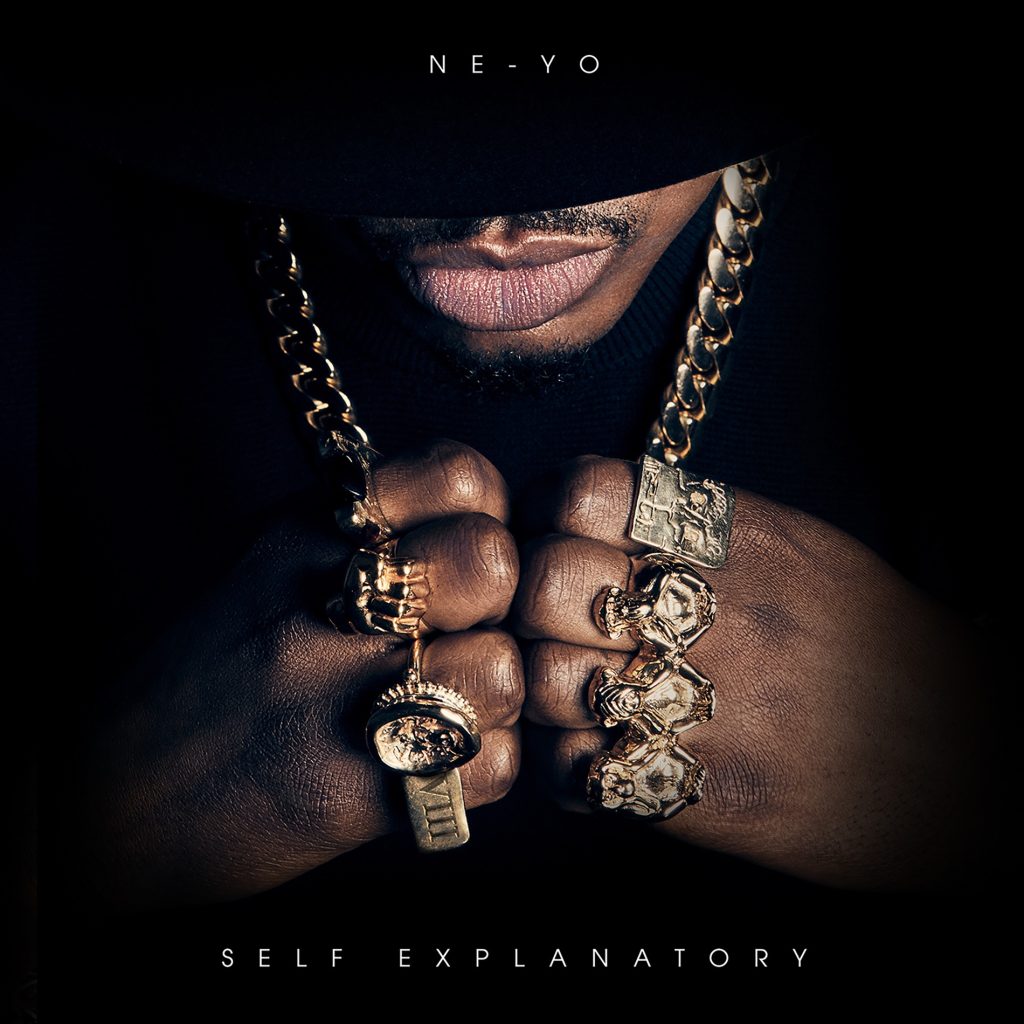 Looking flashy, Ne-Yo is adorned with gold rings and a gold chain to match, which can be seen hanging around his neck. As usual, he is rocking his trademark hat that has his name written on it while he bows his head to pose for the snap. Can’t exactly say this was a great choice of art for this album’s cover, as it can easily be mistaken for an unnecessary showoff, but who are we to say an artist can’t do whatever they please with their craft.

The thirteen-track album starts out with its first song, “Layin’ Low”, which features Zae France, the album’s first feature. In this slow R&B tune, both singers go on about a chick that is now always ‘outside’ after being introduced to some of the nice but overwhelming perks of the fast life, basically igniting the fire of the ‘bad bitch’ in her.

In “You Got The Body”, Ne-Yo dips off into the melodious zone, where he sings about his love for sexy women with banging bodies. And he’s aware that most of these chicks want something in return in most cases, but he claims he is able and capable of carrying the weight. “I got the bag. You got the body,” he sings in the chorus. Smooth tune. Fantastic production.

“After Party”, produced by seasoned beat-maker, Hitmaka, comes in next. This is one of those songs that make it to sex playlists because Ne-Yo wants to love his woman “slow and easy”, and he sings very passionately about it. This one came out nice. “Instruct me, and I’ll listen”, he says to his love interest in “Handle Me Gently”. Channelling the 80s-style of R&B, Ne-Yo wishes to know how to love his woman better and also gets his answer, which ends up as a slow and groovy jam.

“Don’t Love Me” is candid advice to his lover to fly away like a birdie and be free since he cannot love her the way she deserves. He’s literally begging her not to love him because it’ll end up hurting her. This honest energy paves the way for the next song, “U 2 Luv” featuring Jeremih. On this one, the singers appear very certain of just the person they want to love. “I don’t want nobody else”, they sing in sync on the chorus. Great production too.

Next comes another highlight of the project, “Push Up” featuring Trippie Redd, the third guest appearance on the LP. As the acoustic guitar strums its sweetness into the song, both artists serenade us as they sing about how good they enjoy the presence of their babes and how badly want to be pushed up. Big emo R&B vibes on that one. Closing out the album with Bleu on “Stay Down” starts off slow but suddenly switches up in the middle, giving the outro the needed upbeat tempo.

The album, which he described as “pretty much” a reflection of his life since 2018, is a collection of real and honest experiences and thoughts packaged into songs. On the project, he made frank attempts to convey the personal struggles encountered in his private life and relationship. He also wasn’t shy to admit his own flaws.

Load more
Tags
Ne-Yo
Ikedichim Chibundu Follow on Twitter July 17, 2022Last Updated: July 17, 2022
Check Also
Close
Back to top button
Close
We use cookies on our website to give you the most relevant experience by remembering your preferences and repeat visits. By clicking “Accept”, you consent to the use of ALL the cookies. In case of sale of your personal information, you may opt out by using the link .
Cookie settingsACCEPT
Manage consent