Since the beginning of time, pain has served as the foundation for artistic expression because it has an intimacy that is difficult to escape. There are few emotions that are more potent. Marcus Mumford hopes to join the long lists of musicians who have drawn inspiration from their suffering with his “(self-titled)” debut solo album.

The horror of child sexual assault, which Mumford first publicly discussed in the run-up to the album’s release, consumes a great deal of him and his debut. To say that this album is about abuse would be an understatement, but Mumford also uses the same direct, confrontational songwriting to address his own past and his pain. 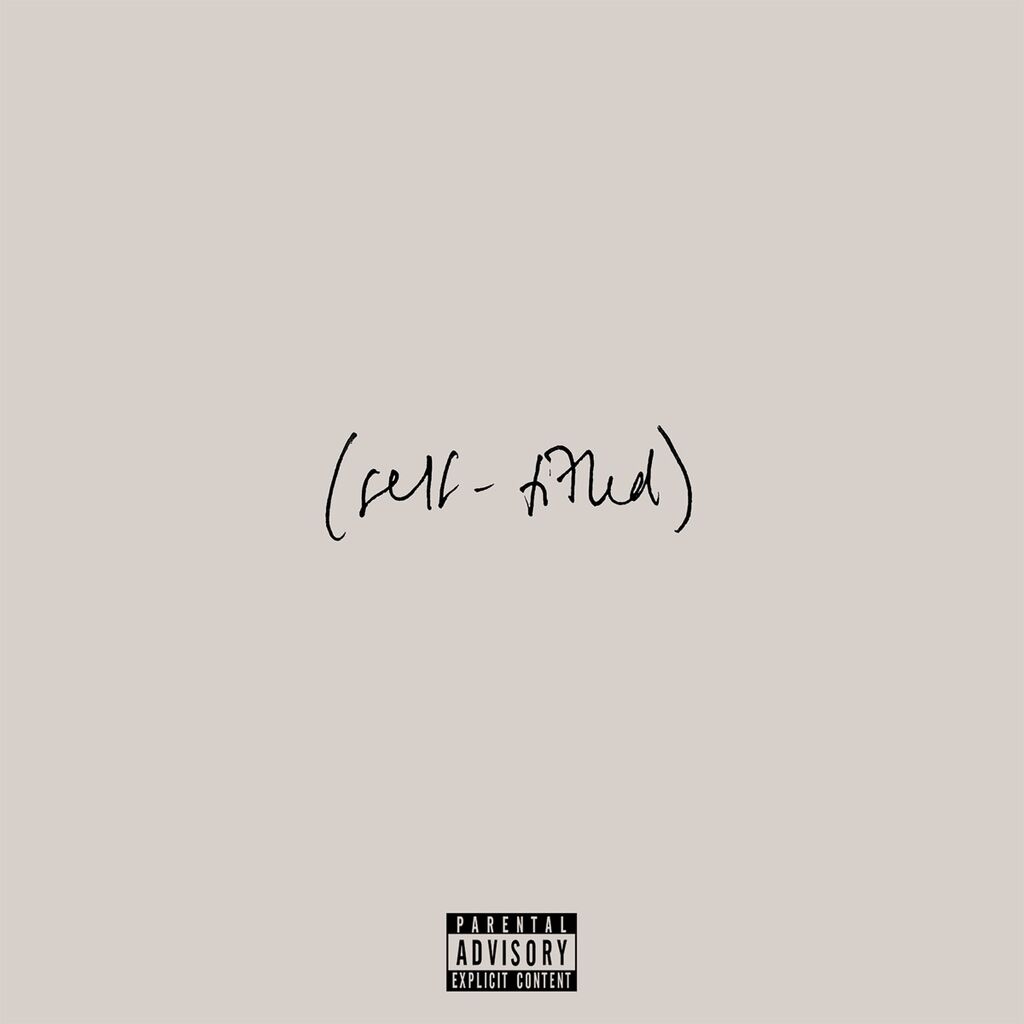 Keeping it super simple, Marcus chose a dark-grey background for his album cover cover, and on it is written the album title in a stylized font. He chose to not do too much or do at all, just like the album title in itself. That same chill, laid-back energy displayed also partly helped  with the structuring of the entire project.

The album’s opening track, “Cannibal,” addresses the abuser directly and is, to be honest, difficult to get through. To propose that a glitzy major-label folk album should have a trigger warning seems weird. This one might, too. Because this is the song in which Mumford shares his deepest secret, it is engrossing and personal, modest in scope yet tremendous in emotion. He mostly explores the straightforward folk of Joni Mitchell, Neil Young, and Phoebe Bridgers (who appears here as a guest). You are only jolted out of Mumford’s hypnosis of living through the lingering sickness that is trauma toward the end of the song when there is a sudden bolt of all-too-familiar loud stadium music.

“Prior Warning” tells the tale of Mumford’s alcoholism and deconstructs the cliché of “hitting rock bottom” with its matter-of-fact narration and Mumford slurring his voice into a mumble. You can literally sense the tension in his vocals as he seems to be speaking to his wife, the actor, Carey Mulligan, about his pain and just how much he feels he has failed her. Mumford’s family had to arrange an intervention after he fell into a hazardous cycle of self-medication, as described in the album’s most unnerving and experimental piece, “Better Off High.”

Guitars that are bouncy and upbeat fill “Grace” in plenty. It sounds like the deep sigh of relief you experience when the burden of a secret is lifted. “Better Angels” is another great song exquisitely layered and replete with trumpeted synths, while the soothing folk of the Phoebe Bridgers-featuring song “Stonecatcher,” embodies the album’s collaborative spirit.

The distinctively acoustic “Only Child,” is both sonically and structurally, is reminiscent of a heartbreaking Paul McCartney song. Marcus’ voice lingers on the gloomy “Dangerous Game” for precisely the perfect amount of time, embracing and fusing with the warm nature of his lyrics that permeates the track.

Mumford’s album’s closing track, “How,” which incorporates Brandi Carlile’s outstanding talents, completes the cycle back to catharsis. It’s difficult to say if he is forgiving his abuser, himself, or both at the same time. It serves as a somber, daily reminder of the damage caused by abuse, which endures for a very long time. In this instance, Mumford is pulling his best Matt Berninger impersonation, and he largely succeeds because to the songs’ candid lyricism and confidence in delivery.

It’s a record full of defiance, optimism, and faith, but it’s also surely an emotional and frequently heartbreaking listen. It demonstrates that even following the most severe, piercing trauma, it is still possible to find peace and start again.

Load more
Tags
Marcus Mumford
Ikedichim Chibundu Follow on Twitter September 16, 2022Last Updated: September 16, 2022
Check Also
Close
Back to top button
Close
We use cookies on our website to give you the most relevant experience by remembering your preferences and repeat visits. By clicking “Accept”, you consent to the use of ALL the cookies. In case of sale of your personal information, you may opt out by using the link .
Cookie settingsACCEPT
Manage consent