American singer, songwriter, and actress Demetria Devonne Lovato was born on August 20, 1992. Lovato achieved fame for her role as Mitchie Torres in the musical television movies Camp Rock and Camp Rock 2: The Final Jam after appearing on the children’s television program Barney & Friends. “This Is Me,” Lovato’s debut single and duet with Joe Jonas, was featured on the soundtrack of the earlier movie and reached its peak position of nine on the US Billboard Hot 100. On television, Lovato participated as a judge on The X Factor USA for its second and third seasons.

In addition to earning several honors, such as an MTV Video Music Award, 14 Teen Choice Awards, five People’s Choice Awards, two Latin American Music Awards, a Guinness World Record, and a spot on the 2017 Time 100 annual list, Lovato has sold over 24 million records in the United States. Additionally, Lovato, an advocate for a number of social causes, published the self-help book Staying Strong: 365 Days a Year and made the documentaries Demi Lovato: Simply Complicated and Demi Lovato: Dancing with the Devil. 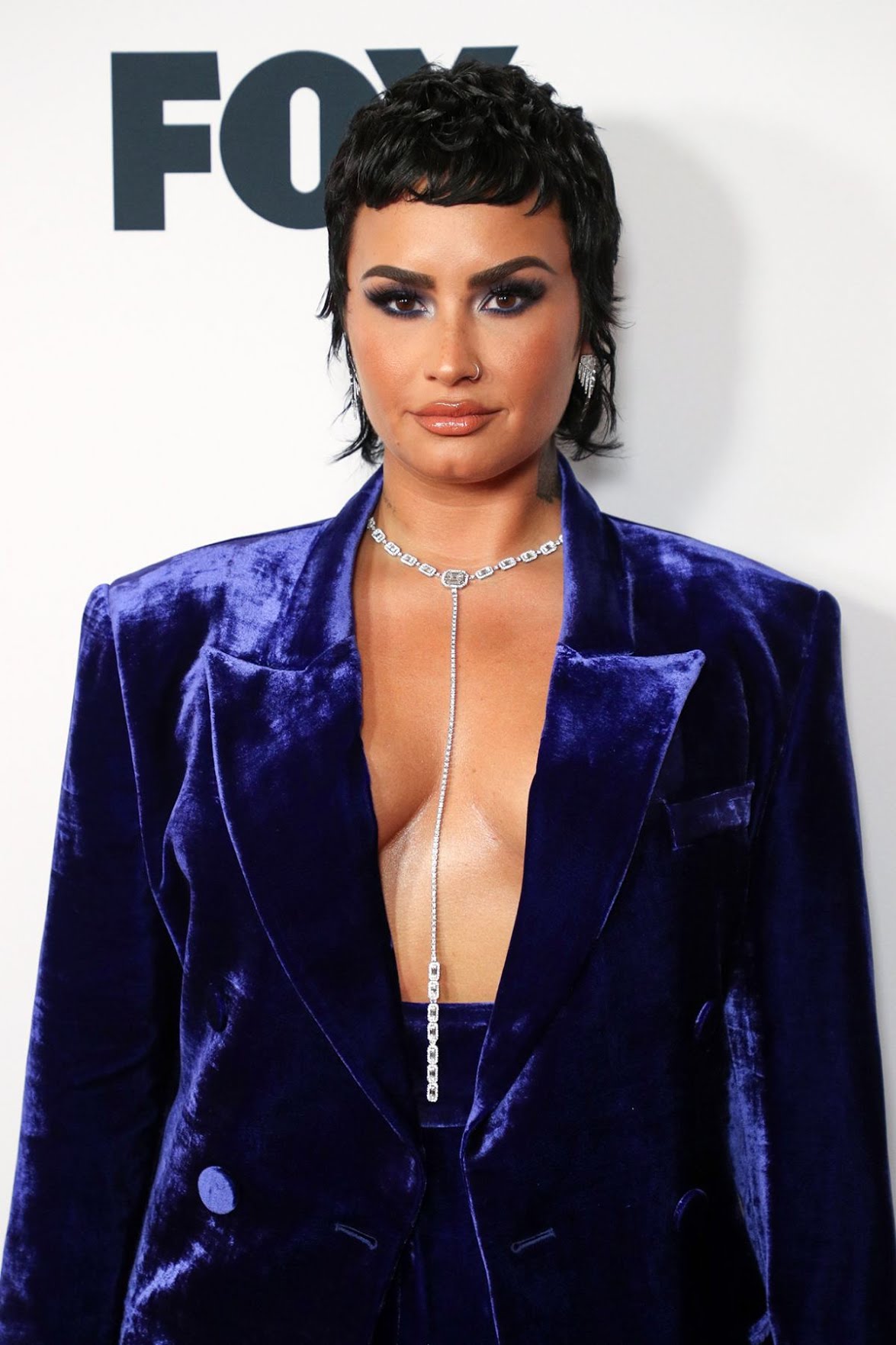 Demi is estimated to be worth $40 million. The singer and actress made her fortune from her professional career and her TV appearance as a judge on The X Factor USA talent hunt show.

Lovato invested $8.3 million in a house in the Hollywood Hills neighborhood of Los Angeles in September 2016. In September 2018, she put the house on the market for $9.5 million. In addition, Demi spent $7 million on a newly constructed mansion in Studio City, California, in September 2020. 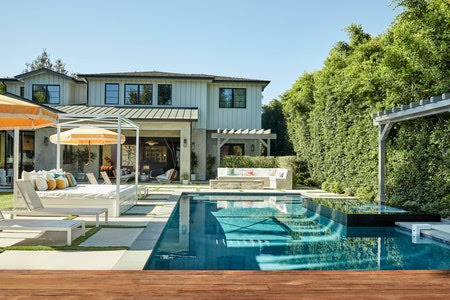 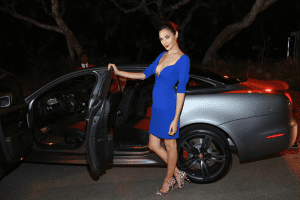 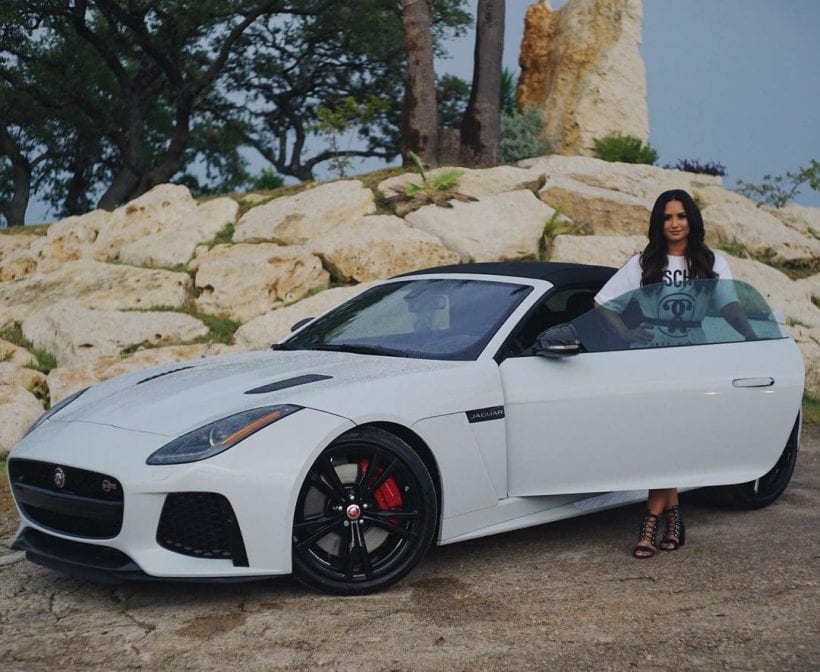 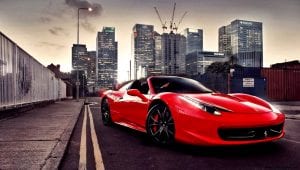 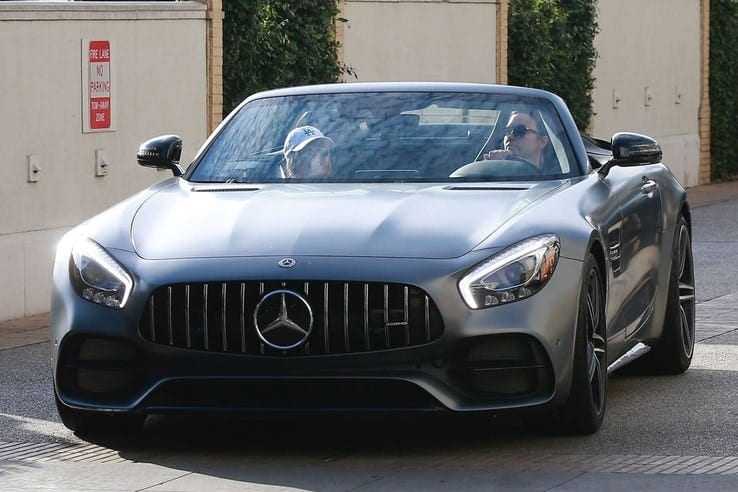 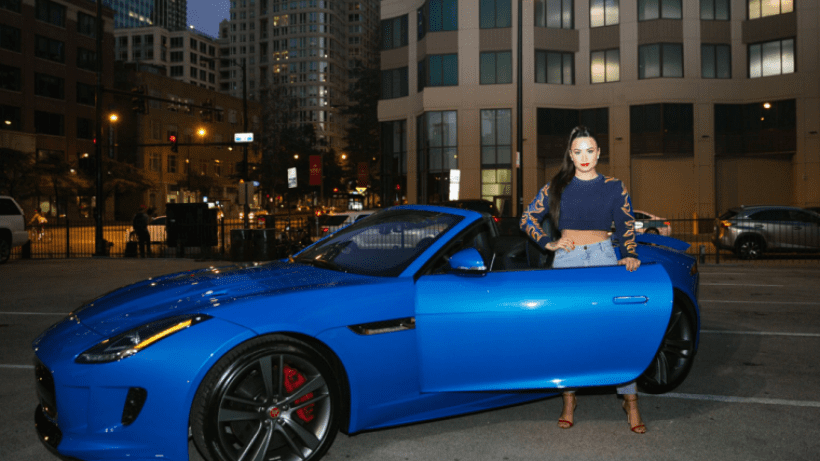 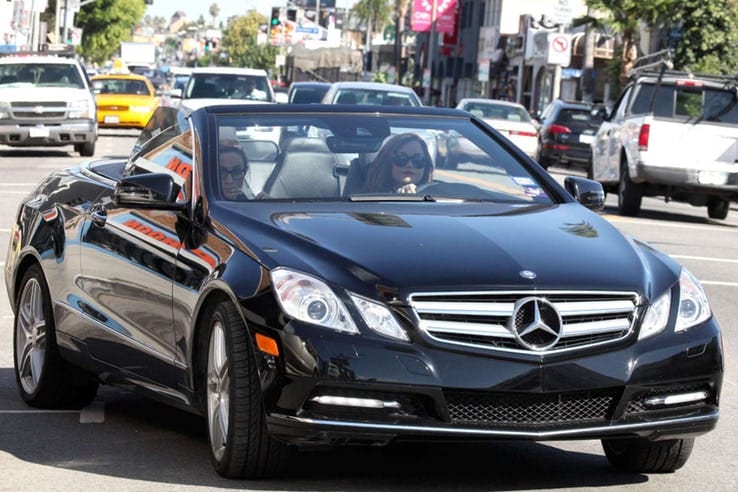 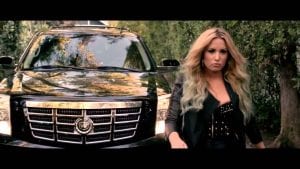 Jordan Lutes, a Canadian musician who collaborated with Lovato on her eighth studio album, “Holy Fvck,” is reportedly romantically affiliated with the “Skyscrapers” singer. Lutes, also known as Jutes, is a Toronto-based artist. Lutes just departed Capitol Records to pursue his rap music career on his own, according to a 2021 interview with The Nuance Magazine. Overrated and A Really Bad Dream are his two studio albums. 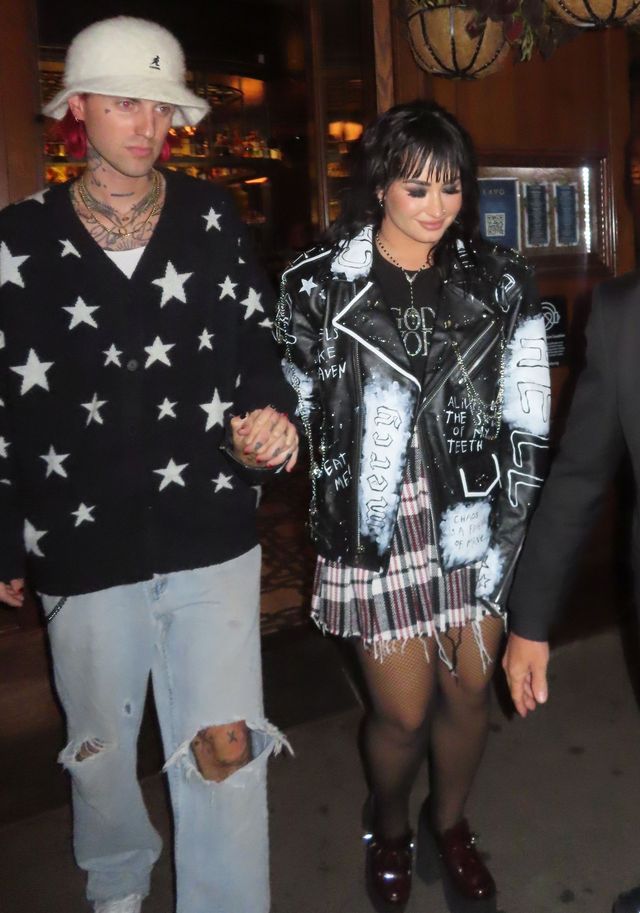 Dianna De La Garza (formerly Lee Smith), a former cheerleader for the Dallas Cowboys, and engineer and musician Patrick Martin Lovato, welcomed Demi Lovato into the world in Albuquerque, New Mexico. After Lovato turned two years old in the middle of 1994, her parents divorced. Her father was from a long-established New Mexico family and was of Nuevomexicano lineage, with primarily Spanish and Native American origins; he also had a distant Portuguese and Jewish background. Her mother’s ancestry is both English and Irish. 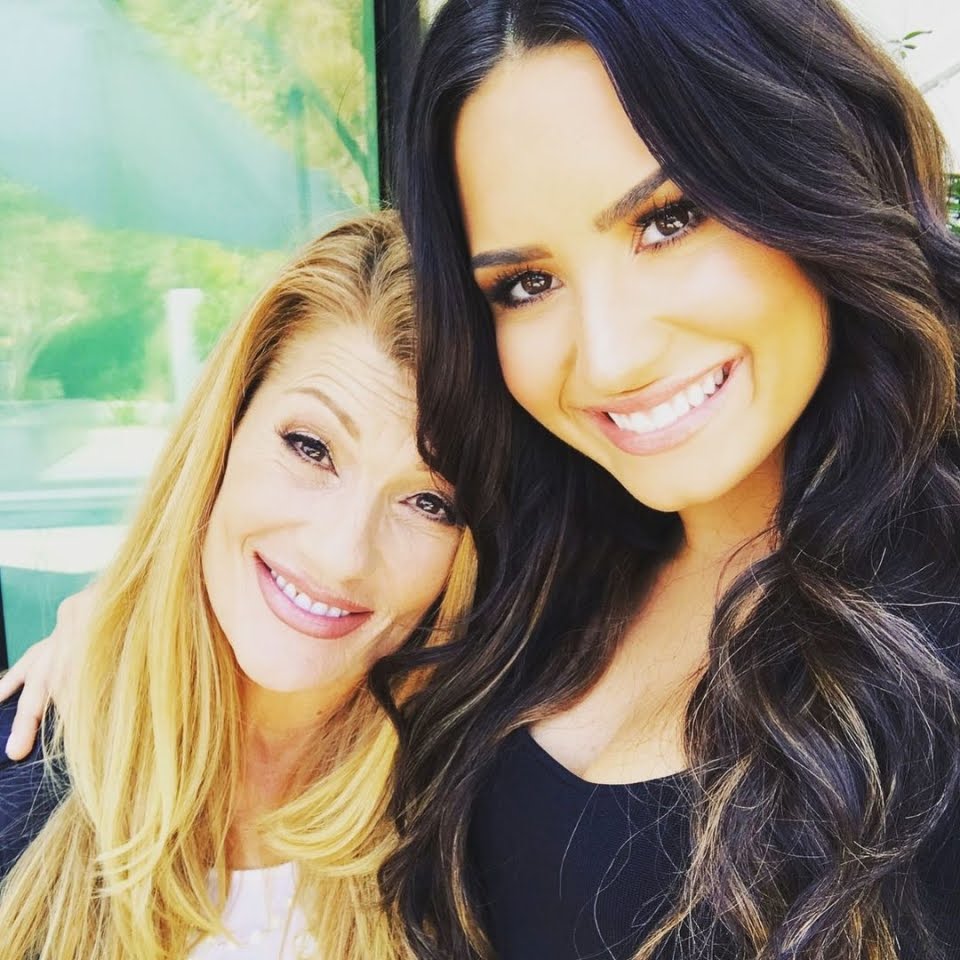 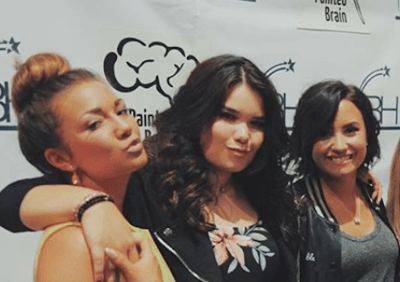 From 2009 to 2011, Lovato played the lead role in the sitcom Sonny with a Chance. She also made guest appearances on the musical comedy Glee from 2013 to 2014 and the sitcom Will & Grace in 2020. In addition, she appeared in the 2009 television drama Princess Protection Program, the 2017 animation comedy movie Smurfs: The Lost Village, and the 2020 musical comedy movie Eurovision Song Contest: The Story of Fire Saga.

While Selena and Demi were once besties, they drifted apart over the years. In April 2020, Demi shared in an interview with Harper’s Bazaar that they are no longer close.

Though the two are not friends anymore, they share the same love and respect for each other.

Despite their relationship being rocky over the years, Lovato and Cyrus consider themselves friends today. Their friendship goes way back to their days as Disney stars.

Demi Lovato and Nick Jonas were close friends during their Disney days, but the friendship ended for several reasons.

No, the two starlets are not related. Instead, Sofia considers Demi, a role model.

The brunette beauty has always been open about her inability to speak Spanish.

Yes, she can. Singing is and has been one of her many natural talents.

Very little. She is not fluent, but reports say she is learning as she digs the language.

Where can I watch Demi Lovato documentary?

Joe Jonas and Demi Lovato dated for four months back in 2010 after the release of Camp Rock 2: The Final Jam.

Did Demi Lovato get married?

Lovato doesn’t have a husband and has never been married. She was, however, briefly engaged to actor Max Ehrich in early 2020 after a whirlwind romance.

Did Demi Lovato go to college?

Demi Lovato did not go to college. Due to the bullying Lovato faced in her formative years, she moved to homeschool.

Demi and Sterling’s characters on the show share a romantic relationship. In real life, Sterling and Demi are close friends. In 2009, Sterling and Demi were rumored to be dating, but both stated otherwise, saying they were “just friends.” It is unknown if they did date in the past.

The lyrics were composed by the husband-and-wife team Kristen Anderson-Lopez and Robert Lopez.

Neymar and Demi were out for dinner, and while the outing sparked dating rumors, it seems the pair is just friends, TMZ reported.

Does Demi Lovato use autotune?

She can sing high notes successfully, which can be heard in her live performances. But, like most singers today, her production team uses autotune to enhance her vocals and fix minor issues in the studio.

Where does Demi Lovato live?

What did Demi Lovato do to Selena Gomez?

According to a source, in the past, Demi felt like Selena wasn’t always there for her and that the friendship wasn’t reciprocated.

Does Demi Lovato have kids?

Demi Lovato does not have any kids.

Does Demi Lovato have a boyfriend?

Demi Lovato and her new boyfriend, Jordan Lutes, have confirmed their relationship, so yes.

Does Demi Lovato have a sister?

Yes, she began playing the guitar at ten.

Does Demi Lovato have a documentary?

Over the past decade, the 30-year-old has released three documentaries—including 2012’s Demi L2012’s Stay Strong and 2017’s Demi L2017’s Simply Complicated—covering her struggles with mental health and substance abuse.

Has Demi Lovato won a Grammy?

So far in her career, Demi has earned two Grammy nominations. No wins yet.

Has Demi Lovato been in movies?

Lovato has starred in movies, yes.

Tags
Demi Lovato Featured
Ikedichim Chibundu Follow on Twitter January 12, 2023Last Updated: January 18, 2023
Back to top button
Close
We use cookies on our website to give you the most relevant experience by remembering your preferences and repeat visits. By clicking “Accept”, you consent to the use of ALL the cookies. In case of sale of your personal information, you may opt out by using the link .
Cookie settingsACCEPT
Manage consent